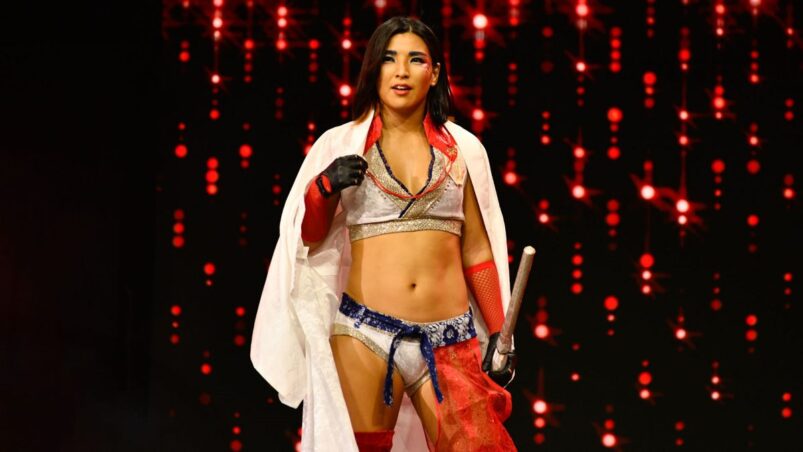 An unfortunate bit of news has struck the Owen Hart Foundation Tournament in All Elite Wrestling. Hikaru Shida was reportedly injured as part of last night’s television tapings in Long Island, taking her out of action for the duration of the tournament.

There is currently no word on how exactly Hikaru was injured, but it was likely sustained during the brutal Street Fight between her and Serena Deeb a few weeks back on Dynamite. The news was broke by Tony Schiavone during an interview segment with Jade Cargill and her stablemates. Shida is set to be replaced by Kris Statlander for the upcoming tournament matches.

Shida was set to compete in a first-round match against Red Velvet and was poised as a likely contender for the inaugural winner’s spot at Double or Nothing.

We wish her the best in her recovery.