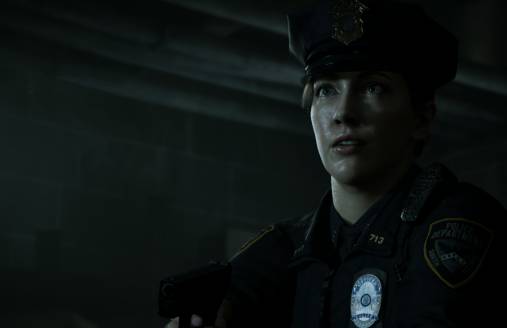 It’s not been “a thing” for all that long, having been announced at E3 2017, but it feels as if people are already writing off the PlayLink series for the PS4. That’s You! left a distinct non-impression on most people, a party game that acted as more of concept than something to convince gamers that Sony was bringing the party game back with a bang.

Thankfully, Supermassive Games’ Hidden Agenda is a massive improvement and points towards an intriguing future for PlayLink, though it’s hard not to acknowledge that it’s also quite the flawed product.

Things start off quickly in Hidden Agenda: Supermassive make a point of integrating the tutorial within the game itself, which will help those who typically don’t live and breathe video games. The only other game my girlfriend has played to completion is Until Dawn, also from Supermassive, and she had great fun playing that and Hidden Agenda. It shows that PlayLink brings everyone around the PlayStation, even if it isn’t always a smooth process. 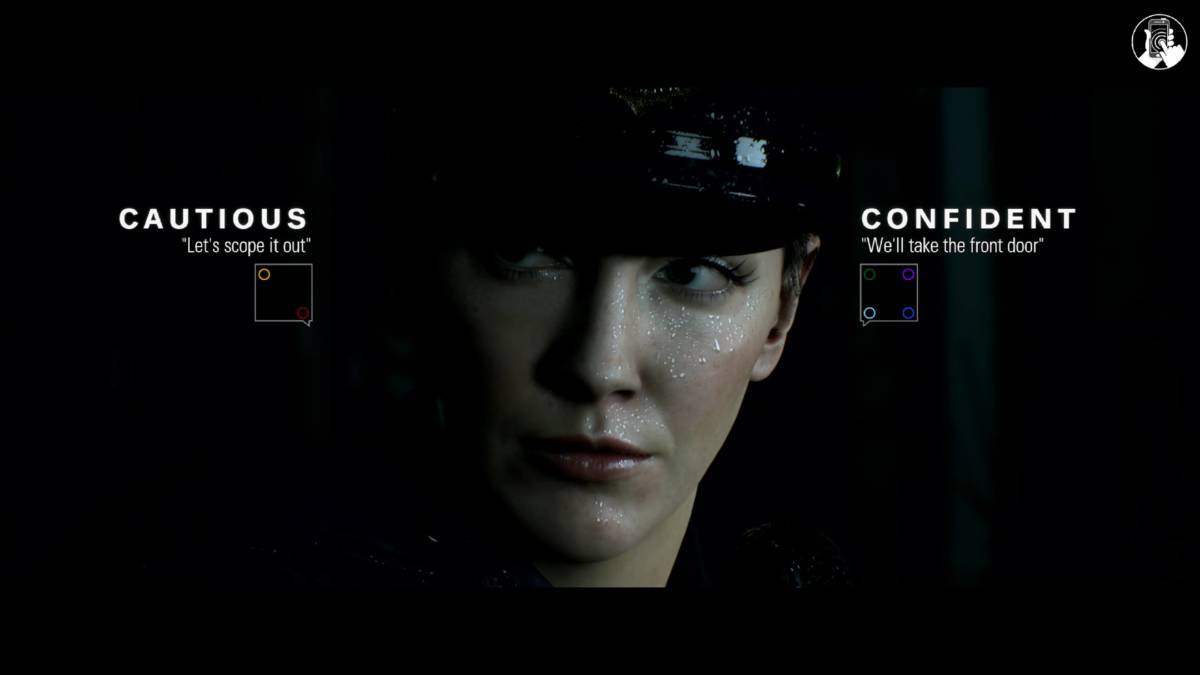 Casting aside the controllers for smartphones, Hidden Agenda asks that you synchronise with the same Wi-Fi as your PS4 and use the app to control the game. Sounds simple enough, but over three gameplay sessions, it never worked as intended because the app would perennially be searching for a game for at least one of us. Luckily, the PS4 was able to act as a hotspot (I didn’t even know it could do that) and we were able to both connect, though it’s hardly the seamless experience that would be wanted if you’re not much of a gamer. I can actually picture dads across the world giving up on it at the first hurdle.

Once into Hidden Agenda’s police procedural world, it turns into a game of cat and mouse between you, Becky Marnie, a disgraced detective, and the real culprit of a series of grisly murders aimed against the law that led the wrong man to getting convicted. Or so you might think.

Hidden Agenda is full of twists, some small, some large, that you may feel like you’ve seen before, though that says more about procedurals rather than the game. It plays like an interactive version of The Killing and has just as high stakes, though its characters aren’t nearly as layered – the price you pay for having a game that a party of players can get through in an evening. 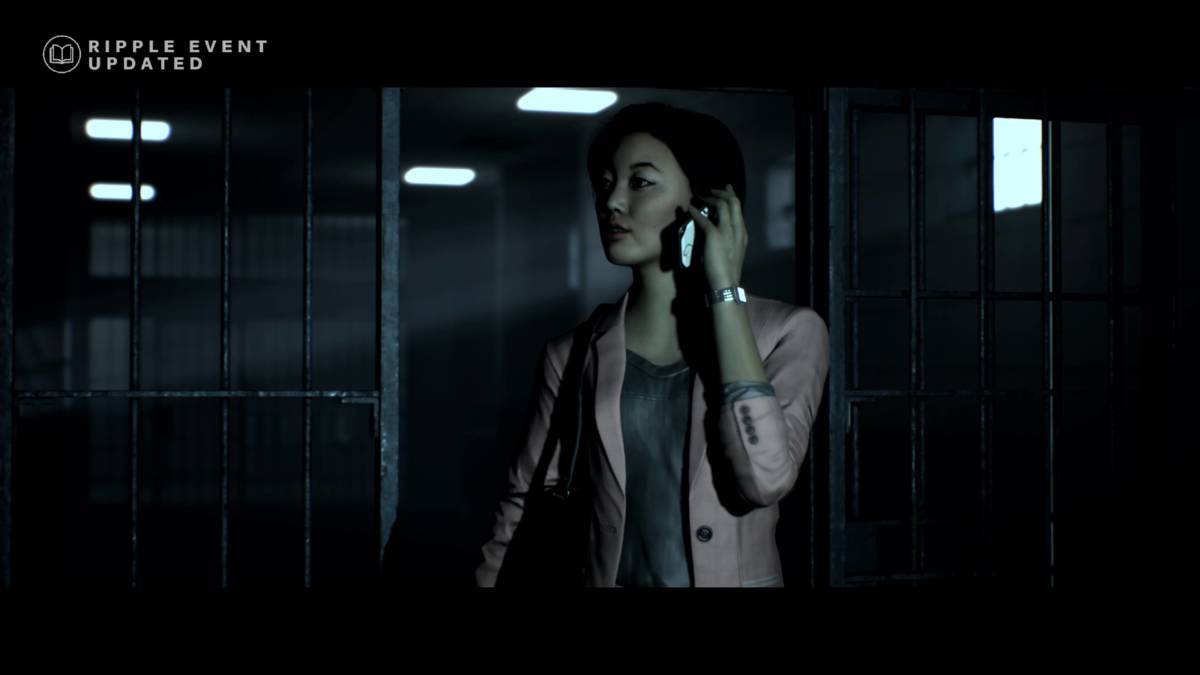 Playing Hidden Agenda is simple: if you’ve ever experienced a Telltale game or Supermassive’s earlier work, you will recognise it as a narrative-driven affair that is lighter on the gameplay side of things. Owing to the proceedings only being controlled via a smartphone, you never get direct control of the protagonist in terms of movement, but you can dramatically change up the way things pan out with a simple choice.

For instance, the opening scenario sees you taking down The Trapper as he tries to claim another victim. The confrontation itself presents you with a straightforward choice: shoot him or don’t. On my first playthrough, I opted not to and Marnie eventually shot him herself as he kept glancing at his gun. On my second run, I shot him as soon as I had the chance and the butterfly effect was noticeable. The errant bullet landed in a fish tank, spilling water onto the floor and eventually electrocuting my partner, killing him. Before, this partner had gone on to become my boss. Now, he was replaced by an entirely new and unique character. I was pretty damn impressed. There are plenty of other little quirks like this, but to list them off would be to spoil them.

I had thought that controlling the game with my phone would be finicky, but apart from a couple of unimportant moments when it didn’t accurately track my selection, it was a breeze. When playing with another person in the story mode, you must unanimously agree on a decision by sliding your finger across the screen on your phone to the selection box on the TV screen. At other points, Hidden Agenda chucks up some QTEs that are pretty unforgiving and the chance to scan an environment for typically three clues. It never dwells on one facet of its loop for too long, which keeps the experience pretty fresh throughout. 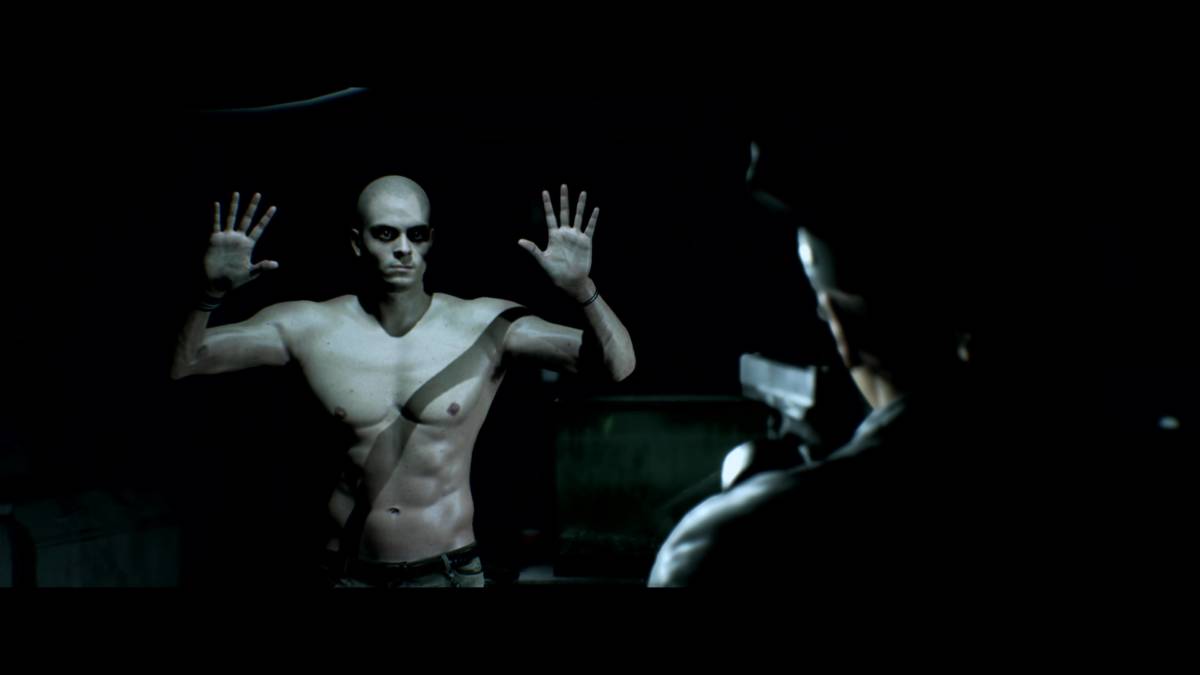 Something which seems to work with a party of six far better is competitive mode; I didn’t really get a chance to try it out to the fullest because I am a bit of a William Friendless. Still, even with just two players, it’s a lot of fun, asking one player to try to work towards a secret objective that the other accidentally obliges for more points. I discovered that my girlfriend is a master spy as she relentlessly made me look like a fool while I grinned like an idiot every time I received a secret mission.

Technical issues might deter some to begin with, but they do crop up throughout Hidden Agenda, too. Facial animations, while solid, look a little basic compared to Until Dawn and seem to vary wildly in quality – some characters look passable while others look like they’re on day release from Uncanny Valley. Transitions are also rather hamfisted, randomly dipping to black and showing what looks like glimpses at other, unrelated scenes. Hidden Agenda also crashed once while I was playing, though it constantly saves your progress so it wasn’t too frustrating.

Hidden Agenda’s biggest downfall, however, is in how randomly some of its endings come. A couple of hours in, the stakes get raised to the end credits abruptly rolling after the wrong choice, but there’s no real warning that that’s the case. After seemingly making all the right choices, I was plotholed into confusion and told that my time was up. Considering you can’t just dip in and out of different scenes and change things around, I would have had to resit the last two hours of cutscenes and QTEs to get there. I just wasn’t up to it, and neither was my partner.

Minor and major quibbles aside, I still had a lot of fun with Hidden Agenda and would probably revisit it in the unlikely event that I had more than four people in my house at one time. If you’re stuck for something to do with the in-laws, try some bonding with a murder mystery, just like they did in the good old days.

Verdict
It isn't without some (pretty irritating) flaws, but Hidden Agenda could be the game that shows people what PlayLink is made of.
7.5
Cultured Vultures is a pop culture website established in 2013 covering all things gaming, movies, and more. We eat your words.
All The News On The Biggest Games