You're going to love it. 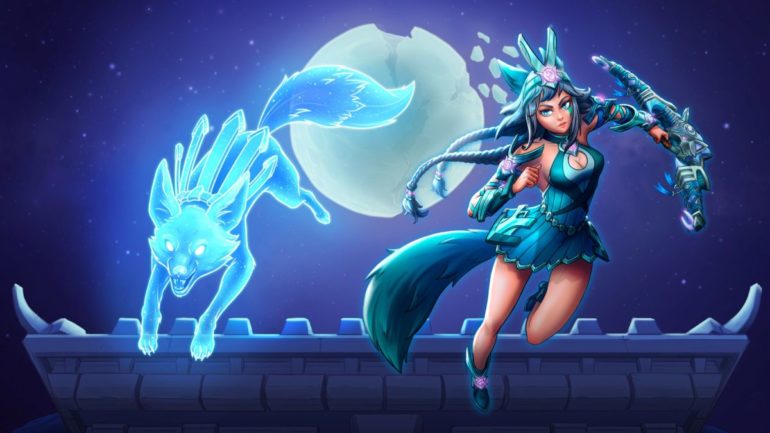 Hi-Rez Studios have announced that from today, Paladins players on PC, PS4, Xbox One and Nintendo Switch will be able to play together with full cross-play support. Furthermore, that full support will soon be extended to SMITE and Realm Royale, though a time frame wasn’t given for the other games. To celebrate this news, Evil Mojo Games, the subsidiary of Hi-Rez dedicated to Paladins, published this absolute banger of a video. Check it out below.

If you ever wanted to see 7 fully grown adults prance around on a field while “Also Sprach Zarathustra” plays in the background, you’re in luck. Also, you have really specific video tastes, but fair play to you, it really paid off today. Either way, the video represents players from the four big platforms coming together to play video games, which is just lovely. The cross-play update coincides with the Pirate’s Treasure update, which adds a new Battle Pass to the game.

It’s worth noting that Paladins, SMITE and Realm Royale currently support cross-progression or cross-commerce, so achievements and trophies earned won’t translate to other platforms, nor will any items purchased via the in-game store. Hi-Rez do note that they’re currently working with Sony to provide a solution on this, so hopefully it won’t be long before Hi-Rez Studios offer full cross-platform support the majority of their games. With the recently announced Rogue Company also set to support cross-play and cross-progression, this seemed like a natural move.

Will you be playing Paladins now that it’s introduced cross-play? Let us know in the comments below.