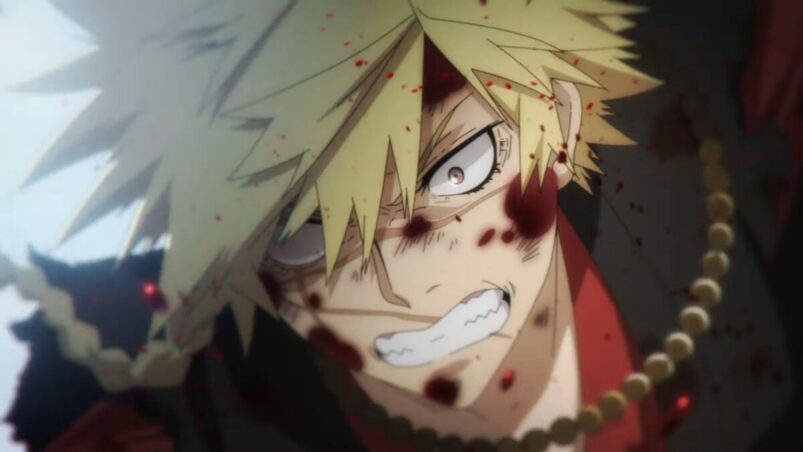 Every anime category has been having a truckload of new entries, but the dark fantasy genre in particular has thrived the most with so many praiseworthy additions like Overlord and Chainsaw Man. Luckily, things won’t be slowing down anytime soon as Hell’s Paradise: Jigokuraku: Season 1 is set to join them next.

The peculiar story of the assassin “Gabimaru the Hollow”, penned by Yuji Kaku, will finally be receiving an anime adaptation. The official Twitter account of the series confirmed that an anime is in the works, and while all that many details aren’t available, here’s everything you need to know to get invested.

When Is Hell’s Paradise: Jigokuraku: Season 1 Coming Out?

Crunchyroll has confirmed that Hell’s Paradise: Jigokuraku: Season 1 is scheduled to release in 2023. The exact date however is yet to be revealed, but we’re speculating that the anime will air sometime in the summer or fall of 2023.

What Is Hell’s Paradise: Jigokuraku: Season 1 About? (Spoiler Alert)

Hell’s Paradise: Jigokuraku: Season 1 will follow the story of eccentric assassin Gabimaru the Hollow. All is going well until he gets captured and is sentenced to death row. Unable to die due to his superhuman physique and allegedly a burning desire to return to his wife, the Shogunate offers to make him a free man again if he’s successfully able to retrieve the fabled elixir of life from the dreadful land of Shinsenkyo.

The Hell’s Paradise anime should be a faithful adaptation of the manga, but there’s a high chance of us seeing a few changes in the plot’s layout. That’s because Studio MAPPA will be making the anime, and the studio does have a history of shaking things up a bit with the plot, although that isn’t a big concern as whatever they end up doing enriches the story tenfold.

The first trailer for Hell’s Paradise: Jigokuraku: Season 1 officially confirmed that the anime will be made by Studio MAPPA. The renowned studio behind numerous critically acclaimed anime such as Attack on Titan, and Jujutsu Kaisen is set to deliver us Hell’s Paradise next.

Undoubtedly, MAPPA securing the anime adaptation has been the biggest win for anime fans. Aside from cutting-edge animation quality, giving every manga adaptation a unique spin on the world-building aspect is something the studio is known for— bewildering both newcomers and veteran readers alike.

Where Will Hell’s Paradise: Jigokuraku: Season 1 Be Aired?

Currently, there’s no word on where Hell’s Paradise: Jigokuraku: Season 1 will be aired, although, we have a hunch that Crunchyroll and Funimation would likely stream the anime. But if Netflix decides to license it, then that’s where you’ll need to head.

The Hell’s Paradise manga was rapidly gaining popularity even without having an anime due to its epic dark fantasy lore and seinen story approach, but now as an adaptation is officially in development, we can assure all fans looking forward to the anime that the hype building up will definitely be worth the wait.

READ NEXT: Blue Period: Season 2 – Release Date, Story & What You Should Know