All the momentum from the 2018 film is lost in this one. 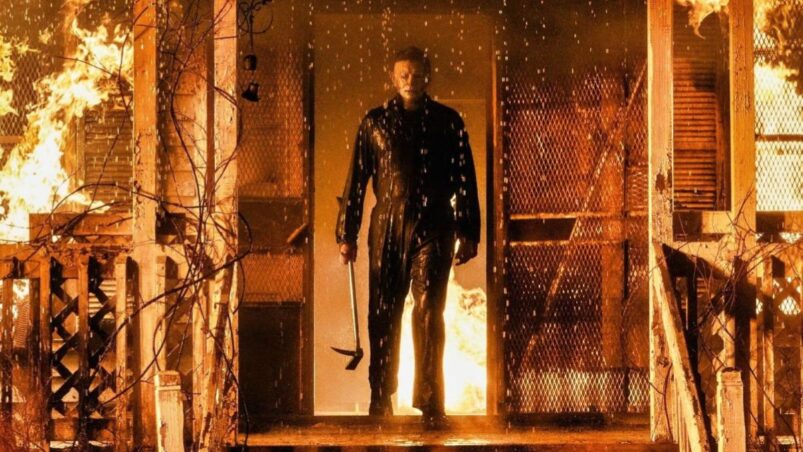 The ending of Halloween (2018) doesn’t leave much room for starting a sequel off slowly. I hoped that maybe we’d get a feature that rivaled the sheer adrenaline of the opening twenty minutes of Rob Zombie’s Halloween II. I hoped Halloween Kills might dispense with the almost always lackluster story moments between horror set pieces and deliver a Halloween movie that built on the examples of Mad Max: Fury Road and High Tension.

These hopes were immediately dashed when Halloween Kills opens with a flashback to 1978. Not only does this squander the built-in momentum of picking up where the previous film left off, but it also engages in an embarrassing trio of errors that set things on the wrong foot.

First, there’s a use of archival footage from John Carpenter’s 1978 original. Second, there’s the appearance of Dr. Loomis, originally played by the late Donald Pleasence, but here portrayed in awkward make-up by Tom Jones Jr. and vocally imitated by Colin Mahan. And finally there’s the decision to retcon (a classic move of the Halloween franchise that this new batch was seemingly disavowing by ignoring the previous sequels, but is apparently not) a brand new character into the night of the 1978 murders so that he can appear as an adult in this film.

Each of these decisions feels genuinely embarrassing. All they do is highlight that this film is not Carpenter’s original masterpiece and that despite the seeming acknowledgement in Halloween (2018) that the aggressive retconning of the original sequels was bad, this movie then engages in the same lazy, and frankly annoying, creative decisions. To say nothing of the uncomfortable and arguably disrespectful use of Pleasence’s likeness.

And that’s just the first ten to fifteen minutes. We then return to the present, or rather Halloween night 2018, but instead of picking up directly where the last film ended we’re treated to a lighter but no less ridiculous and disappointing “meanwhile” retcon. We’re placed at a bar with new character Lonnie (Robert Longstreet) and Tommy (an incredibly committed Anthony Michael Hall doing his best with this material), one of the children that Laurie Strode (Jamie Lee Curtis) was babysitting on the night of the original. And this is where one of the film’s mantras begins – we hear “40 years ago” no less than ten times throughout the hour and forty-five minute film and at least three of them come from this one scene.

When Tommy learns of the killings that have taken place he decides that he will organize the town to take down Michael. It’s not a bad premise, in fact it’s somewhat exciting at first that a horror film in the 2020s might end up feeling like a throwback to classic westerns, but instead of a modern retelling or an homage, it ends up feeling like a fifth grader’s adaptation of The Ox-Bow Incident.

There’s no nuance as Tommy’s organizing efforts soon create a violent mob, just some awkward haranguing about how all human beings are monsters. The film also seems ideologically confused about vigilante and mob justice as it waffles between showing this as necessary, evil, effective, and foolish throughout its runtime. It also gives us the film’s second mantra “evil dies tonight,” which literally becomes a mantra as the mob chants it on their hunt for Michael.

Through all this, Jamie Lee Curtis’s Laurie (the best part of the 2018 film) is largely absent or confined to her hospital room as she recovers from injuries sustained in the last film. It’s shocking given that this is a problem in 1981’s Halloween II, which largely leaves Laurie alone to follow a series of interesting murders of uninteresting characters. This is exactly what we largely get here, as some of the kills are shockingly gruesome for a mainstream horror film, and one sequence delivers on the promise of picking up where the last film left off as Michael takes on a group of firefighters inside and in front of the burning Strode home, but none of it really feels like its doing anything with tension or to progress a story.

To be fair there is one pair of new characters that are interesting, the couple of Little John and Big John who live in the old Myers house. But they feel like they’re in their own movie or even sitcom, a charming comedy about the funny gay couple who don’t really like kids and are well suited to each other despite their differences. This is just one instance of a problem that plagued the 2018 film as well: an overreliance on comedy. This comedy seriously muddles the tone of these films, more so in this film than its predecessor given the extreme brutality of the kills and the attempts at gravitas.

The worst of these attempts come as Laurie speaks with Officer Hawkins (Will Patton) about how Michael transcends humanity every time he kills and how as an embodiment of evil he may be unstoppable. It’s not that the ideas here are bad, in fact it’s the feeling that Michael is an almost metaphysical force of evil that makes the original film so frightening, compelling, and even intellectually interesting.

But it’s exactly the lack of discussion around it in that film that makes it work so perfectly. Here it feels as though the writers (including director David Gordon Green) are doing their best to emulate the language of the Coen brothers adapting Cormac McCarthy’s No Country For Old Men and its discussions of Anton Chigurgh as an unstoppable evil, and utterly embarrassing themselves.

Halloween Kills is a huge disappointment, not only in the face of the original Halloween, but also in relation to Rob Zombie’s sequel to his first remake, and the film that preceded this in this most recent continuity (which had its own issues as well). The film is embarrassing in a number of ways and ends up feeling like a cheap cash grab while also attempting and failing to “say something”. 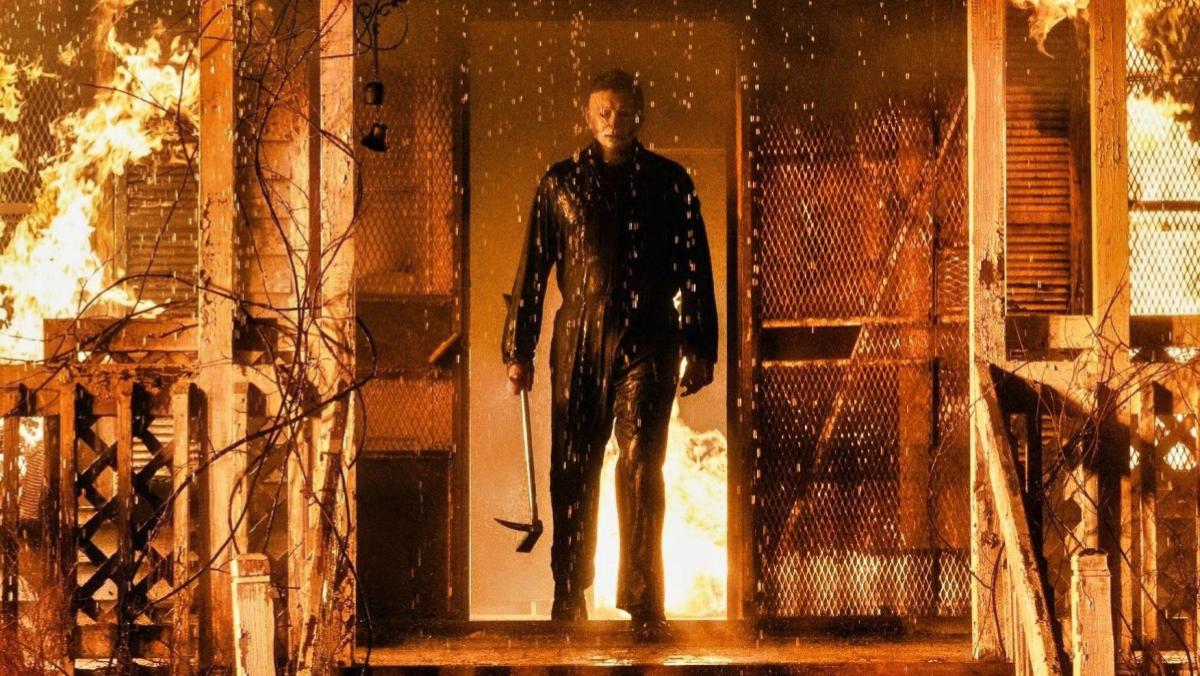 Verdict
Halloween Kills is an embarrassment to its predecessors and feels like a cash grab foolhardily attempting to take on the burden of thematic heft.
3
Cultured Vultures is a pop culture website established in 2013 covering all things gaming, movies, and more. We eat your words.
All The News On The Biggest Games