Home
Gaming
Guardians Of The Galaxy: 5 Things You Should Know
Gaming
·2 min read

Guardians Of The Galaxy: 5 Things You Should Know

Hoping for a dance-off to save the universe. 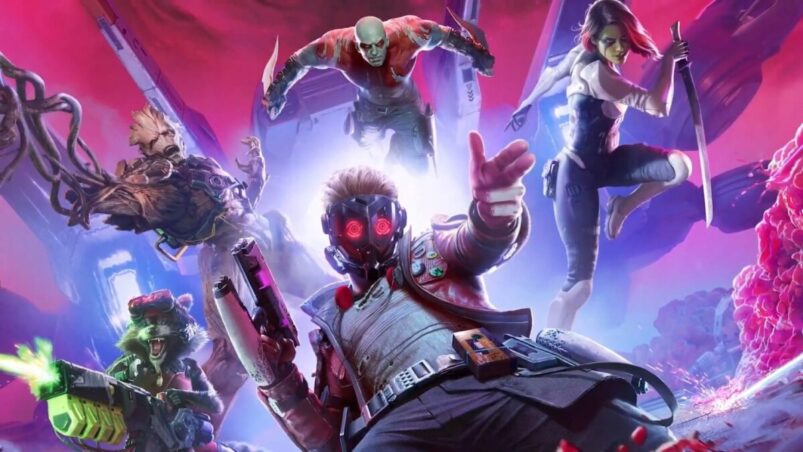 For the most part, fans weren’t impressed with Square Enix’s E3 2021 offering, but that doesn’t mean there weren’t talking points. Life Is Strange: True Colors looks fantastic, and Stranger Of Paradise: Final Fantasy Origin’s quest to “kill Chaos” delightfully promises to be some 00s-era edgelord bait, but perhaps the biggest talking point is Marvel’s Guardians of the Galaxy. Square Enix would know, they spent most of the showcase talking about it.

Here’s everything you need to know about Marvel’s Guardians of the Galaxy ahead of the game’s launch.

What Is Guardians Of The Galaxy?

Guardians of the Galaxy is a third-person, single-player, narrative focused action adventure game in which you control Star-Lord, accompanied by the rest of the Guardians, as you try to save the galaxy from a variety of unique threats. The game boasts a unique story borrowed from the decades of history that each character has, along with the aesthetic that led to their first live-action movie becoming a huge mainstream success.

You Can Only Play As Star-Lord?

Yes, as mentioned, Guardians of the Galaxy is a single-player only game, with you spending the game’s entire run-time playing as Peter Quill, exploring the galaxy alongside the rest of the Guardians. Gameplay-wise, the other Guardians will still make an appearance, with the player able to issue orders to Gamora, Drax, Rocket and Groot to focus on targets and use special abilities. It seems similar to Mass Effect in that respect, with time even slowing down so you can make those choices.

What’s The Story For Guardians Of The Galaxy?

Set one year after the superhero team first formed, Guardians of the Galaxy sees the iconic team accidentally creating a dangerous threat to the entire galaxy, and will feature a mix of familiar characters and obscure comic book pulls that you’ll be surprised to see featured in a AAA video game. Also, Cosmo the Dog is in this game, so 10/10 GOTY.

One of the more intriguing aspects of the story is that you can make choices as the game progresses, which will see different parts of the story play out differently and result in repercussions for the team, potentially upping the game’s replay value. However, Eidos Montreal have confirmed that the game will begin and end in the same way regardless of your choices. The choices are there to add individual flavour without resulting in two wildly different campaigns.

Oh, and the soundtrack will play a big part in this game too. Of course it will.

How Much Is Guardians Of The Galaxy Like Marvel’s Avengers?

Marvel’s Avengers was arguably one of the biggest disappointments of 2020, so it’s refreshing to see Guardians of the Galaxy offer a completely different experience than Avengers’ live service bloat. Guardians of the Galaxy is a single-player only game, with no live service gameplay loops, and crucially, the developers have promised “no DLC or microtransactions”. The fact that no microtransactions is now a selling point for a game shows how far this industry has fallen into the gutter, but that’s another story.

Where And When Can I Play Guardians of the Galaxy?

Guardians of the Galaxy will be coming to October 26th for PC, PS4, PS5, Xbox One, Xbox Series X | S, and Switch. Pre-ordering the game will net you Throwback Guardians skins, while the Deluxe Edition includes the game, an artbook, a full soundtrack download and Steelbook case, along with the Sun-Lord and City-Lord outfits for your boy Peter Quill. So no microtransactions, but there are pre-order skins. It’s not the best, but I’ll take it over a new Avengers-like game.