A book that radiates positivity, even during the darkest moments. 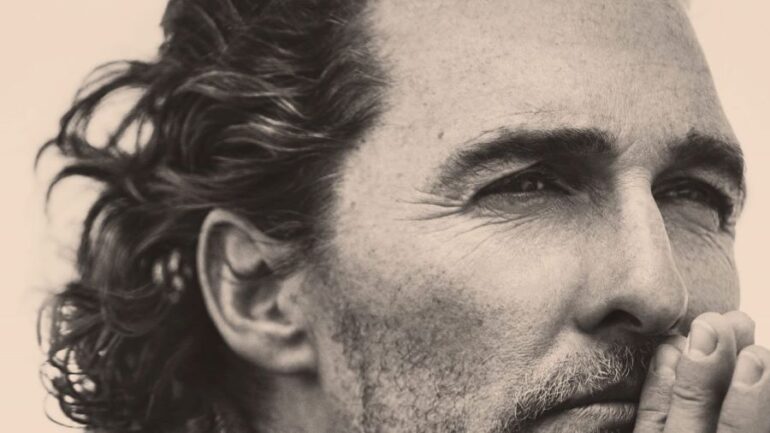 While it takes talent to be a great actor, it takes something truly special to be an unforgettable one. In his film performances, Matthew McConaughey always brought an odd mysticism, a charm that I couldn’t quite put my finger on. It always enticed me whenever I watched him in one of his roles. Thankfully, that charm translates beautifully from the screen to the pages of his memoir, Greenlights.

Greenlights is a very uplifting and inspirational read. Published by Headline Publishing, the nature of his reflection on his life is really important as a form of entertainment, considering the period it got released. Coming in at just under 300 pages, the book spans over the highs and lows of his fifty year long life, ranging from the rough-and-tough days of his youth, his rise to stardom, meeting his one true love, all the way to more recent milestones in his life, like his role in True Detective and winning the Oscar for best actor. There’s also a lot of visual stimulation to go with the text: there are extracts from his journals, photographs from the days of his youth, and bumper stickers which McConaughey likes to collect.

The writing throughout the book has a consistent humorous nature which carries on throughout the book. McConaughey points out early in the book that humour has always been a reliable coping mechanism and it’s very apparent from the language in the text. Even during tragic events, like his father passing away, he still manages to put a twist of black humour on it and it really adds to the tone that this book is trying to go for, always trying to stay positive even when life kicks you down.

When he woke up that morning at 6:30, feeling frisky, he made love to the woman he divorced twice, and married three times… He had a heart attack when he climaxed. Yep, he called his shot all right.

Being an actor, a fair portion of the book is dedicated to looking on his acting jobs, and it is cool to see some behind-the-scenes stories – Reign of Fire’s Van Zan has always been a character I enjoyed, and it’s funny to see McConaughey describing his roles in rom coms as “taking the baton from Hugh Grant”. It’s also nice to see the stories of events that shaped the man we all know today. McConaughey has a talent for introspection, and it’s really inspiring to see how he could see otherwise minor events as a life lesson. One story that stuck out to me quite early on was when he lost ‘his mojo’ after trading his black truck, something he saw as an object to represent his hard work ethic and drive, for a ‘fucking red sports car’, a possession which he believed was a reflection of his vanity.

The book finishes up recounting the life with events in 2020, something McConaughey describes as a redlight for others as well as him. So, he wrote Greenlights to keep as a record of his lifetime, he also wrote it with the secondary objective to inspire readers, and he does just that. As well as being hugely entertaining and funny, Greenlights is a strong biography that everyone needs to read, either just to perk yourself up emotionally with a few laughs or as encouragement to reflect on life’s lessons.

I’m not perfect; no, I step in shit all the time and recognise it when I do… We all step in shit from time to time… Stepping in shit is inevitable, so let’s either see it as good luck, or figure out how to do it less often.