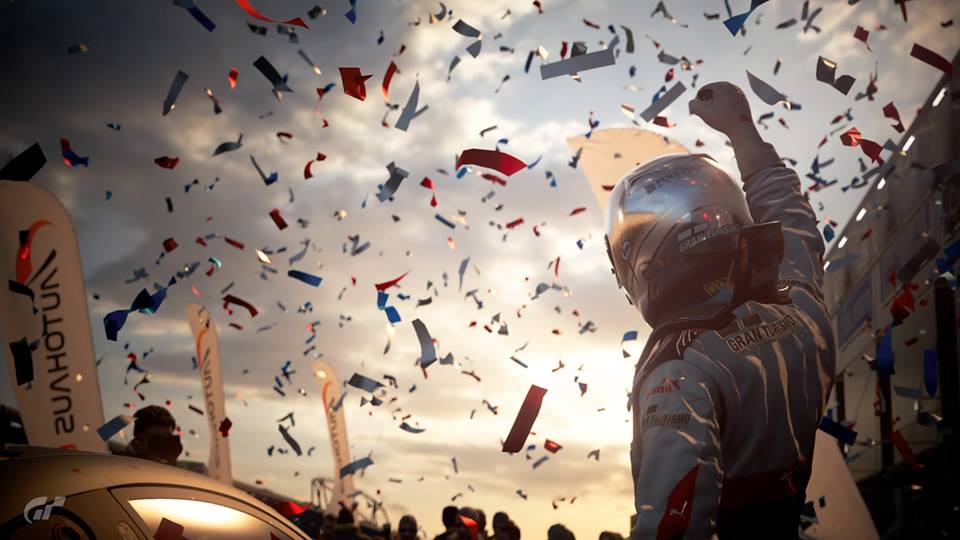 Under its hood, Gran Turismo Sport is a beast, revving and purring along and earning its place as one of the best racing games around. On its exterior, however, GT Sport doesn’t always wow as much as it should. It’s an unusual experience that feels stuck in two minds, but one that has enough going on to recommend it nonetheless.

The most important thing to remember about Gran Turismo Sport is the lack of a number at the end of its name. This isn’t a mainline entry in the famed series: it’s a long in the making experiment to marry the GT foundations with something nearing on a profession – Polyphony’s latest foray is a strange mix of pick-up-and-play and don’t-even-approach-this-if-you-have-obligations-in-your-life. GT Sport is catered towards those who want to take to the tracks online and come out on top, which leaves those who prefer offline experiences scrambling for value.

This is pretty obvious from the way the game presents itself, nudging you regularly towards online races at the expense of much that’s focused on single-player. Despite some reports, there is a lot of content here to tuck into without going online, but the way that it’s been put together did make me think (rather cynically) that it was an afterthought to assuage some fans. 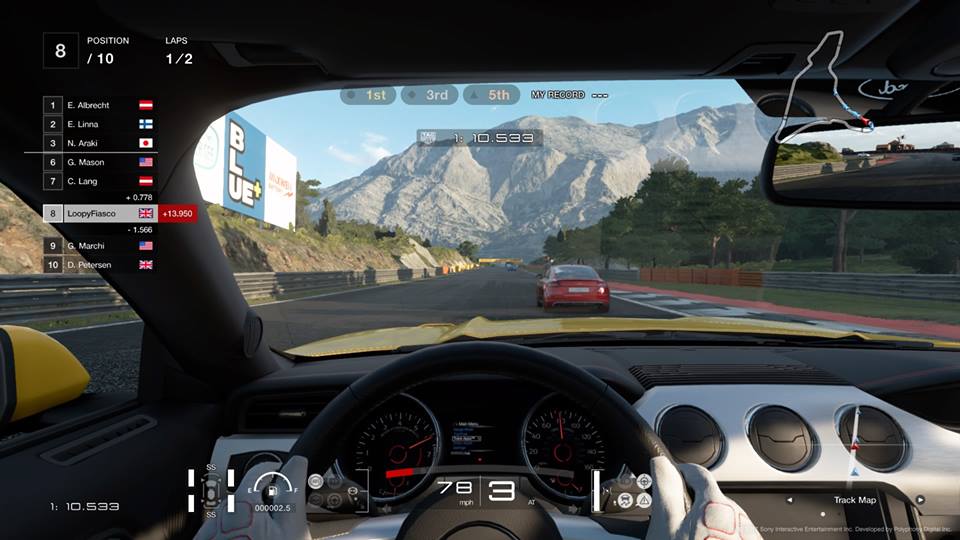 For anyone who doesn’t religiously play racing games, Driving School is your first port of call. This is a simplistic introduction to the mechanics of the game, which starts with a lot of banality (press R2 to accelerate) before eventually revealing more important facets of gameplay. It serves its purpose as a tutorial admirably well, helped by plenty of optional video tutorials. GT Sport overall feels like a game that’s always training you, trying to get you towards online competition and regularly coming back for more.

Once you’re out of Driving School, things pick up with great variety offered by Mission Challenge and Circuit Challenge, the former the more interesting of the pair. It cycles through a lot of different challenges, such as reaching top speeds when up against tricky circuits and congested tracks as well as regular races and other little flourishes to keep the cycle relatively fresh. As fun as these are, it may not be quite enough for some – again, it feels like GT Sport is just training you for the main focus of what it’s all about.

When I did go online, which wasn’t all that often after embarrassing myself more than a handful of times, it was a case of being up against some very dedicated players, those who eat, sleep, and breathe competitive racing. The game’s slogan of “racing is for everybody” is at odds with its clear attempts at going down the eSports route, it seems. Still, what I did stumble my way through got the adrenaline-pumping and the swear words flying, and that’s all down to how damn good GT Sport feels to play.

It’s difficult to describe the “feel” of some games, what makes them tick and so irresistible. I don’t know what is in GT Sport’s DNA that made it so impossible to shake every time I came up short, but I powered on, eager to slowly but surely perfect every corner and ease past the opposition time and time again. Victories resulted in absolute elation after seeing a well-worked and rehearsed strategy coming off, and defeats rarely deterred me. GT Sport is a hard game and one that you will have to live inside to become even somewhat proficient at, but all hard games need a hook of quality, otherwise it’s just pointless attrition. GT Sport definitely has that hook. 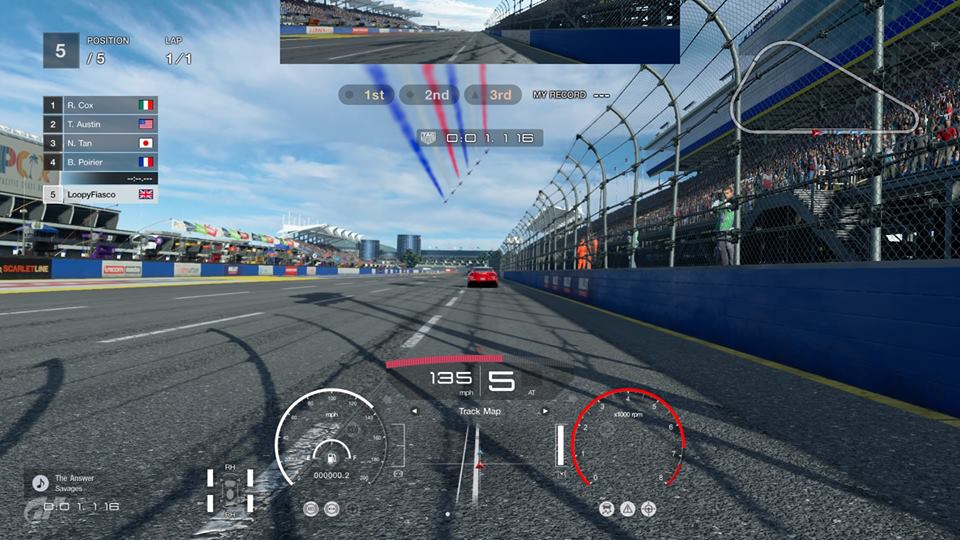 A large part of what makes it so addictive is in the wily ways of the AI opposition. In a lot of racing games, CPU cars have a habit of coming across as robotic boxes on wheels just making their merry way through their predetermined paths. Not quite so with GT Sport: the AI wants its place on the podium as much as you and will mercilessly and aggressively challenge you to get there, regularly cutting off your paths and sometimes even cheaply nudging you so that you spin out. I found my racing Moriarty on one particular Mission Challenge, who just would absolutely not let me get ahead of him, weaving across my path and nailing every single tricky spot on the track. I gritted my teeth and eventually (eventually) got the better of him, but not before I had grown and developed as a driver in the process.

Gran Turismo Sport does its fair duty in keeping you coming back for more with a surprisingly robust progression system. As is the case with every racing game, the big appeal is building up your car library to Bruce Wayne levels of opulence. Gran Turismo Sport offers a fair selection of unlockable cars, but nowhere near the levels of its peers, so some motorheads may be left disappointed. It’s also a shame that customisation is sparse and that’s no option to upgrade your ride and tinker around under its hood, which leaves the acquisition of spendable currency feeling like a bit of a thankless chore. The game certainly doesn’t leave you wanting with rewards for fulfilling mileage challenges and the like, though I don’t think I have once been compelled to spend any of it. 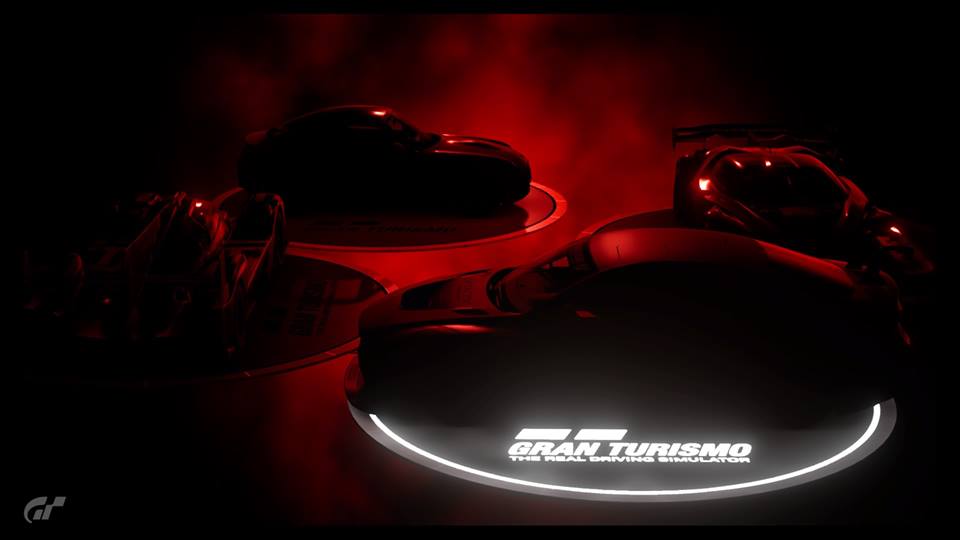 Acquiring cars through challenges is a bit of a lottery as it selects from a set pool, not unlike the randomised “winnings” we’ve been seeing a lot in gaming lately. It’s a bit perturbing to never really know what you’re striving towards unlocking, but there’s also the more standard process of buying cars. The basic cars won’t require too much effort to afford, but anything that looks slightly exotic is a bit of a grind to work towards. It could have been very easy to introduce microtransactions into the experience, but it’s worth applauding Sony and Polyphony for not going down that route – the fact that that’s even something worth commending is another discussion for another day.

There are a couple of other distractions away from the racing with one, Scapes, seemingly created for those who want new Facebook covers. It allows you to plop a selected car (or several) against a background of places from around the world with broad ways in which to tweak them, much like the photo modes seen in the likes of Horizon: Zero Dawn and Hellblade among others. Elsewhere, Livery Editor lets you slightly alter the appearance of your cars with things like decals, but I always found it rather finicky as the UI felt unintutive so I didn’t exactly delve into as much as others probably will.

Gran Turismo has always been a benchmark for the power of PlayStation, and Sport doesn’t drop the mantle. Cars look as shiny and realistic as they could possibly get and the races feel alive, helped by some presentation quirks like planes passing overhead and fireworks. The sound is the main attraction, though; I never thought I could get as much excitement from a revving engine or screeching tyres as much as I did here. GT Sport also boasts a wonderfully eclectic soundtrack of different artists and genres, but nothing beats your own soundtrack through Spotify. While much of the presentation package is great, the game’s menus and HUD sometimes feel rather dated and reminded me often of the most recent Pro Evolution Soccer games: another long-standing franchise that could do with a more contemporary sheen. A lack of dynamic weather is also a rather big missed opportunity, especially when it can change up the gameplay so dramatically.

While Gran Turismo Sport may not be the Gran Turismo some were expecting, it’s still a wholly enthralling racing game that wants to make you become a better driver along the way. The big question has to be whether it was a risk worth taking, to effectively divide its playerbase. For serious racing gamers, Gran Turismo Sport could be the perfect choice, but for those who want the ultimate offline racing experience, Sport may come up short.

Verdict
Gran Turismo Sport is an interesting venture for the franchise into more competitive territory that may leave some fans cold, but the what goes on behind the wheel is as good as it's ever been.
8
Cultured Vultures is a pop culture website established in 2013 covering all things gaming, movies, and more. We eat your words.
All The News On The Biggest Games