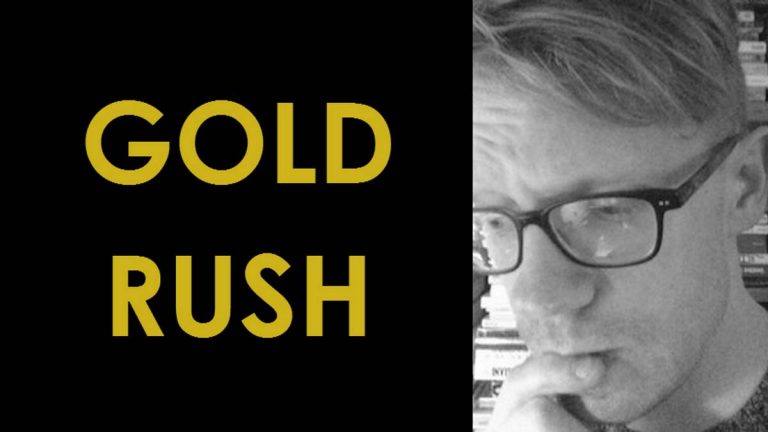 With a staggering volume of successful creative alumni, Goldsmiths University London is an institution that takes talent seriously, and its MA in Creative and Life Writing has nurtured some of the finest contemporary literary talent. Evie Wyld, Lucy Caldwell, and Ross Raisin are just some of its most recent graduates who have gone on to find critical acclaim and success. Now a student on the MA herself, Livvy J Hooper is here to use and abuse her position as a CV writer and MA student to chat with some of the brightest stars on the course; who just so happen to be some of the brightest literary talents on the horizon. Remember these names…

Tell us a bit about yourself – who are you, where are you from?
My name’s Max, I was born in 1986 in London and still live here.

How would your best friend describe you?
Needy and controlling. He says this regularly. I believe he thinks it’s motivational.

How did you ‘get into’ writing? Why do you write?
I’ve always written, but for a long time I wasn’t serious about it – I did not edit, there was no routine; I did not think about the reader. I wrote simply to be expressive, in a masturbatory sort of way. Then at some point I got more serious. Now I write to communicate ideas, or questions about ideas; to make people laugh; to make people imagine and feel how other people feel. To extend the metaphor, now I write in a sexy sort of way?

Who are your biggest influences?
In terms of living writers, probably Adam Thirlwell, Deborah Levy and Ned Beauman. My favorite writer, living or dead, is Muriel Spark. Her writing is perfect. Recently I have started re-watching all of Wes Anderson’s films. I am in love with that distinctive, mannered hyperrealism.

How important is inspiration to your writing practice?
I find the idea of inspiration slightly problematic, as it suggests ideas coming from on high and romanticises the creative process. So no, I don’t want anything to do with inspiration at all. That line of thinking is self-aggrandising, dishonest and unhelpful.

What are you working on right now?
I am working on a short novel detailing the life and opinions of a Greek communist.

What are your plans for the future? What’s the ultimate goal?
I try not to think past my shift pattern for next week. But I suppose it would be nice to write a best-selling book, sell the film rights to Hollywood, make a shedload of money, buy a ground floor flat somewhere near the bar I work, buy a cat, give some money to charity (or the Green Party or something), and then carry on doing exactly what I’m doing now, but minus rent and plus a cat.

What advice would you give to aspiring writers?
Someone who aspires to write but does not write, needs to write, basically. Whatever it is that is stopping them needs to be cleared out the way (job, husband, child, anxiety, whatever).

What are you reading at the moment? Would you recommend it?
I finished Memento Mori by Muriel Spark about twenty minutes ago. And absolutely, yes.

Who is the most underrated author?
Oh I don’t know. May-Lan Tan wrote a devastatingly good collection of short stories called Things to Make and Break which was published last year. In some ways, she isn’t underrated at all – the collection was shortlisted for several prizes and received high praise from Gordon Lish. But I keep meeting people who haven’t heard about it, so I keep on banging on about it.

If you were stranded on a desert island, what three things would you bring?
Practical things probably. A lighter. A knife. A water bottle. I would hope to be picked up soon. I’m quite optimistic.

If you were left in the woods with only the items in the room you are in, what would you build?
If I was suddenly, now, transported to the woods along with everything in this room, I would obviously be slightly concerned, but, as long as my internet connection didn’t go down, I would probably carry on doing what I’m doing. I’m not sure I would build anything.

If I came to your house for dinner, what would you cook?
Chourico and black bean stew. I cook it whenever anyone comes round. I think it’s because (a) I feel obliged to feed people meat (my mother is Irish and has an aggressive sense of hospitality); and (b) chourico is the cheapest meat.

Who would play you in the movie of your life, and why?
Owen Wilson because of his faux-naif earnestness. And also of course his rugged and handsome charm.

What question do you wish I had asked you? Answer it now.
Housing supply.