Glorious REVIEW – Not Quite So Glorious 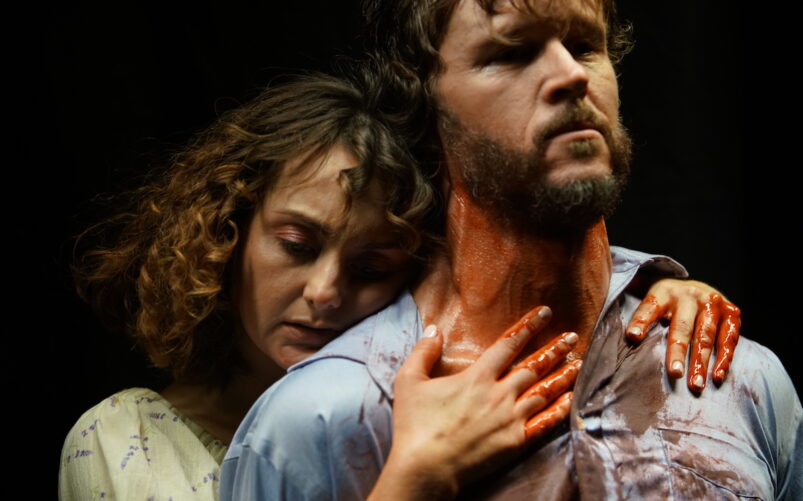 Things aren’t great for Wes (Ryan Kwanten): he’s living out of his car, throwing up excessively in toilets, and, oh, he’s encountered an ancient god in a bathroom stall, who needs him for some mysterious purpose. When Wes first strikes up a conversation with Ghat (J.K Simmons), the god seems well meaning and concerned about Wes’ incessant puking. But things quickly escalate after Ghat reveals his true identity, and Wes finds himself unable to leave the bathroom stall.

Kwanten does well here. It’s not easy to act against a disembodied voice, even if it’s the voice of the fantastic J.K Simmons. Kwanten commits wholeheartedly, crawling about blood-smeared on the dirty floor, descending into madness and despair as he grapples with his inescapable situation. The interactions between Wes and Ghat are equal doses funny (Ghat speaks to him from a glory hole) and horrifying, as the movie teases us about the terror of Ghat’s true form. Laced between their conversation are flashbacks to Wes’ relationship with Brenda (Sylvia Grace Crim), and that also generates a fair amount of mystery, since we wonder what exactly happened between them, and where Brenda is now.

I wish these flashbacks of Brenda formed a bigger part of the movie – they are brief and infrequent – considering how important her character is to the narrative, though. As Glorious wears on, it becomes obvious that the main problem is that there isn’t enough material for the film to stand on. After a while, we’re wondering why it’s taking so long for Ghat to reveal what exactly he wants from Wes, especially when the movie manufactures obstacles in order to prolong the revelation.

The horror imagery is decent, with a few stand-out moments, and the fact that most of the film is set in grimy toilet is enough to make anyone squirm in their seat. I spent so many moments flinching as Wes slinked about on the blood-stained floor. Director Rebekah McKendry even manages to make a teddy bear horrifying, which is a feat in and of itself.

The movie’s pacing picks up once we find out what Ghat needs from Wes, and things get more interesting as we contemplate Wes’ decision and how things will end. However, the revelation comes in when there’s about half an hour of the movie left, which means the viewer has to trudge through a stretched out script in order to be rewarded with that final payoff. Less patient viewers might not be inclined to continue after watching an extended sequence of Wes merely conversing with a bathroom stall.

The structure and concept of the film is similar to Romola Garai’s Amulet, a fantastic indie horror from 2020. The key difference is that Amulet had more material to work with, and also handled the resolution in a way that surprises the viewer. For Glorious, it’s easy to guess why Wes was chosen and what happens at the end.

There’s certainly a lot of potential here, and with the building blocks of a better script, Glorious could have been a decent indie flick. As it stands now, it falls a tad short of glory. 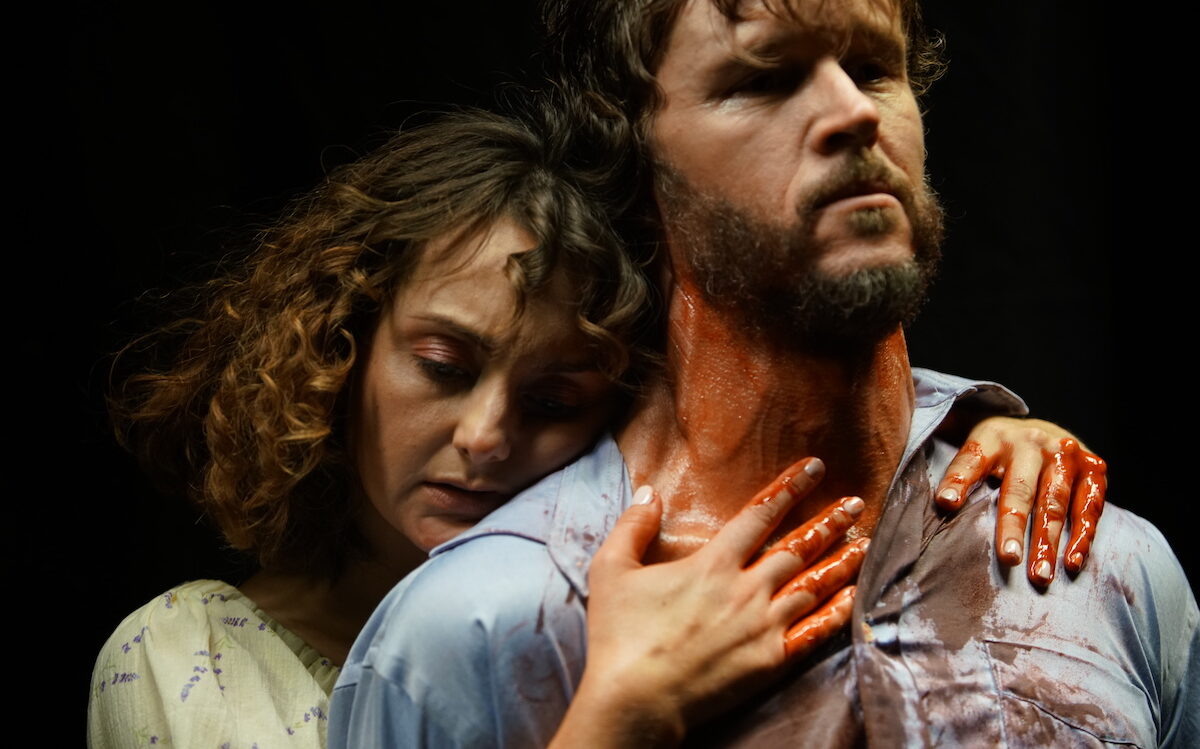 Verdict
If you're a fan of Ryan Kwanten, Glorious should appeal to you. Despite some decent horror sequences, the script itself doesn't have much material to sustain an eighty minute film.
5.5
Cultured Vultures is a pop culture website established in 2013 covering all things gaming, movies, and more. We eat your words.
All The News On The Biggest Games