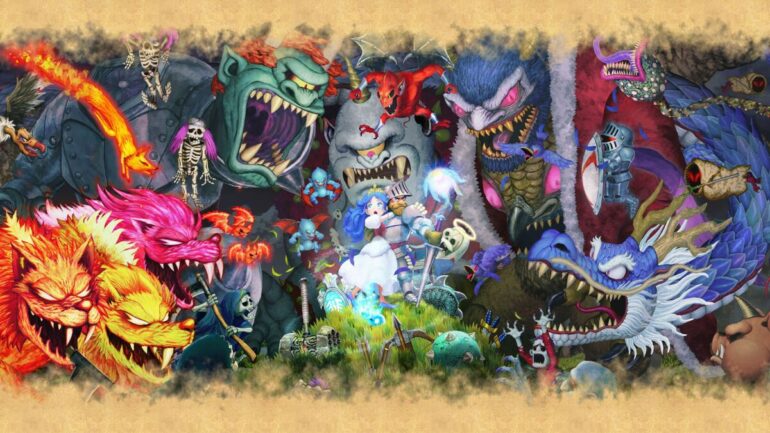 I’m dead yet again. But, for a moment, while zombies were exploding into blues and reds around me with each throw of the knife, I was awesome.

The brutality of death and fighting in your underwear is back, as Ghosts ‘n Goblins Resurrection breathes new life into the Capcom series that refuses to stay down. Sir Arthur fights again on the Nintendo Switch in a retelling of the classic story as he tries to reclaim his lady love, but there are a few things that may feel like the developers still have one foot in the grave.

Tokuro Fujiwara, director of the original games, was brought back for this new installment that feels like it takes the best and worst parts of the old games and tries to refine the experience for a larger group of players. Resurrection throws its hero into a series of dark encounters against a slew of enemies that are designed to overwhelm, alongside bosses that require some classic pattern learning. This type of crazy platforming and shooting play makes for a heavy helping of difficulty that’s guaranteed to frustrate even the best slayers of evil.

Gameplay will feel familiar to anyone who has played the series before, and at the core, things seem more like a re-skin with some slight tweaks than a full workup. Resurrection, however, offers a couple of new additions that keep things interesting past simply popping the original into an NES. There are now choices, branching paths that offer up different areas for progression, as well as a talent tree powered by ‘umbral bees’ that allows the player to buy magic spells and abilities that fit their playstyles best. I’m incredibly sad that one of these purchasable enhancements was not the double jump, however, which I felt more naked without than Arthur, standing there in his briefs.

Level design is adequate, mirroring the originals exactly in some spots, and whatever sections aren’t initially chosen are fun to go back through to collect more upgrade bees as well as facing different challenges and bosses. There are also shadow versions of the stages that become available after beating the game, which make the journey much harder and introduce elements that are guaranteed to slow the hero down even more. The second half of the game is more linear, but the structure and enemy design isn’t the issue — that falls on the good knight himself.

Sir Arthur doesn’t come across as the standard action hero. He loves to undress when he’s with his boo, Princess Prin-Prin, and loses armor when he’s hit. The man has always been somewhat of a tank more than anything agile, but his throwing arm is still strong. Controlling him has always felt a bit sluggish, but now he seems slower and less nimble in the air. It isn’t that inputs in Resurrection aren’t responsive, but I’m dying for my NES controller and a bit more manoeuvrability.

There’s strategy to GnG, including knowing the various weapons and which is best for certain situations, and being able to move out of harm’s way quickly, which just seems harder this go around. I began to adapt to it a little bit more over time, but I can’t help but think that this is a series that purposefully makes his character move a certain way for tempered difficulty and it was tweaked just a bit too far this time.

Everyone dies in this game. Deaths come quickly, but loading back in and getting to fight once again is easy and painless. Killing the spawns of evil is satisfying, minus the fact that the game has a flag system for checkpoints that can be a bit confusing at times and defaults to the option that starts the player back farther, at least on the harder difficulties. One wrong press while trying to get back to the challenge cost me progress quite a few times. I appreciate the options for the various degrees of challenge (and even the Challenge Mode), and there are some advantages for those who just want to make it through the game, but even then it’s still punishing and quickly reminds the player death comes fast. Sometimes just from an enemy grazing Arthur’s toe.

I have to admit, as much as I’d eagerly charge back into battle after a lost life, there were some cheap moments on the game’s part, especially when it would constantly knock me off a ledge or back into a weapon I didn’t want. Experienced players know that this series enjoys a bit of trolling by building up tension, and facing extreme danger to get a prize, only to have an enemy be in the chest.

If things get too frustrating and backup is required, Resurrection features a fun couch co-op option that allows the second player to control a ghost. This ghost can be killed, but always comes back after a bit. The player can change between three different forms, each with a different attack and special ability to help Arthur. Like in many games, having two people on screen at the same time, along with all of those enemies, can get crazy, but this was a fun experiment in seeing if I could keep my wife alive or “accidentally” drop her in the river.

Visually, I enjoyed the game at first, but noticing small things like a lack of detail in some backgrounds and certain areas that didn’t carry over the flowy color mixture made me question my initial impressions. The longer I played, the more I questioned some artistic choices. I get the intended vibe, to look like an old epic journey that plays out on parchment paper, explaining the subdued palette and use of more similar colors in some areas. When the weather kicks in, or other environmental oddities strike, the presentation is fantastic, but I can see why this aspect is just as divisive as the controls.

Resurrection could stand on its own as time passes — the series is good at that from what we’ve seen in the past — but the game won’t impress everyone. I’m especially worried about newer players who may not be used to this type of gameplay, with no spectacular worlds or lore to back it up, even if there are difficulty options. For me, it’s great that these bones were dusted off and given a chance to dance and rescue again and I hope more series will join it, but for now, I might lower the difficulty a bit for round two.

Switch key provided by PR for the purposes of this review. 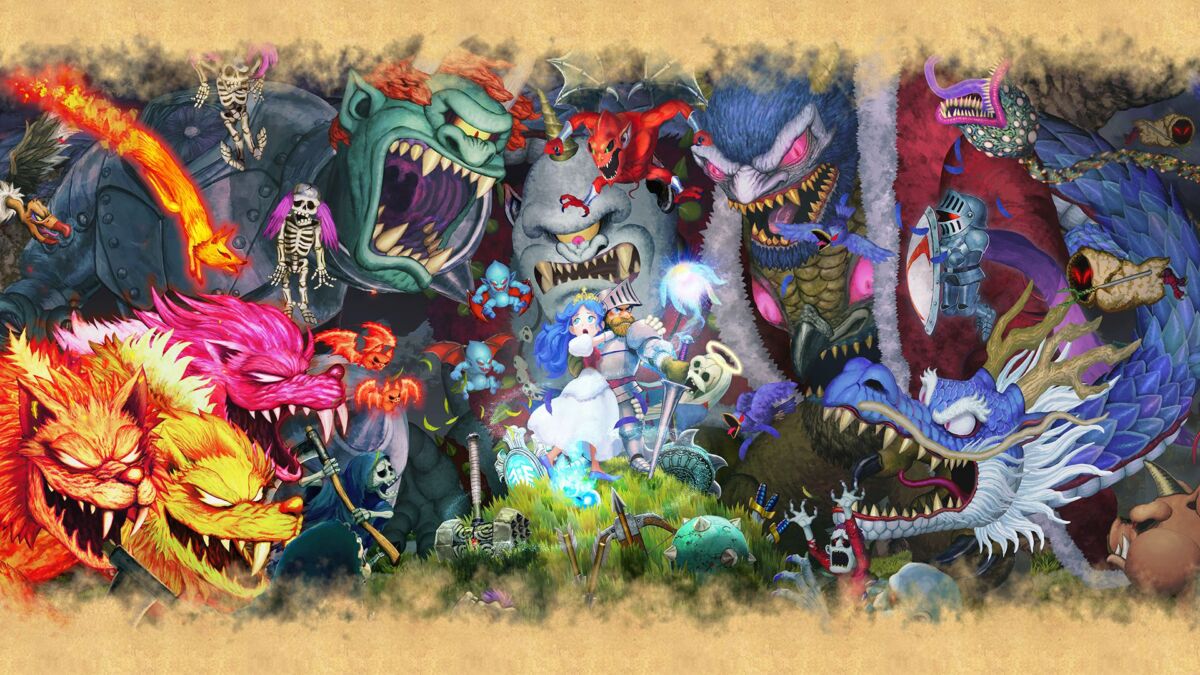 Verdict
Arthur, the ghosts, and goblins are all back in a tough but satisfying adventure. Ghosts ‘n Goblins Resurrection is an updated take that keeps the good and the bad without losing its identity.
7.5
Cultured Vultures is a pop culture website established in 2013 covering all things gaming, movies, and more. We eat your words.
All The News On Your Favourite Games