For those who like a bit of wrestling in their sports entertainment. 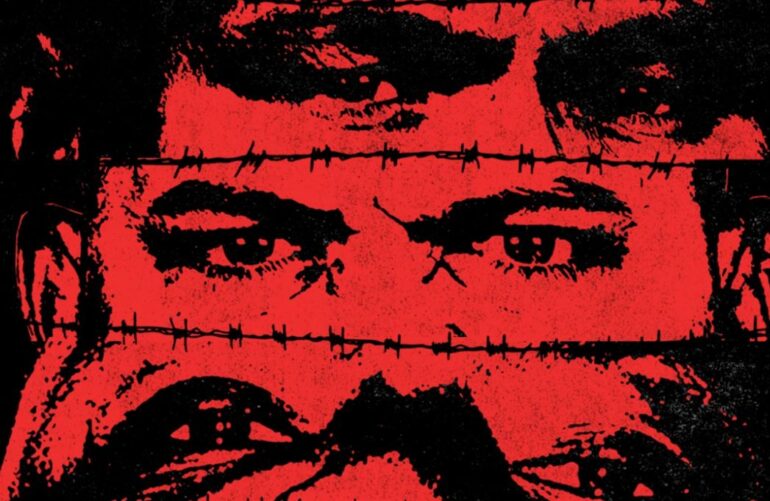 Bloodsport offers a stripped back presentation reminiscent of underground styled MMA, epitomised by the traditional wrestling ring being replaced by merely a ring canvas: No ropes. No turnbuckles. No add-ons. This makes clear the style Bloodsport wants to get across – a fusion of pro wrestling, MMA and other prominent fighting divisions.

It also brings to it a uniqueness which is ultimately key for Bloodsport’s apparent success in today’s industry. An integral commodity to every wrestling company, as in the modern age any promotion, show and match, is easily accessible to wrestling fans, so a promotion has to offer something interesting and noticeably different from their rivals in order to stand-out from the crowded scene.

GCW achieves this magnificently, as they are very shrewd in the way they promote wrestling. Whether it be Joey Janela’s Spring Break, the Nick Gage Invitational or the Tournament of Survival, GCW is at the precipice of everything that is unique in American pro wrestling.

But why exactly is Bloodsport what wrestling needs in 2021? Well, in an industry which continues to be most visible in its “sports entertainment” form, it is the complete opposite to see a more “shoot” style based competition. Bloodsport offers a more unplanned and unscripted style, a clear alternative to what has become mainstream wrestling – a surefire paradox.

GCW Bloodsport is perhaps wrestling at its most traditional core, with the catch wrestling style a key indicator to the roots which runs through it like vibrate threads.

It’s clear that Bloodsport isn’t for everyone, as the rough around the edges look is an acquired taste, but it captures exactly what the series of shows are all about – wrestling in its most basic form. However, despite its basic nature, in my view, Bloodsport is even more entertaining than its over-produced American counterparts. In fact, it is its basic form which makes it as intriguing a product as it is.

The most recent duo of shows (Bloodsport 4 and 5 – from this past month) took place in an empty Los Angeles warehouse – a setting which encapsulates exactly what Bloodsport is all about. The brooding, atmospheric, underground feel of the location is reminiscent of a “fight club” type environment. Distinctly, GCW’s Bloodsport series finds its name from the 1988 film of the same name, of which settings are inspiration for the style of venues used.

In terms of the in-ring action, the so-far six Bloodsport shows have produced near countless great matches – Josh Barnett vs Minoru Suzuki, Masashi Takeda vs Jonathan Gresham, Jon Moxley vs Chris Dickinson and most recently Moxley vs Davey Boy Smith Jr., to name but a few.

The next Bloodsport show is already scheduled for this year’s WrestleMania weekend (April 8th in Tampa, Florida), with its main event the much anticipated Josh Barnett vs Jon Moxley bout. Originally slated for last WrestleMania weekend, Bloodsport, and, more broadly, GCW fans have been made to wait an additional year to see Barnett face Moxley due to the global pandemic.

This flagship match is yet another example of how the GCW series of shows can continuously reinvent the MMA-style of wrestling which bestows it. Barnett and Moxley’s main event match is sure to be nominally different from Moxley’s recent encounter with Davey Boy Smith Jr., and by extension the other matches Moxley has fought under the Bloodsport banner.

The sentiments associated with a one on one fight between Moxley and Barnett sums up quite simply what Bloodsport boils down to – wrestling, which is based squarely in reality.

With the wrestling world still populated by “sports entertainment”, it’s refreshing to see a style which resembles that of MMA, or at the very least an actual battle between two wrestlers. GCW Bloodsport has undeniably found its own unique space in the wrestling landscape, and with it, have created a paradigm shifting style, which brings wrestling back into reality.

READ NEXT: 5 Most Influential MMA Fighters Who Moved To Wrestling