Games of Decades Past: Resident Evil 5 – Suck On This

Are Chris' inhuman biceps still weirdly charming a decade on? 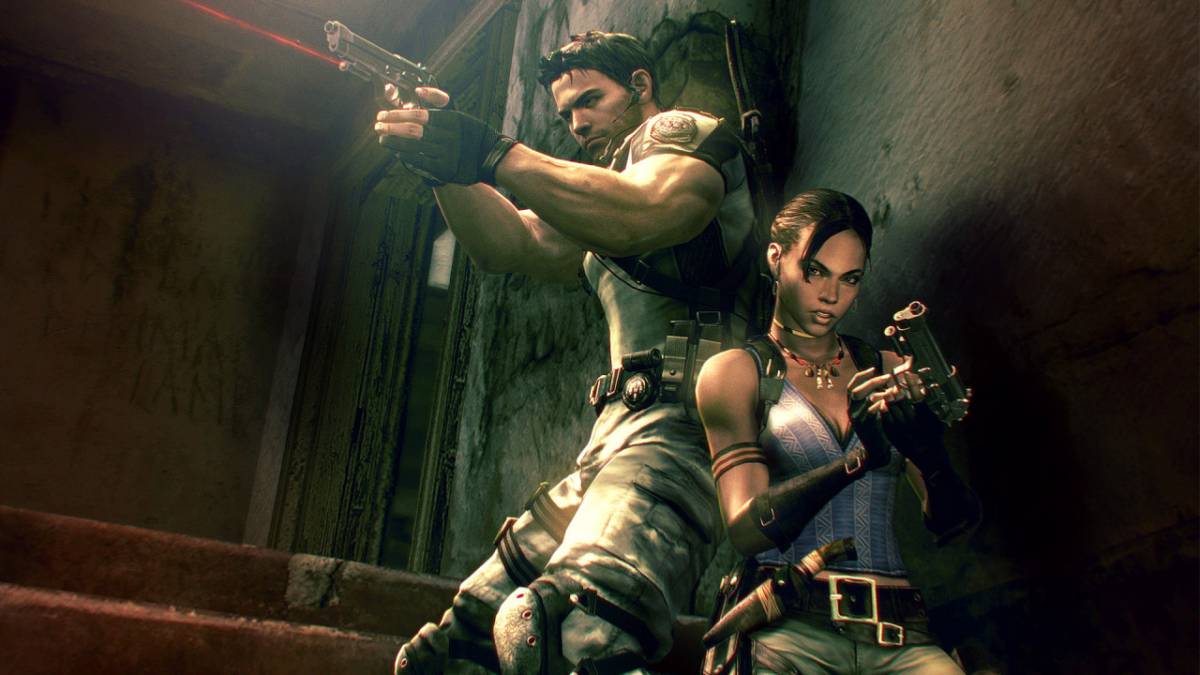 Games of Decades Past is a series celebrating the birthdays of games turning 10 years old. Whether you remember it like it was yesterday or it was so dated at launch that you thought it came out in 1997, I am determined to make you feel old with some retrospectives on a few of the best and worst games from a decade past.

Capcom ran into a rocky start at the beginning of the 7th generation. Developers quickly learned that HD game development would take more time and resources, leading to higher costs and greater risks. This is where we saw the iconic Japanese developer go into a slump. Rather than pursue crazy new concepts for the next gen machines, Capcom defaulted to play it safe with obvious sequels defined by safe parameters. While skilled teams handled the development of games like Dead Rising and Lost Planet, core Capcom members found themselves releasing the likes of Super Puzzle Fighter II Turbo HD Remix, Street Fighter IV, Devil May Cry 4, and even the likes of Mega Man 9, firmly placing them in a hole of retreading sequels and very few new ideas.

Resident Evil 5 falls into this very hole. Partway between a new entry and just another Resident Evil 4, Capcom made some minor changes to the action focused sequel to not only alter the course of the series, but maybe even the games industry as a whole. On March 15th, 2009 Resident Evil 5 was unleashed onto unknowing fans everywhere and split them right down the middle.

Getting it out of the way quickly, Resident Evil 5 was nearly a stretch to be called a Resident Evil game. Zombies (who are actually not zombies, but Africans infected with Uroboros, but I’m gonna keep saying zombies anyway) exploded and had guns now, surviving turned into large scale battles, and to top it all off, you could experience it with a friend. While 4 had its share of tense moments, 5 managed to eliminate any sense of dread and replaced it with a well-placed haymaker. The days of exploring police stations and mansions for puzzle pieces was officially over.

But for everything it did to derail itself from the Resident Evil series proper, 5 was filled with odd choices that drew it right back in line. Fan favorite villain Albert Wesker makes his long-awaited return, meddling in just about every facet of Chris Redfield’s life. Umbrella was revived as the totally-not-Umbrella-but-definitely-Umbrella-corporation known as Tricell. Jill Valentine even came back to play a major role in the plot (which, let’s be honest, you either loved or hated. I mean, blonde hair? C’mon). But for every meaningful addition to Resident Evil’s surprisingly deep lore, a dozen generic jarhead lines come spouting from the mouth of Chris Redfield, the most generic protagonist I’ve ever seen make it this far into a popular game series.

Back before we all decided to love Japanese culture and spent dozens of hours a week illegally streaming our favorite animes, Capcom had a real problem getting the West behind their kooky bullshit. Over the top setpieces seemed overly goofy, stilted dialogue lost its charm with consumers and became off-putting, and tight gameplay mechanics paled in comparison to the beautifully animated Western AAA games coming out at the time. Resident Evil 5 (and Devil May Cry 4 to a greater extent) was the epitome of weird Japanese nonsense coming out of Capcom. From moments like a balding white guy turning into a giant kraken to now-iconic lines such as “Suck on this Wesker!” and “Complete. Global. Saturation.”, Resident Evil 5 was a joke when compared to both the games releasing at the time, and the rest of the series.

The scariest thing about Resident Evil 5 is probably how well it sold. Despite the new direction the series took, the cheesy dialogue and setpieces, and the complete lack of scares whatsoever, fans and newcomers alike flocked to Capcom’s zombie co-op game. With over 11 million sales, it really had something for everyone. For most it was a throwaway co-op experience you coul enjoy with a friend. For others it was more Resident Evil 4 (lauded the best game in the series by many). But for me and a handful of fans, it was a devoted combination of both. Mercenaries mode gave the game infinite replayability, the endless amounts of upgrades and special features kept you replaying the campaign, and simply the cathartic gameplay provided by such tight controls kept you glued to your screen. With Resident Evil 5, Capcom had constructed a way to make the hours just roll by, helping you forget that you’re probably playing the worst game in the series.

Yes, even after 300+ hours, countless purchases of the game, and an almost encyclopedic knowledge of Wesker’s dialogue, I can still argue that Resident Evil 5 is most likely the worst numbered entry in the series (even worse than 6). For starters, the player characters are just bad. Even as a diehard fan of the series, I’ve never liked Chris. Every time they’ve tried to make him meaningful has ended in him simply being another military grunt with tree trunks for arms. Sheva is very clearly an afterthought. She has no presence in the plot and is even stiffer than Chris when it comes to expressing emotions beyond shouting.

Environments are as drab as can be. Once you get past the novelty of “a horror game that takes place in broad daylight,” nothing really stands out. That’s not to say the level design is bad, but the actual visual aesthetic of levels just sucks. One moment you’re searching a lean-to for a sniper rifle, and the next you’re on a spinning elevator in Generic Testing Facility #9572. It’s all very Resident Evil-esque for sure, but it doesn’t even come close to matching iconic locations like the castle or Raccoon Police Department.

READ NEXT: The Best Zombie Games

Enemy design took a serious hit. Yeah, Resident Evil 4 had some pretty generic zombies (again, I know they’re not zombies) but unlike prior games, they all had some sort of personality. They looked like possessed villagers and even whispered in attempts to scare you while coming up with unique ways of attack like throwing an axe at you. That was completely made up for in boss designs, but I’m getting off topic. What does Resident Evil 5 have? The Executioner Majini is probably the most iconic enemy design from the game and it’s knocked down before the end of the first chapter. Chainsaw enemies are carried over from 4, but now they’re skinny and have a Capcom-trademarked eye as a weak point. Wesker is delightful, but to say that he saves the whole game would be a stretch. Considering the rest of the standard enemies are pulled straight from 4 (aside from a horribly redesigned licker), the creature design in Resident Evil 5 simply doesn’t stack up.

If this isn’t enough to convince you that Resident Evil 5 is the worst numbered entry, consider its most documented offense: the godawful AI. Though not as bad as something like Daikatana’s AI teammates, playing Resident Evil 5 by yourself is a test in patience that few can endure. AI Sheva/Chris will stock up on any item they can get their grubby hands on until their inventory is filled to the brim. Having to babysit them every step of the way is no fun either, as you must not only protect them from enemies, but also remember to upgrade their gear so they’re not falling behind in damage output. Speaking of falling behind, they’re not bad at following you as you move through each area. That is until you want to open a co-op loading door, at which point they find every piece of geometry to get clipped on and enemy to get grabbed by. Being more forgiving than the prior games, playing Resident Evil 5 by yourself might be bearable on the Standard difficulty, but without a co-op partner your enjoyment of the game ends right there. Any Resident Evil fan wanting to enjoy an isolated adventure knows to avoid Resident Evil 5, and that easily makes it the worst in the series.

Now I know I spent a lot of time here tearing into Resident Evil 5. And not that it doesn’t deserve it, because it does, it still manages to be one of my favorite games to play with friends. The catharsis of the pitch perfect gameplay puts my mind at ease as I optimize each Mercenaries run or Campaign playthrough. The cheesy dialogue and over the top moments are almost comforting and feel like home to me. It’s been a long 10 years, and I can only hope Capcom’s happy little mistake will bring me the same joy it does in another 10 years.