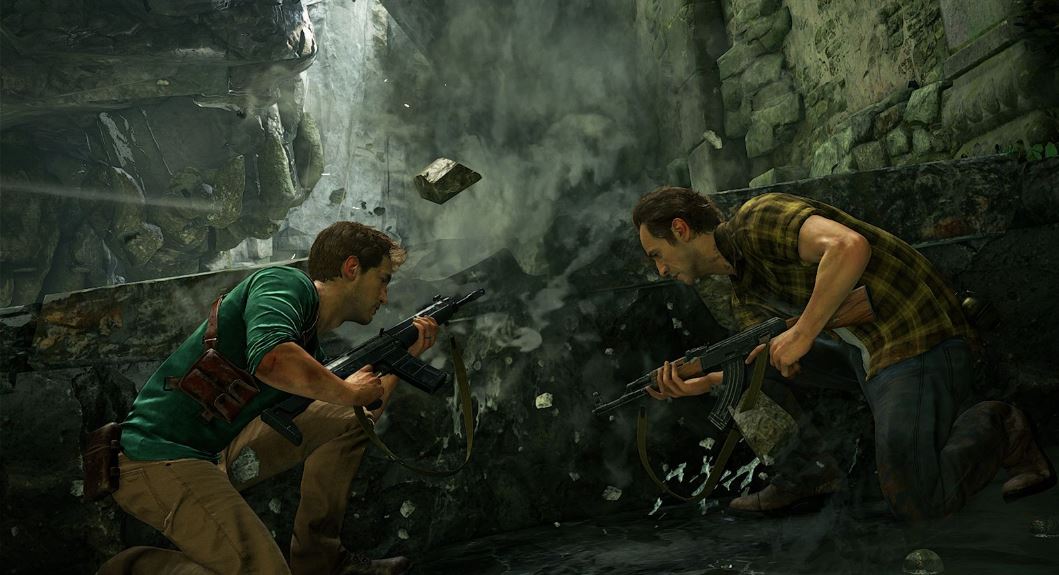 You’ll come to the end of your Uncharted 4: A Thief’s End playthrough, and after reminiscing about all the incredible moments you experienced throughout the game, a single thought will cross your mind: what now?

Well, in terms of Naughty Dog’s latest AAA franchise, the answer comes in the form of the game’s seemingly limited multiplayer content. After pressing on the ‘Multiplayer’ option on the menu, you’ll be at first greeted with only a single mode, which will place you with other newcomers in a basic team deathmatch scenario. The game requires that you play 3 of these practice matches, which introduce you to the mechanics and gameplay the multiplayer brings, before you can progress to the other content; though, if you’ve played even a few hours of the main campaign, you’ll know what to do from the start.

Something which becomes glaringly obvious once you begin Uncharted 4’s multiplayer, is that it runs at 60fps – that’s double the frames of the single player. This boost in fluidity comes at the cost of a slight downgrade to the game’s visual fidelity (to 900p from 1080p, I believe), but it’s forgivable when you begin moving around, and realise how smoothly it plays. Soon you’ll be swinging with the grappling hook and gunning down other players like nobody’s business, all the while engrossed by the still-stunning visuals, despite the minute lessening to their quality.

Now, I mentioned that the game’s multiplayer at first appears limited, and that’s definitely the case; you’re offered a total of 4 modes to choose from: Team Deathmatch, Plunder, Command, and Ranked Team Deathmatch. You might notice that two of those are curiously similar, and you’d be right – the only difference between ranked and unranked is that the former feels drastically more competitive to play. Plunder returns from previous Uncharted titles, and is essentially a glorified version of the standard capture-the-flag mode. Command, while sounding interesting, is in fact your typical ‘Domination’ affair, with two teams fighting for control of three areas in a race to 700 points. The unique aspect to this mode comes in the form of one player on either team being nominated a “Captain” based on their performance, and killing the opposing team’s captain will grant you a plethora of points towards your total. It’s interesting for a while, though is unlikely to grip you like The Last of Us’ excellent multiplayer did – and that managed to do so with only 2 modes, one of which was merely team deathmatch.

If it sounds like I don’t enjoy Uncharted 4’s multiplayer, though, that certainly isn’t the case. If you can wrangle some friends to join you, then the mode’s offered can be some good, solid fun. Playing ranked with a gang of players, all equipped with mics, is an absolute blast. Something to bear in mind, however, is that while multiplayer essentially allows you to play with all the items available in the single player, stealth is practically absent from all of its modes. Sure, you can try and sneak around with a sniper, but almost everybody adopts the run-and-gun style of play that makes hiding obsolete. Again, this feels weak compared to The Last of Us (Naughty Dog’s last game), where tactical stealth was paramount for success, and the game was all the better for it. This wouldn’t usually be an issue for Uncharted, but with all the focus placed on stealth in single player, you would think that it would be an equally viable option online – nope.

Unfortunately, a quick look on the ‘Store’ tab in the multiplayer menu will inform you that you can buy a specific in-game currency with real money. This is something commonplace in modern titles, but it’s still irritating to see a developer as renowned as Naughty Dog employ such methods. Still, loot chests – similar to TF2 or Overwatch – can be purchased with currency you’ll earn through playing, and typically contain 2-4 aesthetic items that can be applied to your playable characters, or weapons. To be fair, the aesthetic offerings of Uncharted 4 are varied and vast, and they’re the main reason you’ll carry on playing – maybe not something you’d want to hear, but it’s honestly more addictive to open the chests than it might at first sound.