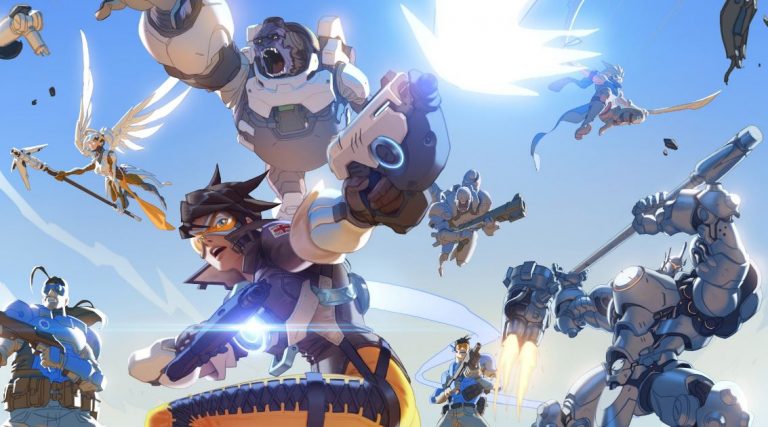 If you’re wondering why it’s taken me over a week since its launch to write up my opinions on Overwatch, you need only blame the game itself; it’s beyond addictive. Blizzard’s new monolith is enrapturing, maddening, and everything I didn’t even know I wanted from a team-based multiplayer shooter.

As soon as the game installs and the dramatic music threatens to burst your speakers, you’re launched into a cartoonish world of violence that grabs you and refuses to let go. If it starts off as confusing for new players, any hesitation is quickly forgotten once you take part in Overwatch’s frenetic multiplayer for longer than an hour. Blizzard have managed to create something seriously special here.

Finding a game is easy, in no small part thanks to just how voracious the community is. Once you’re in a quick play session, you are put into rotating game modes, each with their own nuances to master and learn.

Escort is the meat of the game, asking you to either guide a payload to the objective or to stop it from ever reaching it. It’s hard to put into words just how intense the mode can be, especially when the seconds are ticking away and the payload is mere metres away. Managing to nudge the payload over the finish line or to halt it within a fraction of a second remaining is a feeling that I can only imagine EDM festival goers experience after the inhuman amount of MDMA in their body kicks in. 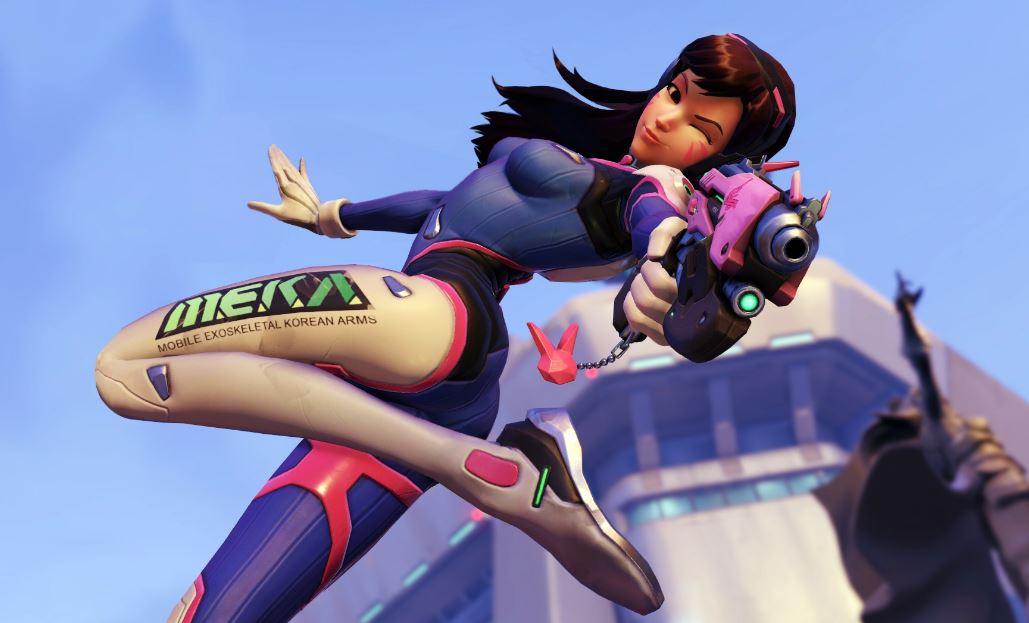 Elsewhere, Assault is a simple premise: capture or defend the objective. Although it sounds straightforward, it’s anything but – being funneled into choke points to die over and over again as you make no progress will challenge the patience of new players. The way you deal with challenges in Overwatch, however, determines how much you get back from the game. Refuse to adapt and you will die, it’s as simple as that. You can be the best, most accurate player with a gun, but if you don’t know how to work with a team, don’t play. The other mode, Control, is more of the same, except you must fight to maintain control of an objective in a best-of-three format.

The biggest thing Overwatch has going for it isn’t it modes, which are excellent, but admittedly limited. The quirky, unforgettable heroes are what anchors Blizzard’s new baby. Apart from one or two possibly ordinary characters (sorry, Zarya), each hero is worth investigating and mastering. How you use the heroes can make all the difference between a heartbreaking defeat and a victory that launches you out of your seat, making you shriek like a presidential candidate in the process.

Take, for instance, everybody’s favourite scapegoat, Bastion. He is bemoaned as being overpowered by many, but it’s those same people that refuse to adapt to the game’s subtleties. Once you see Bastion in turret form, you and your team better be prepared to counteract him by switching to a hero that can exploit his weaknesses. Genji’s deflect skill can turn Bastion’s bullets back on himself to cause serious damage, Reinhardt can utilise his shield to get up close and personal and Widowmaker is only a couple of shots away from nullifying his danger.

Out of the 21 heroes currently playable, there is bound to be a play style to suit even the most cynical of Overwatch adopters. As I was trying to wean myself off of Rainbow Six Siege, I opted for Soldier: 76, your classic grunt with a rifle. Dozens of hours, bullets, rockets and gloating emotes later and he is still my main, though I know to opt for different heroes when the time calls for it. When the going gets tough and the payload is crawling towards the final checkpoint, switching to Bastion or Torbjörn (who I cannot stop accidentally calling Bjorn Borg) to repel the “invasion” as your teammates opt for tanks and support characters is essential – if there isn’t any teamwork, there will be no glory.

Striking a balance between the hero classes on your team is also key. If everyone opts for a tank, chances are that the opposing team will be able to navigate around your clunkiness fairly easily, attacking you like a swarm of flies that can’t be killed. Go for too many defense heroes and it’s a similar story; there won’t be enough mobility or firepower for your team to realistically compete. If you don’t have anyone on support either, you’re likely to discover that you die more than your sanity is comfortable with. Finding a hero that suits you and also doesn’t unbalance your team is an art in of itself.

There’s just so much depth to each hero, the glaring weaknesses and glowing positives evident for every single one, that the mind has to boggle over how much testing Blizzard did to find an even footing between them all. For instance, Tracer, the postergirl for the game, is absurdly fast, zipping around the room like a cat on Crunk Juce, but she will be killed almost embarrassingly easily if caught in a firefight due to her low health. Reaper, this writer’s Moriarty, is woeful from long-range with his dual shotguns – up close, it’s a different matter. Pharah can be formidable when in the air, yet will prove to be an easy target for anyone with a decent aim, especially when Soldier: 76’s Ultimate is involved. 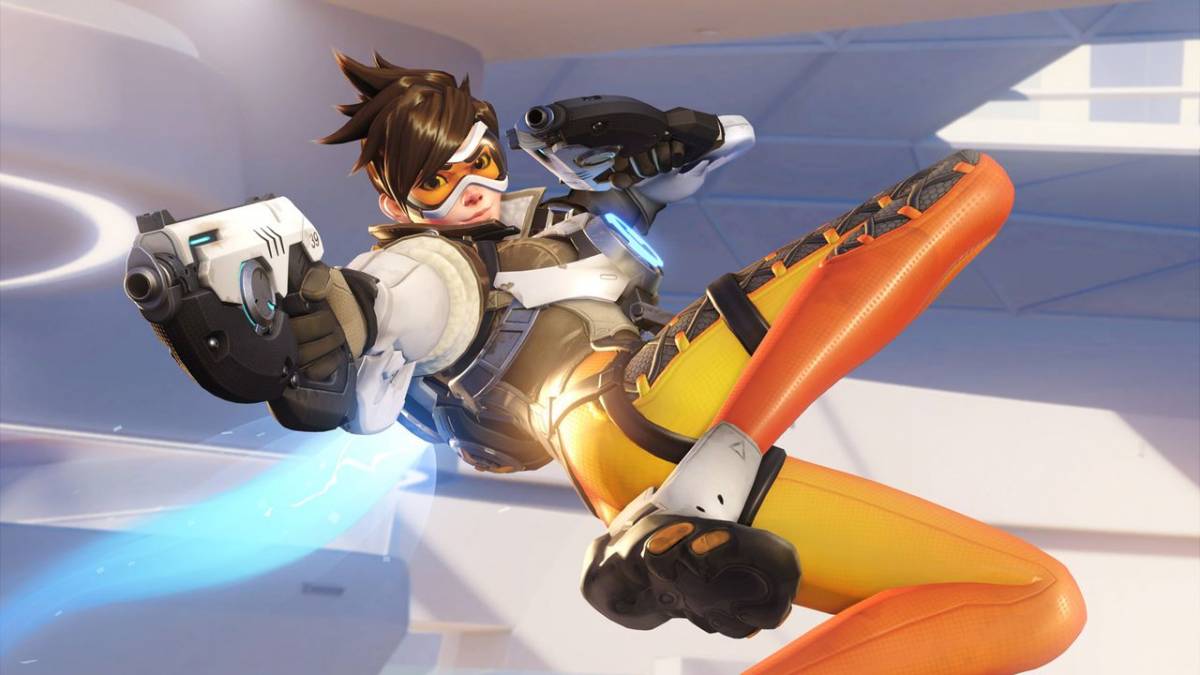 You will either grow to love the Ultimates your hero can unleash or groan with fear whenever you hear Hanzo’s dragon approach. Some of them are more irritating than others (Junkrat’s RIP-Tire has probably destroyed a few friendships already), though it must be said that plugging away and playing excellently to be rewarded with a quicker Ult is a real thrill. Again, tactics play a huge part in using your Ultimate successfully – biding your time to self-destruct as D-Va near a cluster of enemies or letting loose with Genji’s Dragonblade creates memorable plays, especially when it’s highlighted as Play of the Game during post-match.

However, Overwatch isn’t half the game it could be if you’re playing solo. Squadding up with friends, discussing tactics and berating each other for mistakes is a big part of the experience. Communicating to a T to claim the objective or to defend it to the last breath can momentarily make you feel like eSports kings. If you fail to gel and collaborate, expect to see the gloating ‘DEFEAT’ sign regularly. If you are going to get Overwatch, get some friends, too.

Overwatch’s many amazing small details are what helps push it to a level that many other games strive for. The voices for the heroes are charming and perfect; more than once have I lost track of what I was supposed to be doing thanks to a random conversation remembering the good old days between two friendly heroes. The sound design overall is simply superb and the feedback you receive from every landed bullet or rocket to the face received makes playing Overwatch a joy. The game has that undeniable special ingredient that is hard to place a finger on, an unquantifiable sense of magic. You can lose hours within Overwatch’s eccentric maps and modes without realising it, which is what any multiplayer shooter worth a damn should do.

Although it’s too easy to wax lyrical about the game, and I could all day, it isn’t without its weak points. Single-player modes lacking in multiplayer games is a constant qualm for many gamers, leading some to decry the game’s not worth as much as a “fuller”. In some ways, they’re right – there’s no way Battlefront should have been full-price, let alone have a season pass that would bankrupt Germany. Overwatch is rather limited for single-player forays, except for a perfunctory mode to play against the AI in a match. This is one of the game’s biggest flaws, the fact that Blizzard have created a sweeping, fascinating lore behind the world of Overwatch, yet there’s almost nothing within to suggest these characters have any connection each other or that there’s anything driving their conflict. It stops Overwatch from reaching the upper echelons of the gaming Hall of Fame, instead relegating it to just one rung below.

It’s worth mentioning Blizzard’s approach to DLC with Overwatch – it’s one of the least obtrusive I have seen in a AAA game for some years. In fact, taking a quick look at the menu, it almost seems like there isn’t any. Of course there is some, but it isn’t projected obnoxiously into your eyes the second you load the game like so many others, which is a surefire way to stop me from even considering it. The DLC is cosmetic, doing absolutely nothing to the balancing or overall mechanics of the game, which is a relief.

Ultimately, Overwatch is a game that can threaten to take over your life if you let it, and if you have willpower as bad as mine, it will do. Once you move past any initial head-scratching over what the hell is going on, it will have you, utterly and irrepressibly. Even though the year is still young, expect to see Overwatch at the top of GotY lists for many.