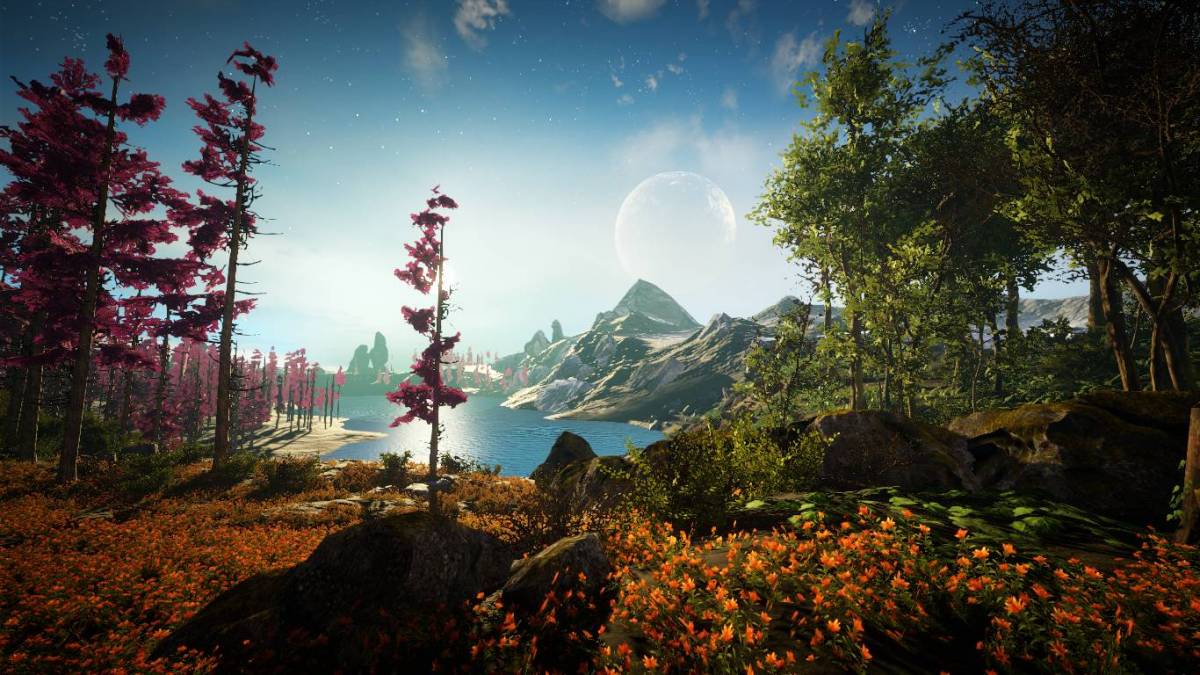 It’s 2017, and what a time to be alive. PC and console gaming have the graphical capabilities and processing power to send us into worlds that we have never seen before. Yet, so often I feel disconnected to games, more so than I’ve felt before.

Generally, I’ve put this down to getting older, becoming more cynical. While I am certain that this does play a role in my disconnection from modern gaming worlds, I don’t think I am entirely to blame. While open worlds are more popular than ever, they often feel shallow and underdeveloped. The Elder Scrolls’ seemingly endless reading material and GTA V’s natural NPCs add to worlds which are living and breathing; they really manage to set themselves apart from the crowd. 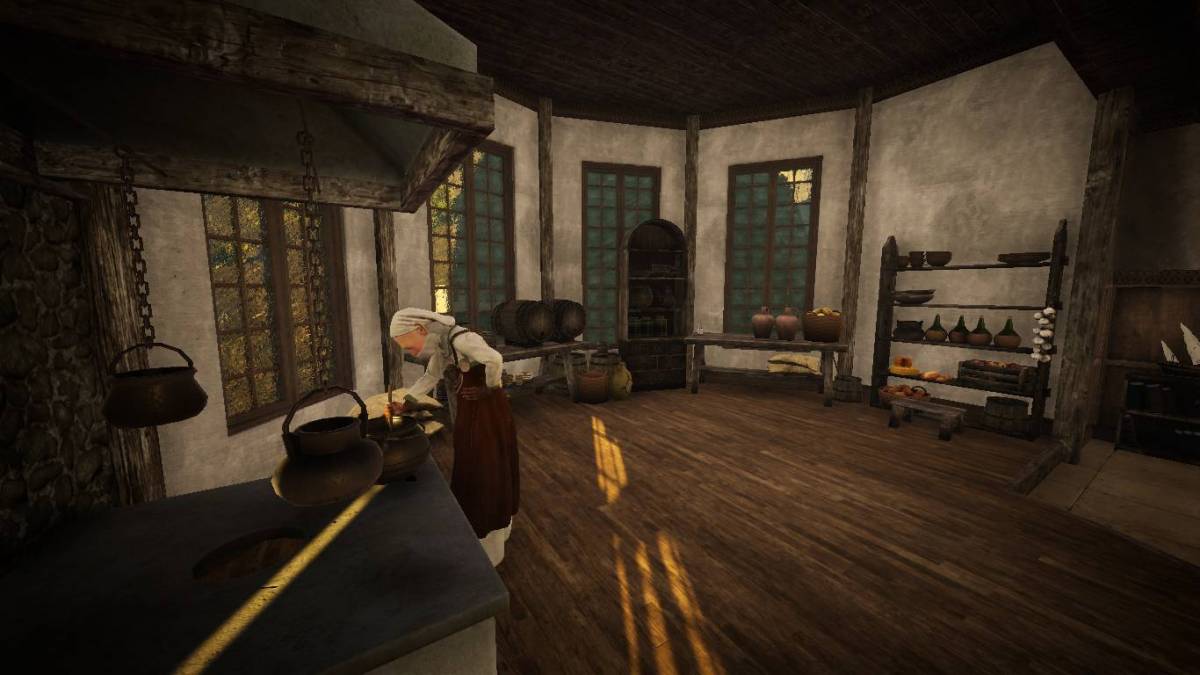 Another genre which has exploded over the past few year is the first person adventure game. You may notice my lack of desire to refer to these games as ‘walking simulators’. The term, which was initially designed as an insult to FPA games which don’t have a particular ‘challenge’, seems to have been stuck onto any game which is viewed from a first person perspective but doesn’t contain combat. Where games like Dear Esther and The Old City could indeed be described as walking simulators, as in games in which you walk and hear the story of the world regaled to you via a narrator, it’s also been stuck to games like The Witness, which is a puzzle game and Kona, which is basically a story driven survival game.

These types of games have differing ways they build worlds. Dear Esther and The Old City do so by using the aforementioned third person narration and fantastic (and nearly completely glitch free) graphical design. Kona builds its world on some fantastic voice work and The Witness isn’t really about world building at all, it was about puzzles. Which brings me to Eastshade Studio’s first title, Leaving Lyndow, and the manner in which they’ve built their world>. Well I’ll come to that in just a moment – first, some background. 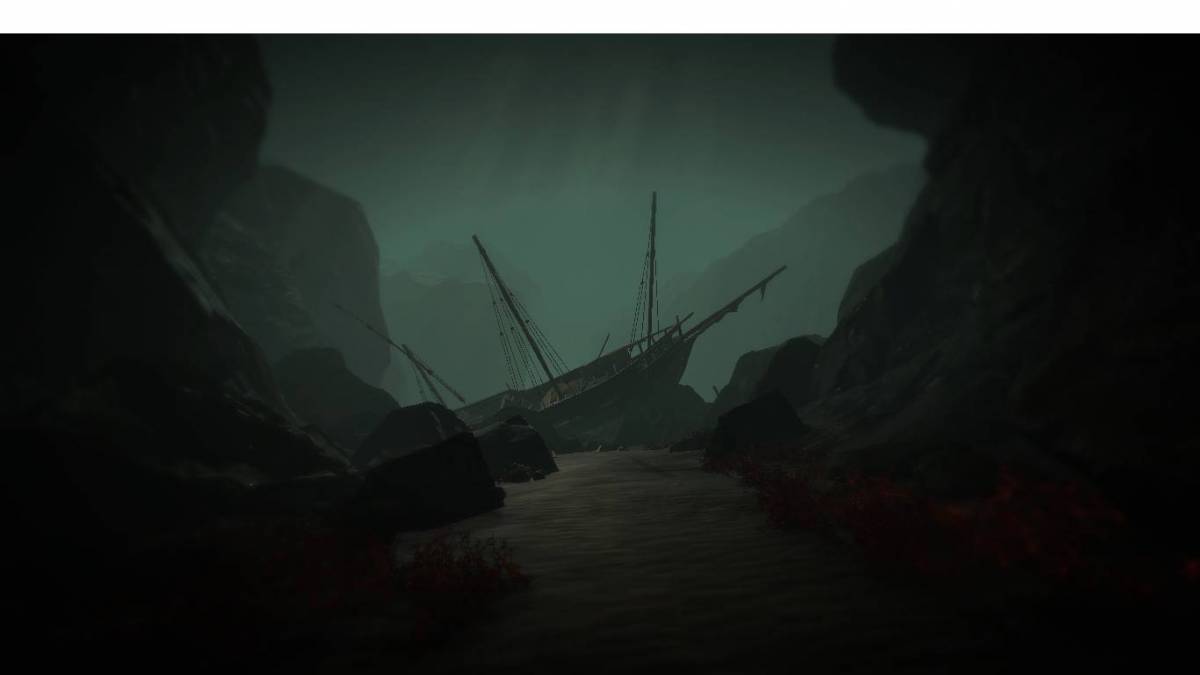 Leaving Lyndow is a precursor to their main title, Eastshade: a first person exploration game based in a fantasy universe. It revolves around a travelling painter venturing around a world which as you guessed, is named Eastshade. Eastshade was to be Eastshade Studios’ first title, but due to never having released a game before, they elected to produce and release a smaller effort in order to ensure they had any problems worked out for the main game’s release. It could also be to generate interest in the title, as I had not heard of it before, despite the fact it’s my kinda thing and looks utterly wonderful.

The plot of Lyndow is simple. You play a scientist who is leaving on a boat to explore the fantasy world of Eastshade. The universe the game is set in is that of a medieval style fantasy world, so as you can imagine, sailing on the high seas is a dangerous endeavour so you set about packing your things and take a stroll to say goodbye to the island of Lyndow. First thing I noticed about Lyndow is the graphics, a beautifully decorated and fully fleshed house to explore, which looks pretty but lived in, the graphics come into their own much more later on. As I walk down the precarious looking stairs I see something that I wasn’t used to in a game like this, a person cooking in the kitchen. 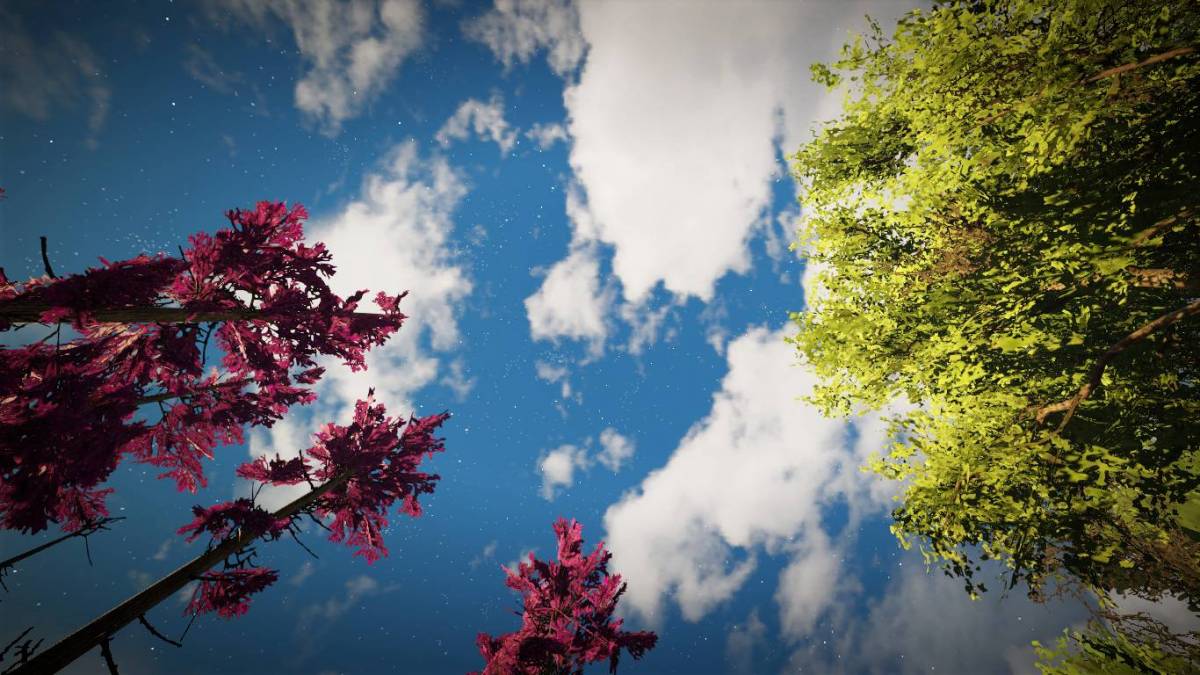 Walking simulators and even first person adventure games seldom have NPC characters in their games – I’m not sure why this is the case, perhaps developers feel that other characters in the game would lose focus on the plot involving the player character. While many of these games often display some lovely world building, the lack of other characters make the worlds feel empty and barren, which is often the point of these plots. Leaving Lyndow is something different, it’s a living breathing world, with people farming, drinking tea, and living their lives. People of interest can be spoken to in a similar fashion to The Elder Scrolls, you speak face to face with characters. While this is a lovely touch, there is one criticism I have to level at the conversational parts of the game. While they work well, everyone on Lyndow has their mouths covered, which is possibly a way to mask lip-synching issues and to keep the player engrossed in the world, however I found it a little distracting.

Stepping outside we are given the opportunity to visit various local areas, Lyndow isn’t an open world game, but allows us to freely wander around these ‘levels’. Each one features a few different activities to do: speaking to people, searching for little straw men around a farm and playing a musical instrument, all of which leads us to some exposition, explaining why your friends and family are so unwilling to see you go on this potentially dangerous voyage. The graphics really step into their own here, the outdoor environments are beautifully created, the architecture of the world is often reminiscent of Myst. The graphics, teamed with great sound work and a calm, perhaps Celtic inspired gentle soundtrack all draws you into the game.

The NPCs, graphics, sound and music all work together to build the world, there is also a lot of text to read which not only build plot, but help to build the world of Eastshade, it’s easily one of the most convincing first person adventure worlds that I have experienced. There is the odd glitch here and there; at one point I could see the floor through the neck of a kneeling NPC. While this may sound like I’m being picky, the rest of the game is so well built and designed, that these occasional glitches help make the world seem a little less convincing and can be a tad distracting, but glitches are part and parcel of modern game development, and I only came across a couple whilst playing Lyndow.

Also I came across a couple of invisible walls, and while I don’t mind when they’re used in conjunction with an obstacle, sometimes they’re used to prevent you leaving a levels boundaries, which again make the game a little less convincing. The game is also very short indeed. which may upset some gamers, but it’s only retailing at $3.99, and I do believe that the concept of Leaving Lyndow is more about quality, not quantity. That being said, I’ve played it through and am still missing a couple of achievements. Still leave your customers wanting more, eh?

All in all, Leaving Lyndow is a beautiful micro-adventure. Its short length and minor glitches do not detract from the fact that this game has not been made, it’s been crafted by a developer who is dedicated to building a fully fleshed world to explore. Lyndow does admittedly at times feel like a prototype for its bigger brother Eastshade, but if Eastshade Studios can continue and build upon the fantastic standard of work performed on Leaving Lyndow, then it could be a game that all adventure gamers should keep an eye on. I look forward to returning to this world.

Verdict
Leaving Lyndow is a trip into a beautifully created world, but this micro-adventure is over all too quickly.
8
Cultured Vultures is a pop culture website established in 2013 covering all things gaming, movies, and more. We eat your words.
All The News On The Biggest Games