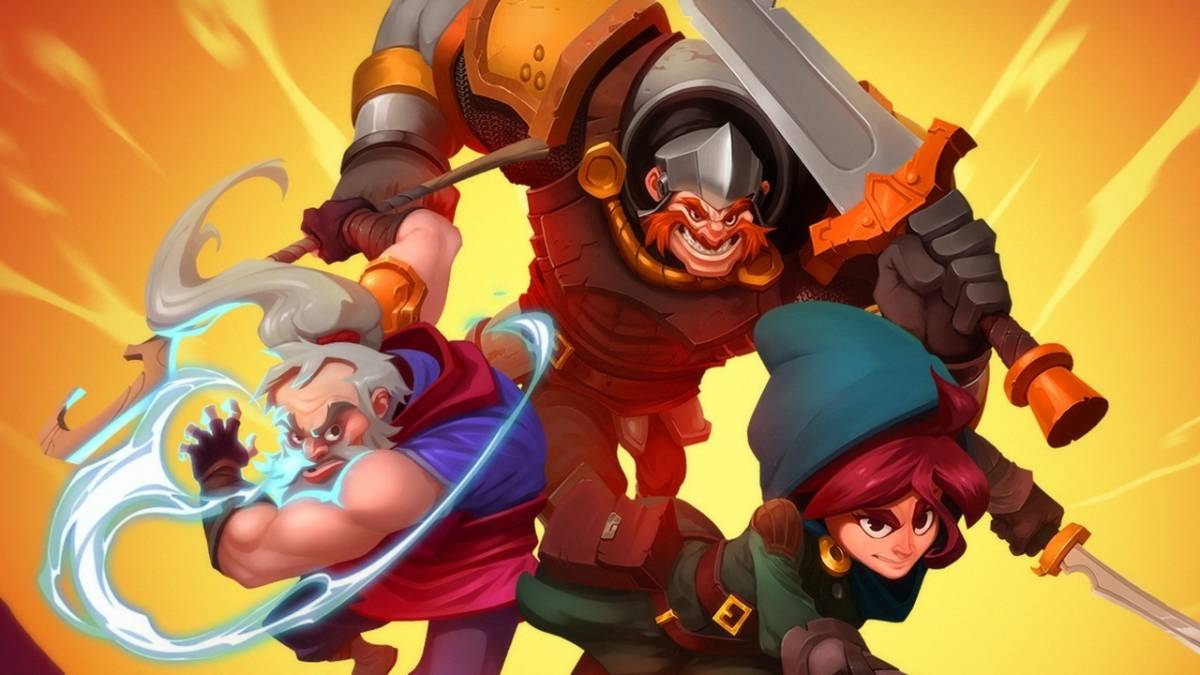 GameStop, the American video games retailer, created a publishing division (GameTrust) in April of last year, partnering with Insomniac Games with Song of the Deep. Many, including myself, saw this as nothing more than a half-hearted experiment resulting in mediocre products. However, after an above average Insomniac title, and Frozenbyte onboard with their new IP, Has-Been Heroes, there are rumblings of optimism for the publisher’s eye for quality. Was their first venture in game publishing a fluke or just the tip of the iceberg?

Frozenbyte’s Has-Been Heroes is a Strategy Roguelike game which straddles the tightrope of frustration and satisfaction with a finesse rarely seen. The prologue sets the tone with almost humorous yet charming quips and simple yet charming character design. You start as a young woman who meets the last two remaining heroes from a bygone era and get roped into their final quest: Escorting two princesses to school. The tutorial section gives you the bare essentials and sets you on your way. This is possibly the first of many great aspects of Has-Been Heroes. 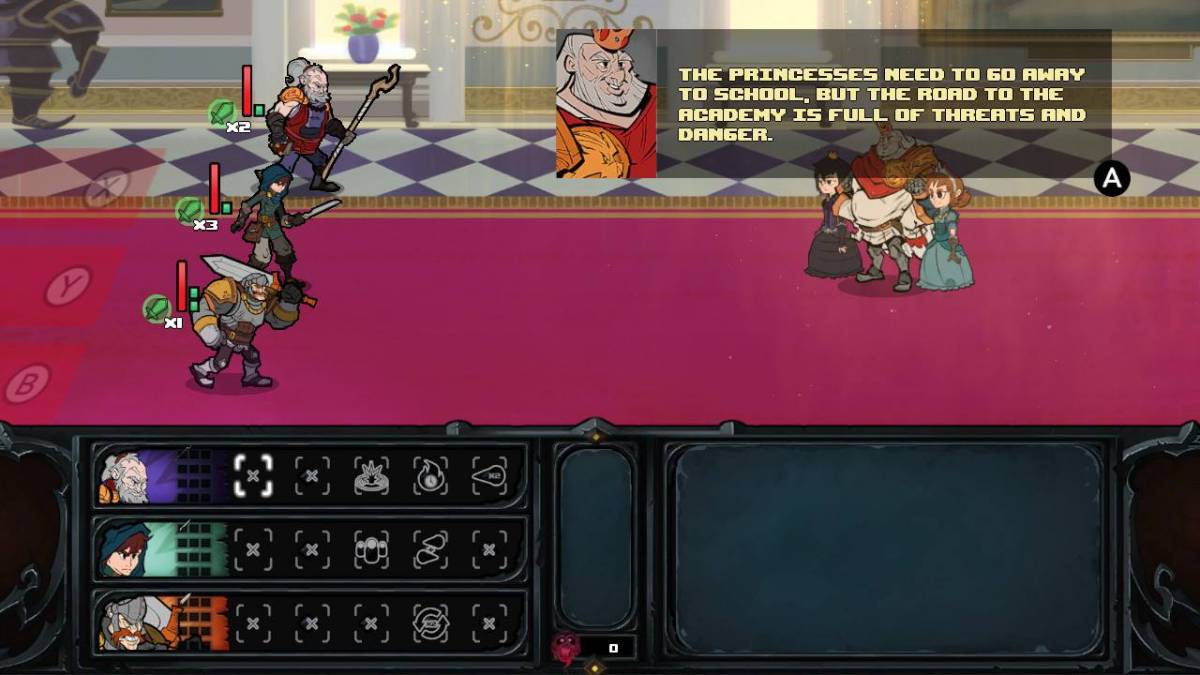 The control scheme takes some getting used to, but the arc from fumbling between characters to perfectly executing a three character combo in less than a second is a very gratifying one. Learning the game is most of the battle, but it may take a lot of time to master it. The gameplay sees waves of enemies fumble towards you with varying degrees of pace and danger and you fend them off by using melee attacks and spells. The most effective approach is to reduce their stamina permanently by attacking enemies when stunned. This approach is necessary for almost all boss fights and after stumbling upon this tactic, I found little need to switch it up. However, you’ll need more than just well-timed stuns if you want to make meaningful progression in this game.

Every aspect of combat is essential to mastering the game and, once you’re able to navigate the UI effectively, the learning curve is steep but intuitive. The UI is overcrowded and text boxes are clumsily placed. Not to mention the grammatical errors in the text; Has-Been Heroes was created by a Finnish team, but perhaps a more fluent/native English speaker should have been hired for translation. When the characters do speak, they produce little sound effects similar to The Sims or the Legend of Zelda franchise. These sound effects reinforce the charm factor and the little mistakes are easily glazed over once the prologue is completed. 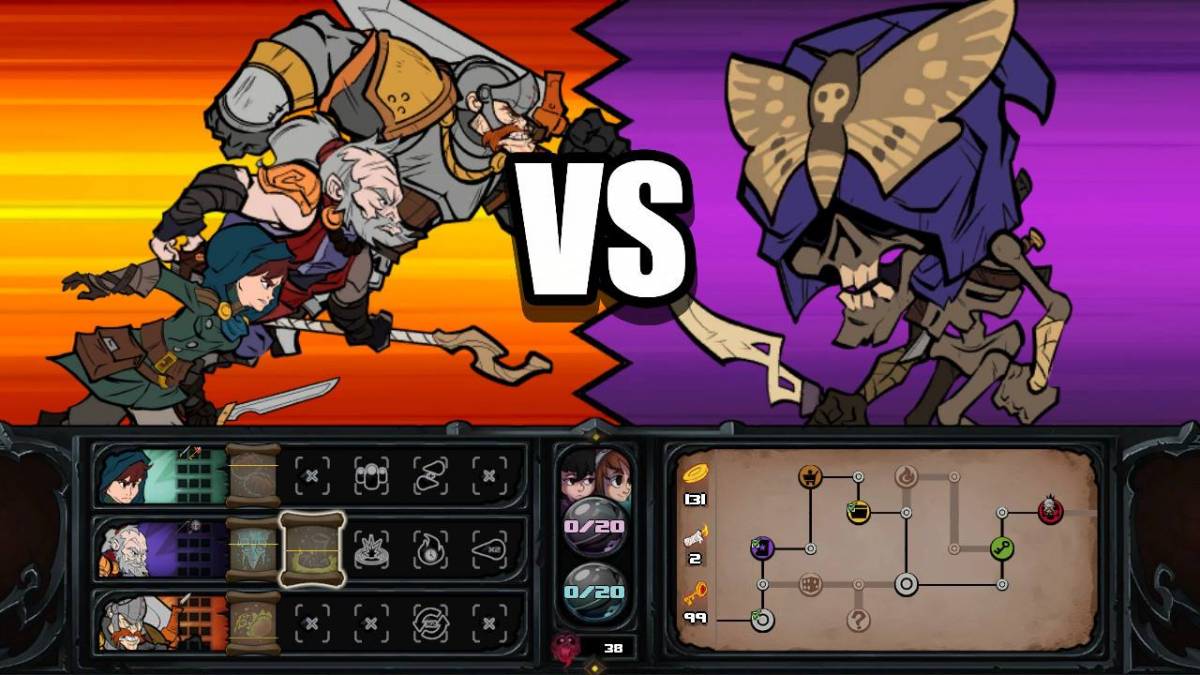 Once you’ve completed the prologue, you can begin the game in the state that it will be for the rest of your playtime. With RNGs (random number generators) determining map outlay and backdrop, you embark on a journey navigating the forks in the road with the right analogue stick and choosing your path with the R button. Battles earn you gold and souls; gold for items and spells in-game and souls for permanent unlocks. Unlocking items enable you to stumble across them in your playthroughs but once one of your characters die, then that’s game over and none of your equipped items/spells carry over. This is recognisable territory for roguelike fans but having to replay earlier stages once you’ve completed the game multiple times can be tedious.

Completing the game numerous times does scratch that completion percentage itch, as there are 10 alternate endings, over 300 spells, 200 items, 200 enemy types, 40 crossroads, 12 regions, and 36 playable characters. Having this amount of collectibles, and meaningful collectibles at that, is very important and will give the player a firm motivation for over and over again. Perhaps the most impressive thing about Has-Been Heroes is the sustained variety across all these 500+ items and spells. Although I didn’t unlock every spell in my time with the game, each one was surprisingly unique and cater many different playstyles; the same is to be said about the items. It’s a shame there isn’t more choice in which items and spells you can have past character selection as I found I was able to make adequate progress with just the three original characters so was often left wanting when it came to which spells I needed for certain scenarios. The enemy types are all very similar, mostly consisting of skeletons with different headgear, and as their HP, stamina and hit count are easily accessible, it isn’t necessary to care all that much about which enemies you are facing outside of boss battles. Boss battles grant your playthrough a great deal of variety as long as the RNGs do not pit you against the same enemies time after time. 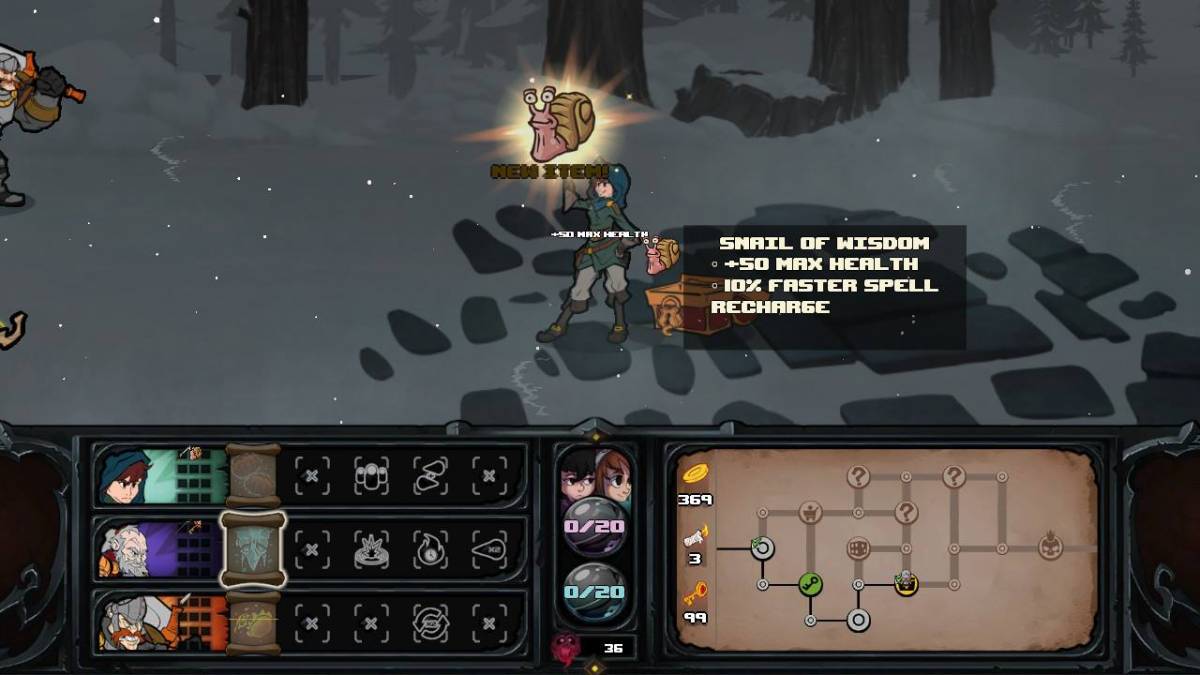 This title demands your concentration while you play and long after. It can be draining, and repeating early levels is frustrating but the challenge is rewarding. You’ll kick yourself after making small but very costly mistakes. You’ll want to launch your controller across the room after surviving a thrilling boss battle only to die in the very next battle. However after seeing all the souls you’ve collected being used to unlock chests at the end of each playthrough your brain will release just enough dopamine to allow your thumbs to start a new game almost immediately.

I should mention that the only bug I noticed was very occasionally the game didn’t allow for multiple lane switches when it should have. Luckily it didn’t happen at any devastating moments but I can see how that might end a playthrough. It happened once every 2-3 hours in my experience with the game.

Having played on the Nintendo Switch, I should mention that the game fits a handheld perspective far greater than the big screen. There is no visibly increased resolution on the TV but Has-Been Heroes won’t bring you back because of its visual fidelity in either instance. The addicting gameplay and charming aesthetic provide the perfect combination of light and shade in a title that takes inspiration from the likes of Plants vs. Zombies and Dark Souls. Now I don’t know about you, but that’s a winning combination in my eyes.

Verdict
Has-Been Heroes is a fairly ambitious title which achieves a lot of its goals. It’s the perfect blend of difficult and rewarding and has a real replayability factor that other titles that cost a lot more don’t offer. Perhaps a more creative form of storytelling to drive the narrative forward would have been appreciated, but the team at Frozenbyte clearly prioritised gameplay. Well it paid off, in spades.
7.5
Cultured Vultures is a pop culture website established in 2013 covering all things gaming, movies, and more. We eat your words.
All The News On Your Favourite Games