Game of Thrones Season 6: Forgotten Characters Who Should Return 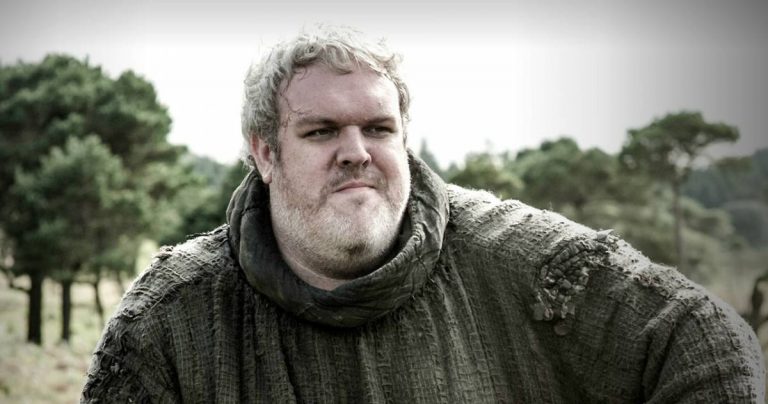 George R.R. Martin and the TV writers behind Game of Thrones have a reputation for finding gruesome and soul crushing ways to dispatch their characters. In Westeros not only is no one safe, but death is like a Wheel of Fortune: you never know what you’re going to get. But what about the characters who didn’t die? What about the ones who the writers forgot about?

Are they gone forever? Do their stories not matter anymore? Or is Game of Thrones just waiting to blow our minds? Here are those characters you totally forgot about. Let’s be honest though – there’s some we want to see again more than others. Let’s talk about the characters who should make a powerful return in season six.

One of the last remaining Starks is at the top of this list for a reason. With probably the longest absence in the entire series Benjen Stark only actually appeared in three episodes, way back in the first season. After not returning from an expedition beyond the wall, the Night Watch’s chief ranger must somehow be tied to the threat of White Walkers and their undead magic.

While it’s true that Jon Snow is technically dead, season six would be a great time for Benjen to pop up again with a handy magic resurrection potion. It wouldn’t exactly be in keeping with the series, but this is Jon Snow we’re talking about here. What hope is there for Westeros and the world of men if Lord Snow is dead? Benjen Stark needs to set his SatNav for Castle Black pronto.

Let’s be honest here – there’s only one reason we want to see Walder Frey show up again. He might not have been the architect behind the Red Wedding, but he was its inciter and conductor. The ruthless joy with which he murdered the great hope of the North can never be forgiven. Fans may have forgotten about him (he hasn’t appeared since season three) but the North has not. The North remembers.

Only one question remains then. Who wields the dagger of revenge? Which character should finally give the ruler of the Twins his comeuppance? There are many choices, but our hopes rest with Sansa Stark. After five seasons of suffering for other people’s machinations, it’s time the North rallied behind the Stark who has sacrificed the most to survive. We’ll also permit Brienne of Tarth to be involved also. She’s got that massive Valyrian steel sword after all.

Who doesn’t want to see Hodor again? Sure, Hodor is really part of Bran Stark’s story – and thus M.I.A for all of season five – but tell us which one you’re most excited to see return? Loyal to a fault, Hodor has carried Bran from Winterfell to the wall, then deep into the land beyond it.

Bran’s story almost certainly pertains to the Children of the Forest – a mysterious race of forest folk who lived in Westeros at the time the first men landed on its shores. When we finally see Bran again, we’re talking big picture answers for the series as a whole. What are the White Walkers? Are the Children of the Forest friend or foe? Who is the three eyed raven?

We all remember Rickon Stark, right? The youngest offspring of Ned, Rickon has never really had a story in Game of Thrones. While his siblings were busy surviving or dying Rickon was just sort of there. Too young to have a personality or any kind of journey we could invest in.

The game of thrones needs players though, and as season six kicks off the field is looking rather thin. Who’s left to challenge the Boltons for the North? At this point Sansa deserves it, but does she not also deserve a feel-good reunion with her youngest brother after all she’s been through? And who knows, maybe after all this time (he was last seen with wildling Osha in season three) perhaps he has grown into a personality. Maybe he’s been taught the ways of the wildlings – wouldn’t that be an interesting twist?

What the hell happened to the Greyjoys anyway? Didn’t they have a plan to conquer the North or something? Last we remember they were beaten back by the Boltons, but you can bet they’ve been plotting their next move on the Iron Islands.

Given how the TV show has almost run out of book to adapt, it’s interesting that we’ve not seen more of Yara and House Greyjoy. Yara’s story, and the intrigue surrounding her father and uncle, is something the book series explores in much more detail. With Gemma Whelan (who plays Yara) set to return for season six expect the show to mine the rest of her story and then some.

There seemed to be no love lost between the Starks and the Greyjoys, but with the Boltons now enemy number one in the Iron Islands, could we see old enemies become allies? Yara is certainly a more likable character than her father Balon, and has the potential to be a major female character on the same level as Ygritte or Brienne of Tarth.

Oh, and who doesn’t want to see what goes down when she’s finally in a room with Theon again?