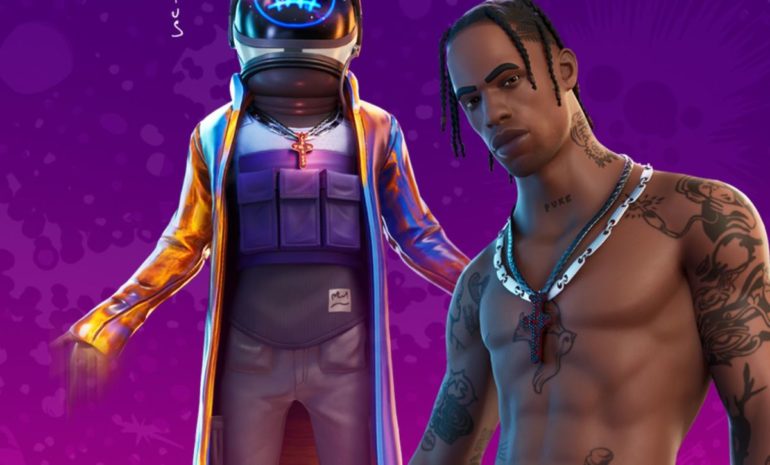 Despite what many jaded fans are saying, Fortnite is far from dead, something that was evidenced by the recent Travis Scott event when a whopping 12.3 million concurrent players logged in to check out the visual madness.

This comfortably beats the previous record set in early 2019 for the Marshmello concert, which saw 10.7 million attendees. That’s still an incredible figure, but 12.3 million concurrent players is virtually unheard of.

A few things may have helped the Travis Scott event in Fortnite reach new highs. For one, Travis Scott has a far bigger social media reach than Marshmello, him boasting 7.6m followers on Twitter compared to Marshmello’s 2.2m followers with Scott engaging constantly in the lead up to the event.

going live on https://t.co/hR0c39IQEP to watch Astronomical with the gang at 630 PM ET. They gave me skins for the homies but fuck that I’m giving them to yall !! Follow @cactusjack on IG to get and redeem on this link Ahhhhhhhhhhhhhd nfmfd https://t.co/gcEwGn3QCQ pic.twitter.com/q2Q1heP45b

The bigger numbers may also be down to just how much went into marketing the show. Epic have done fantastically to build anticipation, releasing free cosmetics and challenges to get players invested, as well as Travis Scott skins in the Item Shop. Even those who don’t like Travis Scott may have found themselves intrigued by the build-up which promised plenty to get excited about. I’m not a Travis Scott guy at all, but I still found myself queuing up to watch his avatar perform studio version tracks.

The third, and perhaps biggest, reason for the surge in concurrent players may be down to what’s going on in the world right now. With so many people inside and school cancelled, even a random Thursday can be a great time to hold a huge event.

It’s almost a moot point to mention at this point, but Fortnite is also a free-to-play game, meaning the cost of entry for Travis Scott fans that don’t play Fortnite is zero. Therefore, it’s safe to assume that Epic had a whole bunch of new players just to check out the event, as well as some lapsed fans.

With plenty of repeat showings of the concert coming up over the next few days, expect Fortnite to continue to post huge player numbers for the foreseeable future.

MORE FORTNITE:
– How Many People Play Fortnite?
– Fortnite: Where To Find The Gold Coin
– The Grotto Is The Best Landing Spot In Fortnite Season 2