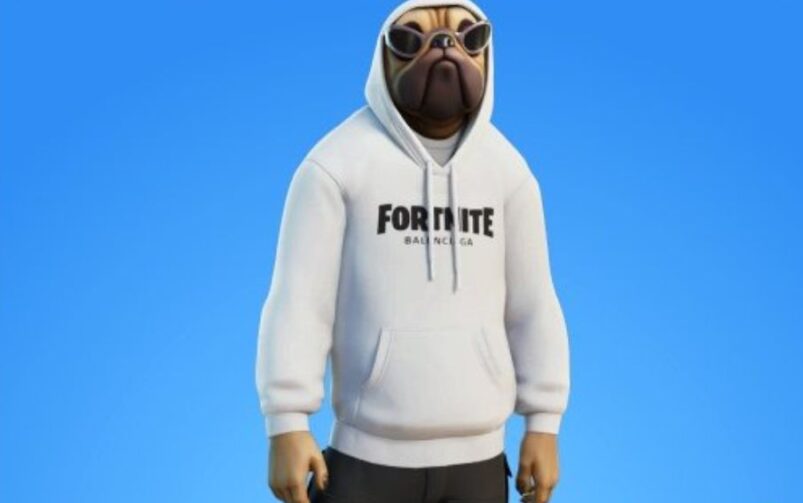 Fortnite is more than just a video game these days, it’s also a fashion experience. That’s been highlighted by a new collaboration with Balenciaga, favourites of hype beasts everywhere, which will bring a whole host of new skins and cosmetics to the game.

If you aren’t familiar with Balenciaga, they’re a Spanish/French streetwear company who make a lot of money from making very large, very overpriced clothing for the most part, but they do have some nice clothes sometimes.

Here’s everything you need to know about the Fortnite and Balenciaga collaboration, including what skins you can pick up.

There will be a few Balenciaga skins as part of the crossover, including a very driptastic Doggo who will have loads of their own styles as well. You can check out all of the cosmetics above, or in the collection below.

Here’s the name of the new skins in the crossover, according to leakers:

There will also be an emote called The Look, a glider called the Parasail Purse, and Speed Sneaker as a pickaxe to go along with the skins, on top of that, there will also be several back blings and wraps to be bought, but two sprays, Fashion Doggo and Knight Looks, will be available for free for completing challenges.

Prices will vary based on the rarity of the skins in the Balenciaga. Game Knight and Shady Doggo should cost 1200 V-Bucks each as Rare skins, whereas Fashion Banshee and Unchained Ramirez should cost around 1500 V-Bucks as they are Epic rarity.

In terms of a Balenciaga bundle, it’s not clear just yet if there even will be one, but if there is, expect it to include every single cosmetic for more than 3000 V-Bucks, just as there is so much that goes along with the Balenciaga Fit Set.

The Fortnite X Balenciaga skins and cosmetics should release on September 20th, 2021 as most decrypted skins release on that same day, though this is not yet certain.

As with most collabs, expect these Balenciaga cosmetics to be in the Item Shop for at least a week before they cycle out. It’s not clear yet whether they will return after that, but there’s no reason to suspect they won’t.

Be sure to visit fn.gg/balenciaga for all of the information on this collab.