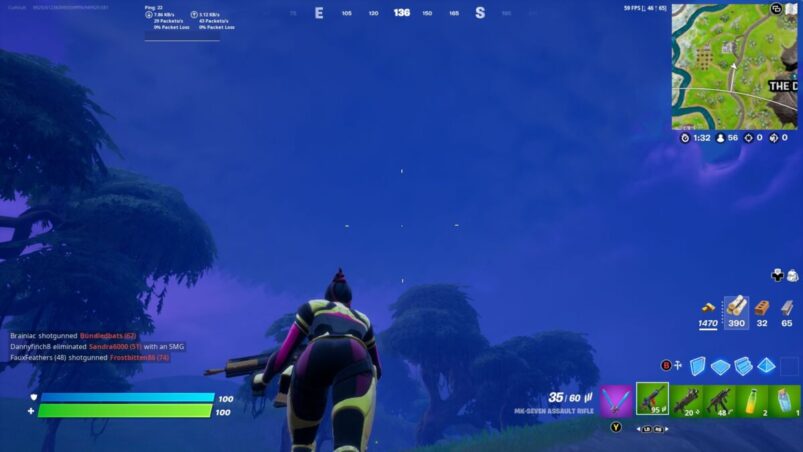 With Winterfest in the rearview mirror, Fortnite is starting to look towards the future of Chapter 3 and what might as well be called Weatherfest with the introduction of a brand new weather system that sends storms around the island.

First hinted at in the reveal trailer for Chapter 3, the weather system has been added long after the launch of Chapter 3 itself to give it some time to breathe as its own new big thing. A lot went down at the start of Chapter 3, so tornadoes and lightning might not have resonated quite as much. Plus, Epic gave themselves extra time to work on the system and also give Season 1 a bit update halfway through it.

Here’s everything you need to know about the new weather in Fortnite, including how the lightning and tornadoes work.

You can tell that lightning is on the way when you notice a dark cloud in the sky, with lightning surrounding the area the cloud is above shortly after.

Lightning in Fortnite will provide players with a small speed boost when they’re hit with it, which also does a little bit of damage. On top of that, the lightning will set anything it hits (apart from players) on fire.

If you want to get struck even easier by lightning, you need to get to a higher position or swim in water, but bear in mind that you can’t get hit by lightning more than once in a row.

Tornadoes appear randomly and look, as you might expect, like giant swirls of furious air and dust. You can easily see them from even far across the map.

As for what they do, tornadoes carry you up into the air, allowing you to glider redeploy — there’s not much more to it than that. Tornadoes will also “suck up” any objects that are around it, but don’t worry about it damaging you or anything like that.

From January 11th, 2022 until January 17th at 9 AM ET, players can experience this weather more often thanks to Tornado Week, a celebration of their introduction.

Be sure to visit fn.gg/Storms for all of the information on this huge new addition to Fortnite.

MORE FORTNITE: Do You Need PlayStation Plus To Play Fortnite?