Fortnite: How To Get The Spider-Man Zero Skin For Free 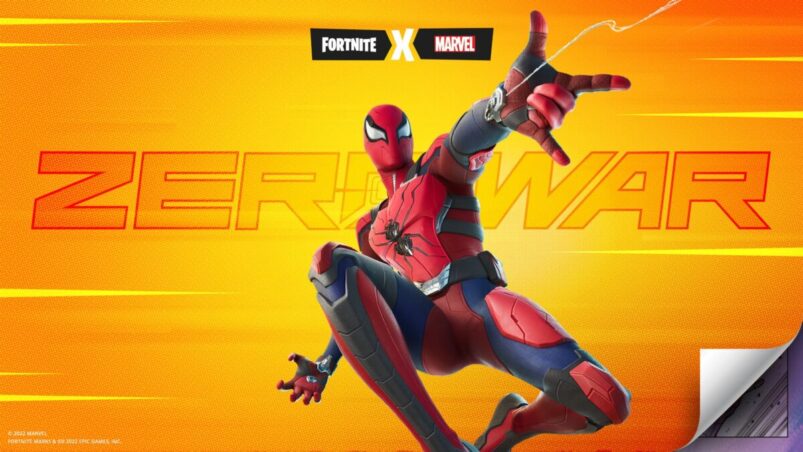 The series will tell the events outside of the in-game perspective of Fortnite’s epic narrative, taking place during Chapter 3 — Season 2, leading up to the Collision live event. As with DC’s Batman/Fortnite: Zero Point, this will include heroes receiving Fortnite-themed spins on their gear as they survive the Island’s battles.

As usual, the cosmetics are initially only available for “free” through the comics, but will later arrive in the Fortnite Item Shop — sometimes with even more cosmetics. That’s the case with the Spider-Man Zero cosmetic set.

The Spider-Man Zero Fortnite set will include:

However, the code obtainable through Zero War #1 will only grant players the skin. When the set arrives in the Item Shop, a discount equal to the skin’s value will be applied to the Spider-Man Zero Bundle, making it easier to complete the set.

Where To Find Spider-Man Zero Codes

Codes will be available only on first-edition prints of the physical comics, and for a limited time in the Marvel Comics and Marvel Unlimited apps. Those who collect all five issues of the comics will be granted a 6th additional item, a skin which will also come to the Item Shop at a later date.

The Comics app will grant codes to users until December 31, 2023, while Marvel Unlimited users will have to read all 5 issues until October 28, 2022, to receive an email with all six cosmetics at once. Issues 4 and 5 will have exclusive cosmetics, meaning they won’t come to the Item Shop.

UPDATE: Epic Games’ blog post regarding the comic had previously stated the Marvel Comics app would be granting codes, however this segment has since been deleted.

Visit fortnite.com/redeem, and log into your Epic Games account. Type your code into the box, and click redeem to receive your items in-game the next time you play.

Will Fortnite + Marvel: Zero War Comic Be Available In a Collection?