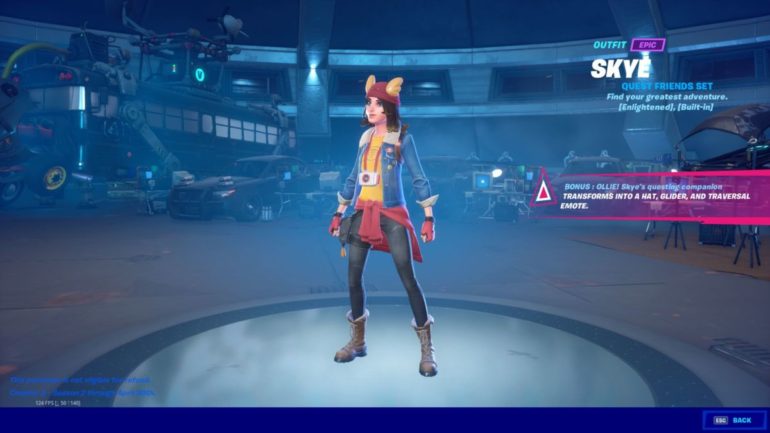 Introduced in Fortnite v12.00, Skye’s Assault Rifle is one of five Mythic weapons added for the start of Chapter 2: Season 2.

A stronger variation on the Epic and Legendary version of the Assault Rifle, which has been nicknamed the SCAR by the Fortnite community, only one of Skye’s Assault Rifle spawns per match.

Here’s everything you need to know about Skye’s Assault Rifle in Fortnite Season 2.

Skye’s Assault Rifle is a significant upgrade on the standard SCAR as its rate of fire and lack of recoil means that it can eliminate many players before they even know what’s happening.

To find Skye’s Assault Rifle, you will need to venture out to The Shark POI, which was also added to the map as part of the v12.00 update. It’s in the top left of the Fortnite map, not too far away from Sweaty Sands.

Once you’ve arrived, you will notice that it looks like a holiday home for a Bond villain. Henchmen patrol the area and also other players as it’s one of the most popular Named Locations of the new season, so be careful.

Skye herself can be found on the bottom floor. As with all the other bosses in Fortnite, she has 300 health but can do a lot of damage herself, so bear that in mind. You can unlock Skye yourself as a skin by reaching tier 80 on the Season 2 Battle Pass.

Once she has been eliminated, she will drop Skye’s Assault Rifle as well as Skye’s Grappler: an infinite use Grappler that works much in the same way as always. On top of that, Skye will also drop a keycard which you can use to access The Shark’s Vault on the bottom floor as well as all the loot that resides within.

Fortnite Season 8: Where To Find The Carnage & Venom Symbiote Mythics