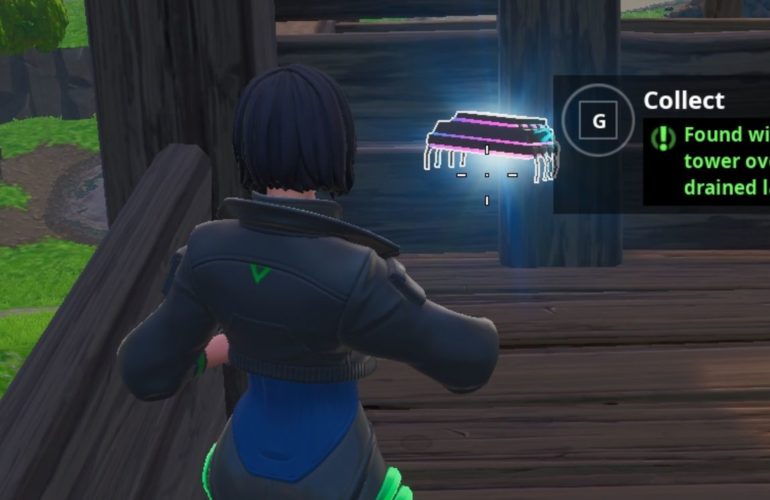 We’re approaching the halfway point of Fortnite Season 9 and the Fortbyte system remains one of the best and content rich additions to Fortnite in a long while. Tuesday of Week 5 presents us with Fortbyte #78: Found Within A Ranger Tower Overlooking A Drained Lake

For those new to Season 9, the Fortbyte system is a set of daily challenges that release at 2pm BST on the dot. There are 100 Fortbytes in total and you receive cosmetic rewards as you collect them, very similar in essence to Battle Pass rewards. Each Fortbyte you collect reveals a tile on a large mosaic image. Currently, Bunker Jonesy looks to be involved with the secrets behind Season 9.

This article focuses on Fortbyte #78: Found Within A Ranger Tower Overlooking A Drained Lake, which like yesterday’s Fortbyte follows the same clue and treasure hunt style of Fortbyte challenge. 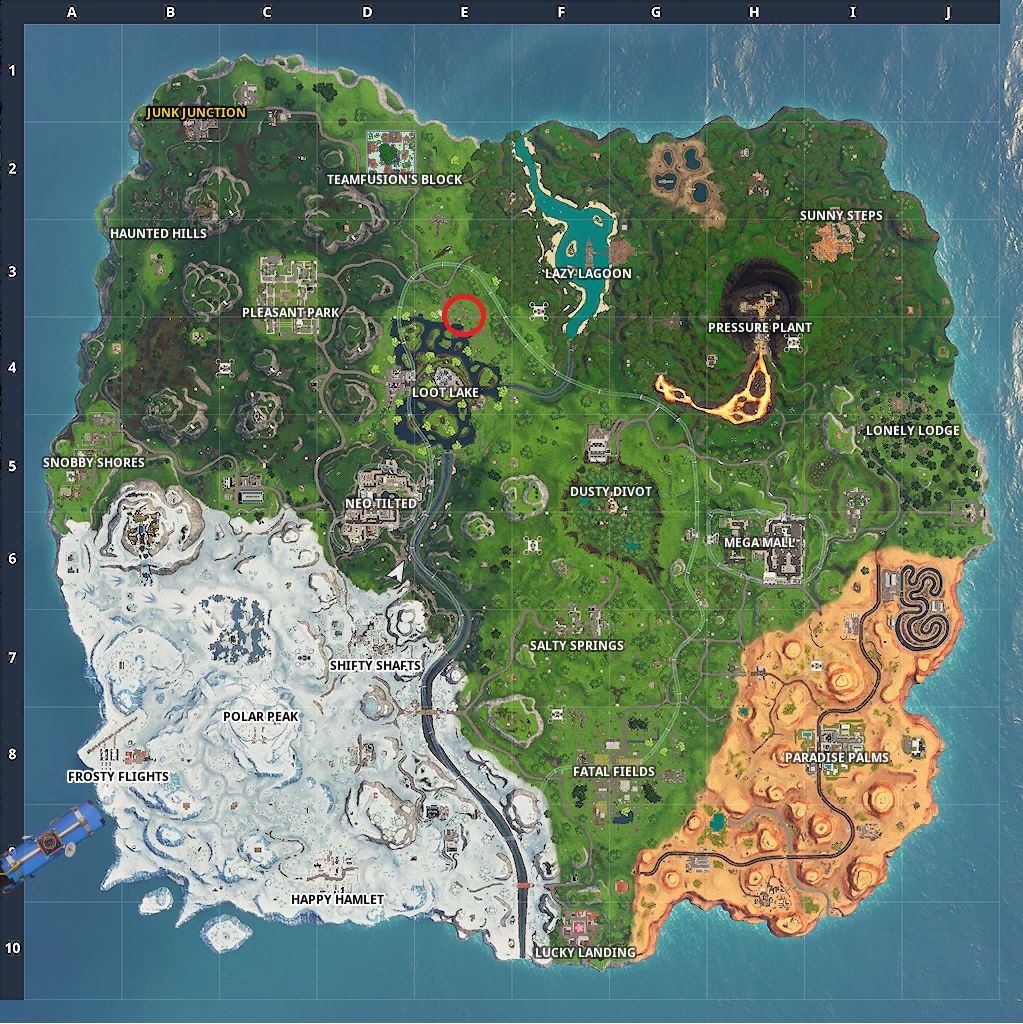 The drained lake in question is actually Loot Lake. Those who have been playing for a while now know that Loot Lake has undergone significant changes over the seasons, even a name change for a short while. Currently, the centre area of Loot Lake has been completely drained revealing a ‘sci-fi’ style metal gate at the basin. Loot Lake can be found at E4 on the main map’s grid. 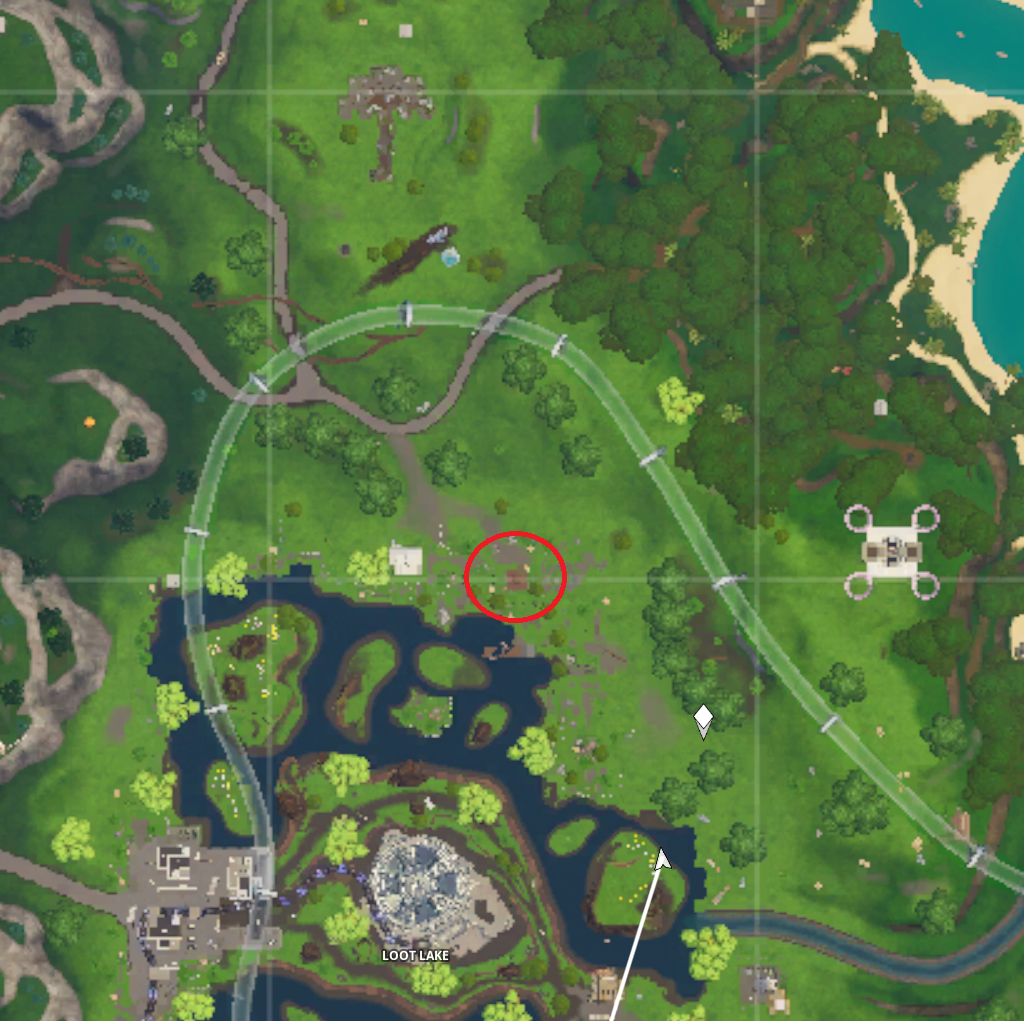 The ranger tower in question is the very old wooden one that has been present since the beginning, north of Loot Lake near the fancy mansion, not the newer concrete ones that have popped up to the east. You’ll find the ranger tower located on the intersection of E3 and E4 on the main map’s grid. 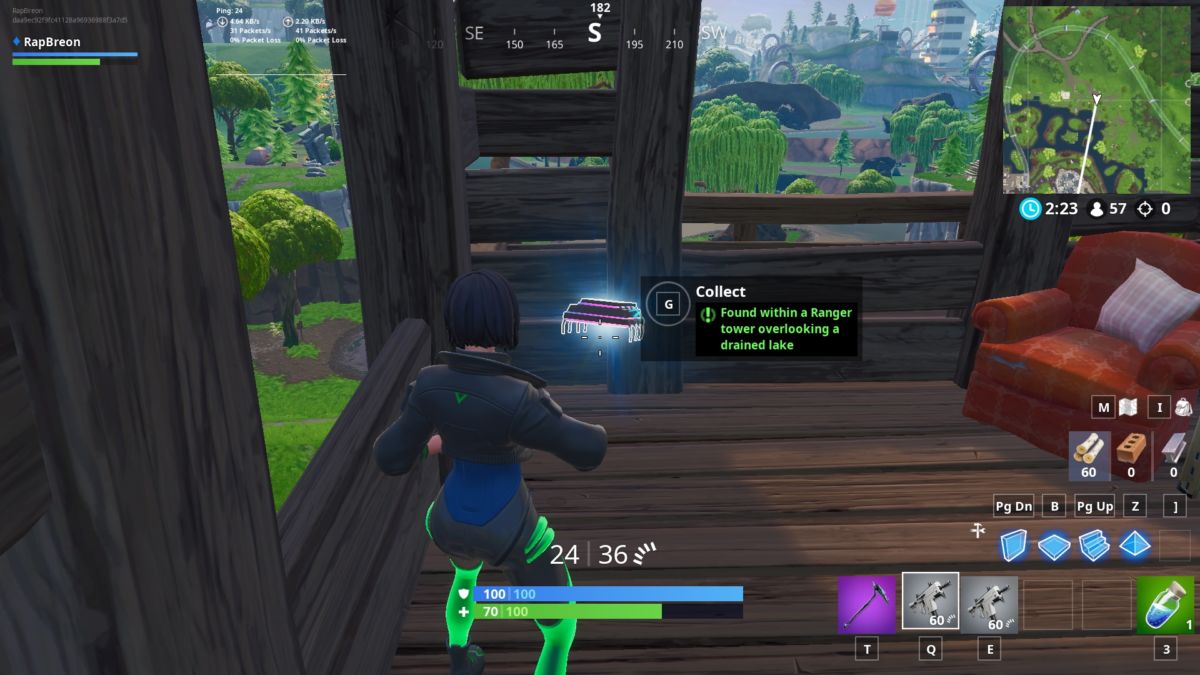 Once you’ve made your way to the aforementioned ranger tower, all you need to do is the climb up to the top of it and it will be resting inside the watch room, you should have no trouble spotting it. Interact with Fortbyte #78 and you’re finished.

Another typical Fortbyte challenge that doesn’t require any kind of Season 9 Battle Pass or free pass access to complete. Probably for the best as the last 7 or so in the past week were very reliant on having a specific reward to complete. That being said, this means that there should be a Battle Pass/free pass Fortbyte on the horizon as everyone catches up with their seasonal progress.