Fortbtye #70 is one of the most involved Fortbytes to date. 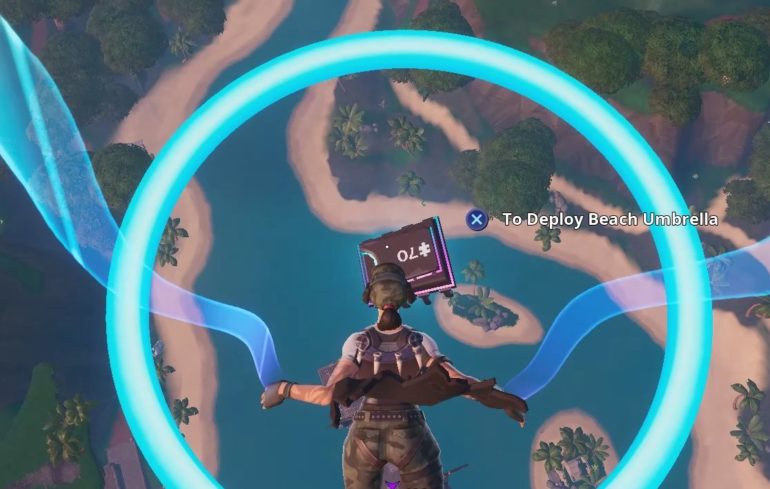 Fortnite Season 9’s fifth week brings with it an eclectic host of new challenges to add to the Fortbytes system, the most recent ones being some of the most inventive since the system was introduced. Today introduces Fortbyte #70, which is accessible by skydiving through the rings above Lazy Lagoon with the Vibrant Contrails equipped.

If you’re unfamiliar, the Fortbyte system works as a method of keeping players invested every day by providing them with scavenger hunts and rewards for completing them. These rewards are tied to your Battle Pass in terms of giving you extra styles, but completing 90 will reward you with the Utopia skin. Dusting off all 100 Fortbytes will give you the complete puzzle picture of Bunker Jonesy, as well as a deep sense of satisfaction.

If you want to know how to complete Fortbyte #70: accessible by skydiving through the rings above Lazy Lagoon with the Vibrant Contrails equipped, here’s everything you ought to know. 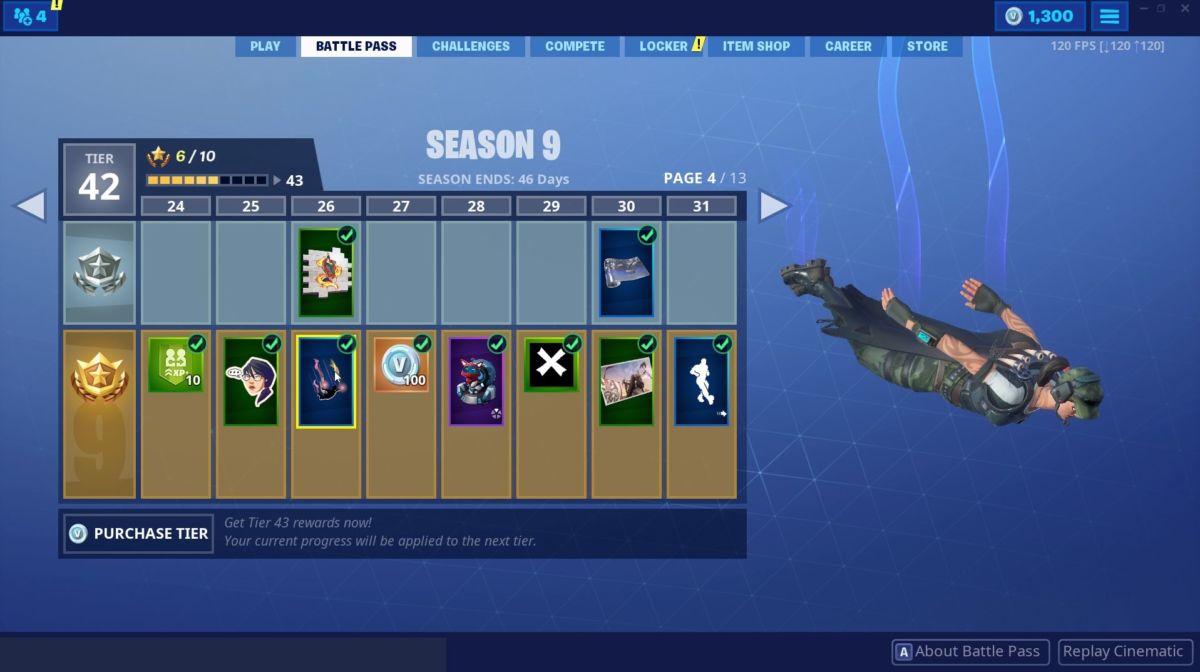 You can find the Vibrant contrails as a paid item on the Fortnite Season 9 Battle Pass at tier 26. You will sadly not be able to access this Fortbyte unless you have already unlocked the item. Do not forget to equip it, either. 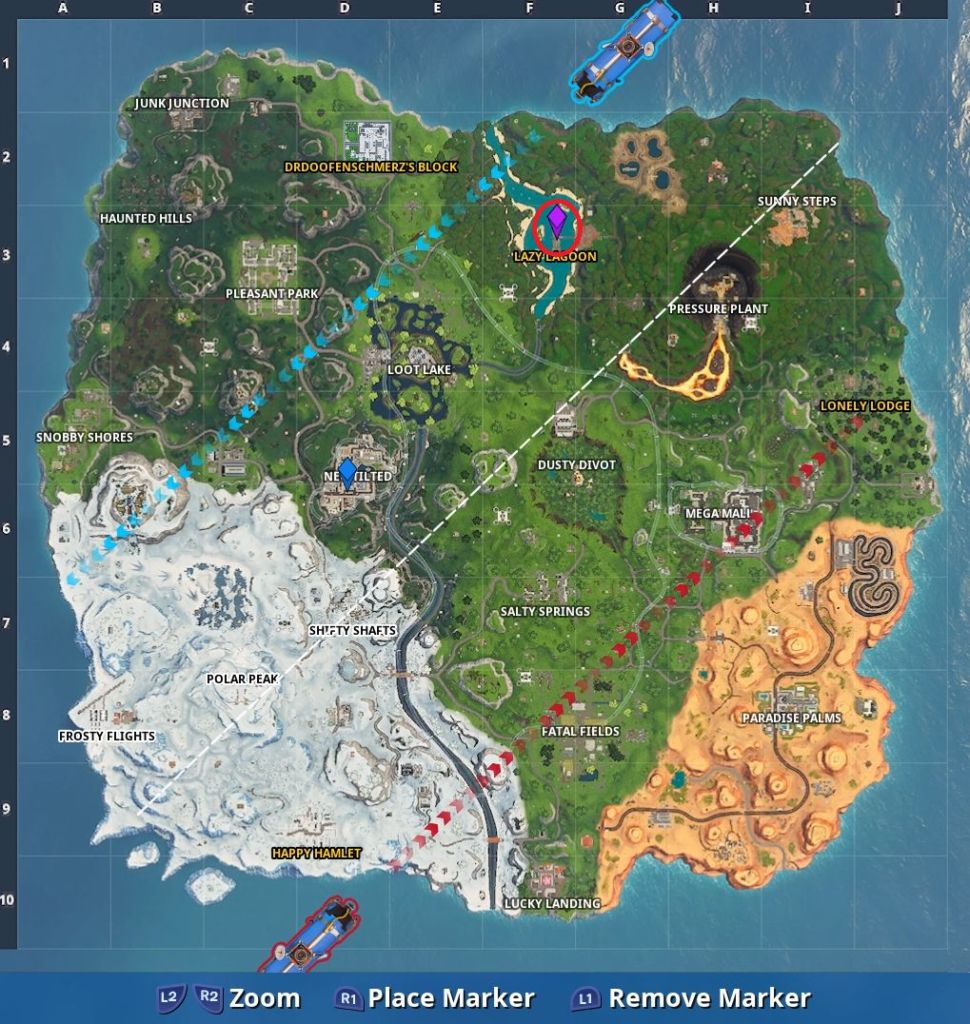 The Fortbyte rings are located directly above the pirate ship in Lazy Lagoon, which is F3 on the Fortnite map. 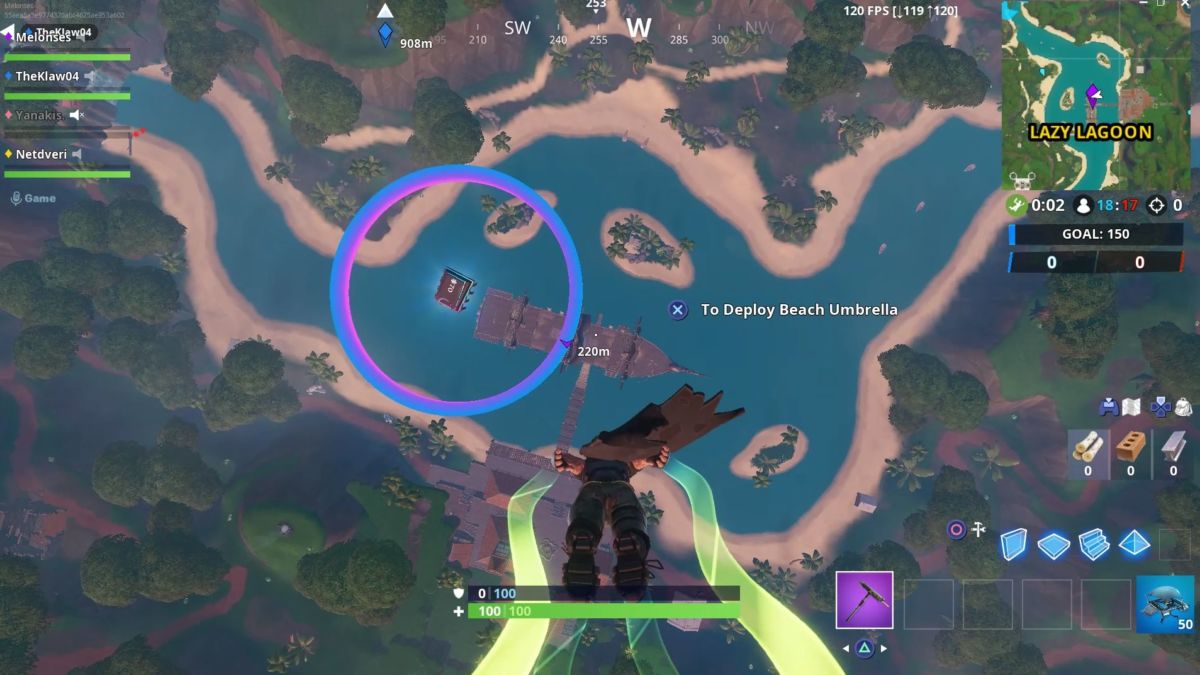 I would highly recommend that you jump into Team Rumble for this one.

You basically need to have the bus fly directly over Lazy Lagoon, or else you may really struggle to get enough altitude to skydive through the rings.

With the Vibrant contrails equipped, simply jump through four consecutive rings above the pirate ship in Lazy; the Fortbyte will become available after the fourth ring. You do not need to press an input to interact with the Fortbyte.

As you can see, this is yet another wild new Fortbyte to shake things up considerably, Fortbtye #70 possibly being the most involved to complete since the pressure plate one.

A lot of this depends on luck with the Battle Bus, but I do wonder how many people won’t have the contrails equipped the first time they attempt this Fortbyte.