All you need to know for the new Fortbyte. 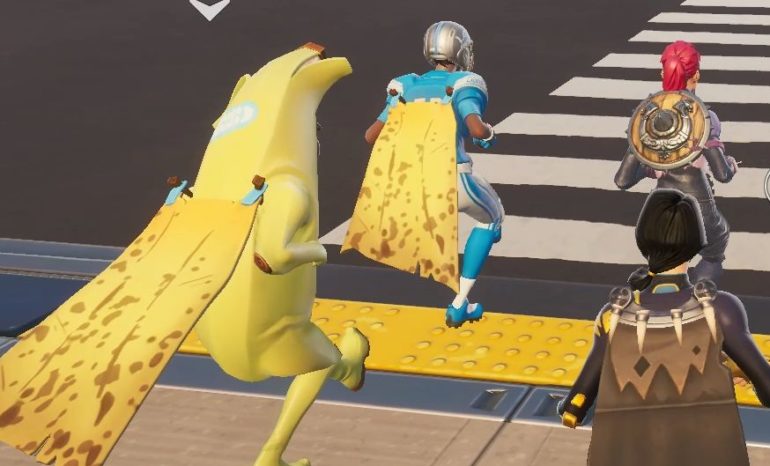 As the wheels keep turning on Fortnite Season 9, you can be sure that the Fortbytes system is really starting to heat up. Not only are the Fortbytes almost getting harder to figure out, but you now need to have made significant progress on your Battle Pass to be able to access a lot of the Fortbytes. Fortbyte #51: Accessible By Using The Cluck Strut To Cross The Road At Peely’s Banana Standis the latest test for you.

If you’re only getting into Fortnite this second (where have you been?), Fortbytes are a new addition for Season 9 that give players daily scavenger hunts to keep them playing, as well as occasionally for completing weekly challenges. Each Fortbyte reveals a tile on a large puzzle featuring Bunker Jonesy, but completing 90 Fortbytes will also unlock the as yet secret Utopia skin. Battle Pass owners will also receive new cosmetic styles for their Battle Pass items.

Here’s everything you need to know about Fortbyte #51: Accessible By Using The Cluck Strut To Cross The Road At Peely’s Banana Stand. 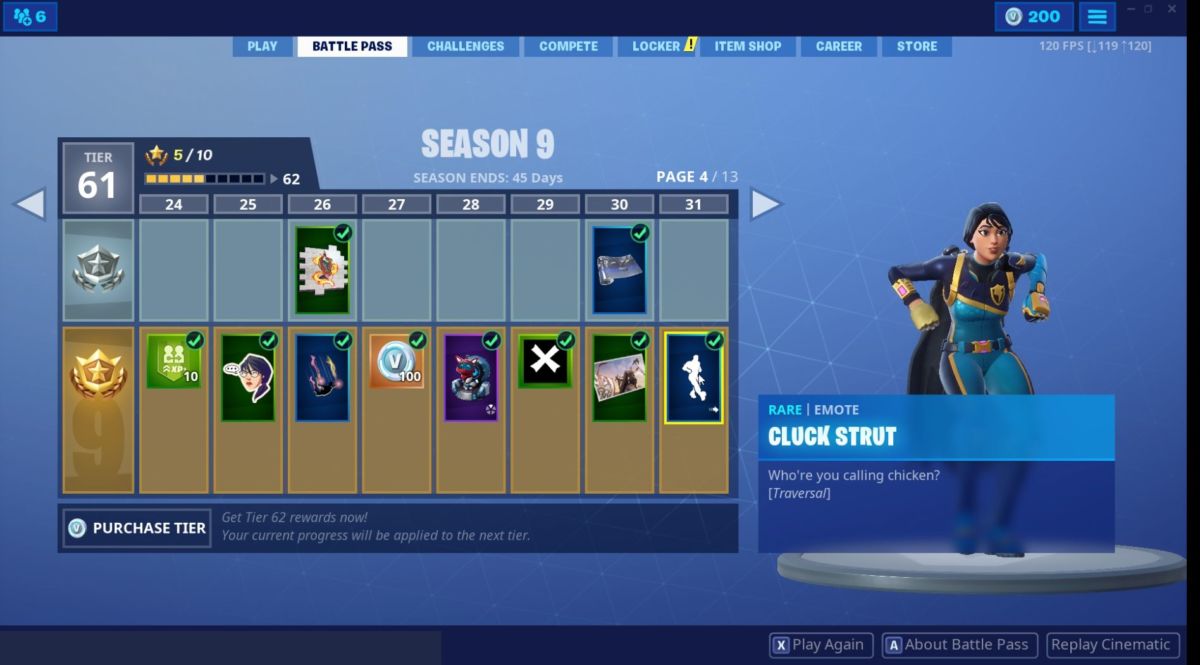 Fortbyte #51 will only be accessible by using the Cluck Strut traversal emote, which is found on tier 31 of the Fortnite Season 9 Battle Pass as a paid item. 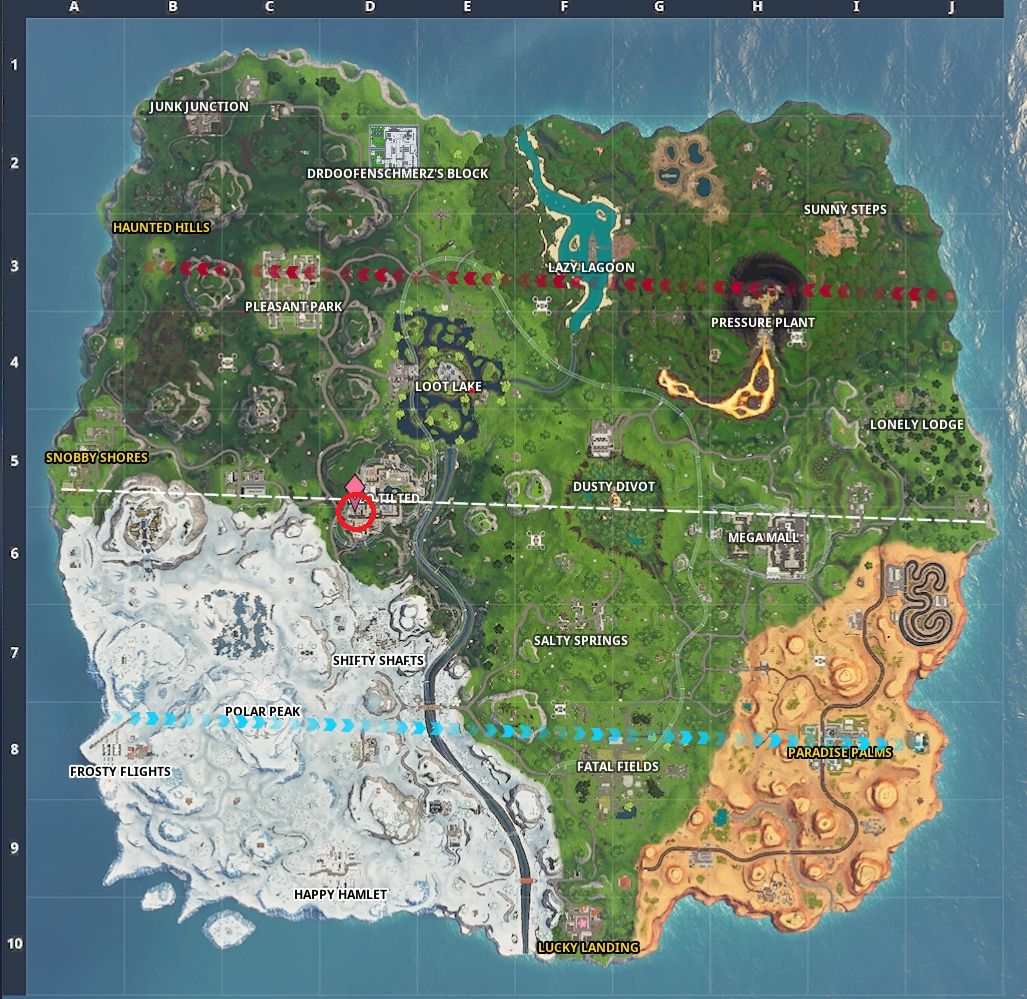 You can find Peely’s Banana Stand in Neo Tilted as a big yellow building on the outskirts of the city. It’s located precisely at the above location on the Fortnite map, D6 on the grid. 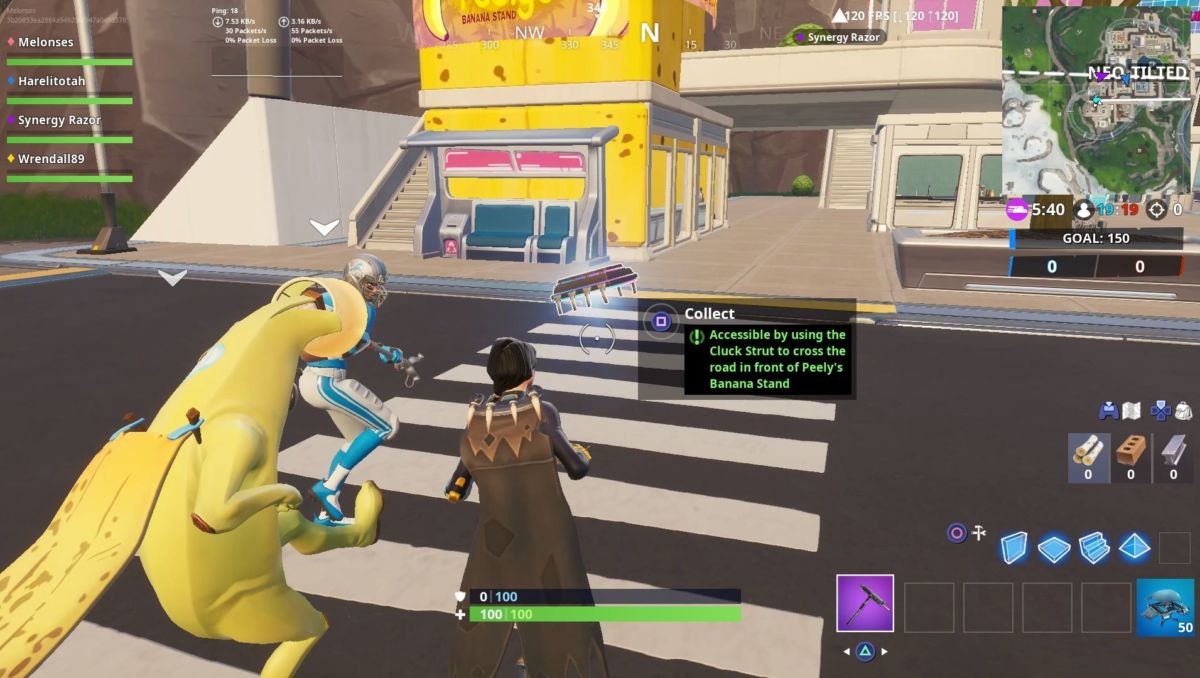 To access Fortbyte #51, you need to use the Cluck Strut emote before you venture out into the road, but you don’t need to utilise Cluck Strut right until the other side; it will become accessible at roughly the halfway point. Make sure you do it at the zebra crossing.

All in all, probably the most fun Fortbyte they’ve released to date. The Cluck Strut is the highest item on the Battle Pass to date in terms of tiers, and it’s only going to get more and more so from here. You best get grinding.

Fortbyte #51 directly follows on from Fortbyte #70 (Skydive Through The Rings Above Lazy Lagoon w/ Vibrant Contrails Equipped) and Fortbyte #61 (Accessible By Using Sunbird Spray On A Frozen Waterfall).