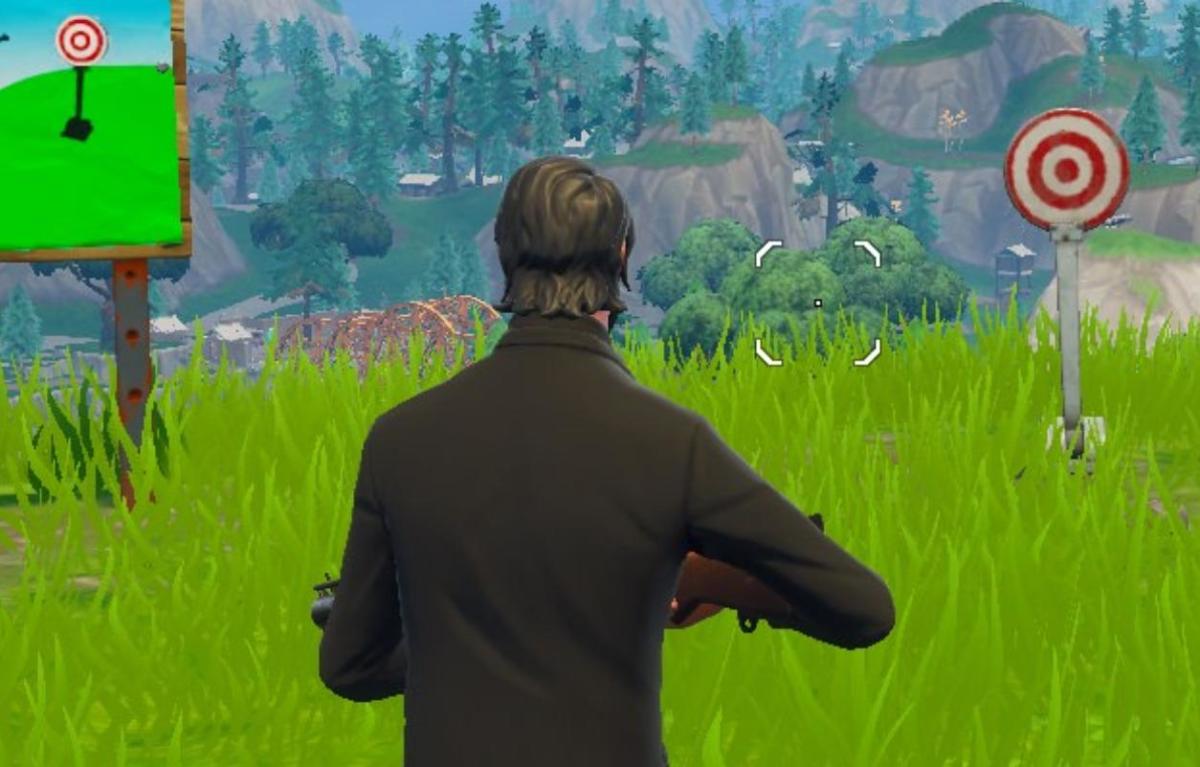 Another week of challenges and another exploration style challenge. Interestingly, this was the challenge initially planned for the week 3 set of challenges, but instead it was replaced by the Timed Trial challenge. For those familiar with the Season 5 challenges, this one is very reminiscent of the clay pigeon challenge. Whilst finding the shooting galleries is the first step of the challenge, it is less concerned with finding them as it is having the capability (aim) of completing them.

Each shooting gallery asks you to get a score of three or more at five different galleries. Targets will pop up sequentially and shooting a target before it retracts awards you a single point with them appearing in pairs. If you fail to shoot both of the pair, that will end the game and your score will be recorded on the nearby board. This means that to complete each gallery, you must shoot the first pair then a single one in the next pair to achieve a score of three. This isn’t overly difficult as the first pair stays up for a generous amount of time, speeding up as you get further in.

To begin the challenge, make sure you can see where the four targets will pop out from (removes any obstacles and trees), then step onto the pad, beginning the challenge. You can restart at anytime by stepping off the pad if you need to reload or have had a bad run.

Epic added seven galleries in total, which means you can pick of the five most convenient to find or with the easiest layout of targets. As usual, we’ve provided a map of the gallery locations and a screenshot of each. All the galleries are relatively spread out across the map, so you’ll be more than likely trying to find a gun and complete one each map, rather than travel around trying to do multiple in a single match. 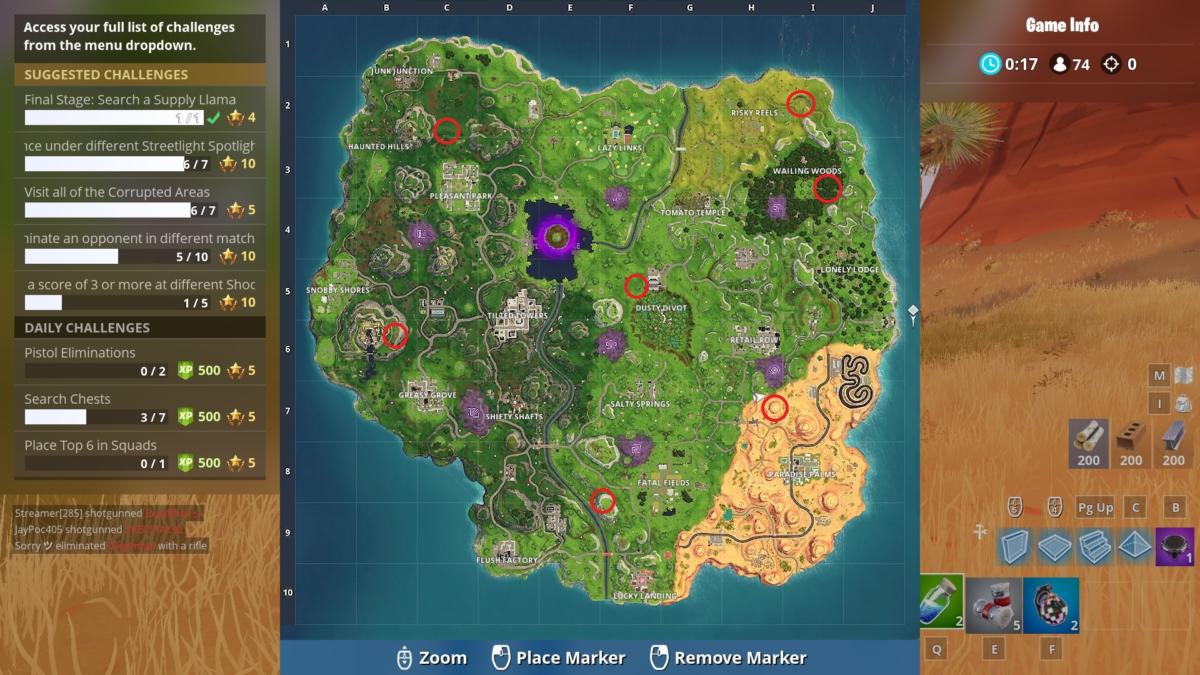 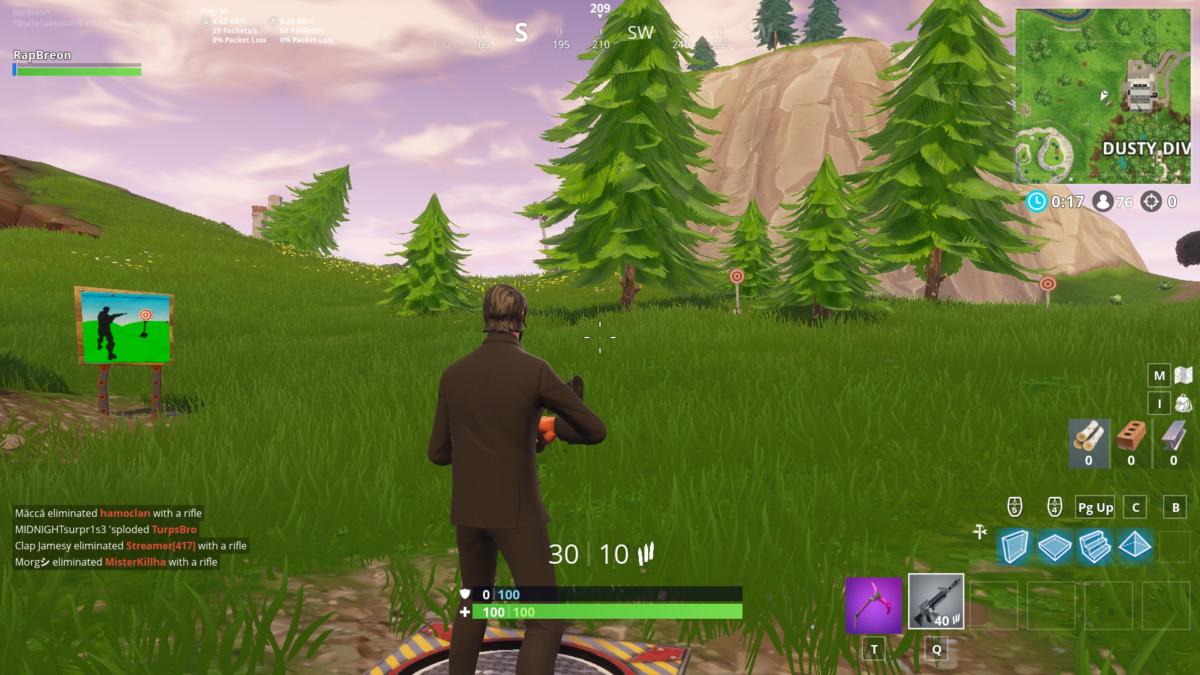 The most centrally located shooting gallery on the map, located just west of the Dusty Divot warehouses, near the overturned bus. F5 on the main map’s grid. 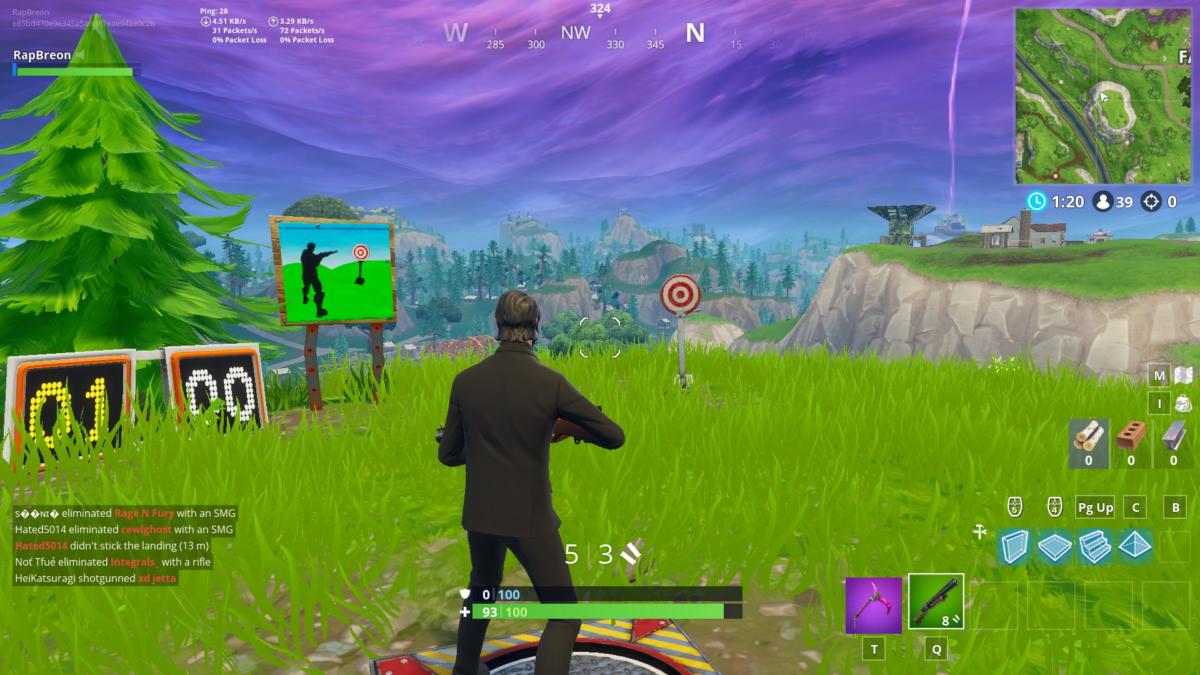 Southwest of Fatal Fields is a small unassuming hill, the shooting gallery rests atop the north edge of this hill. Found on the intersecting points of E8, E9, F8 and F9 on the main map’s grid. 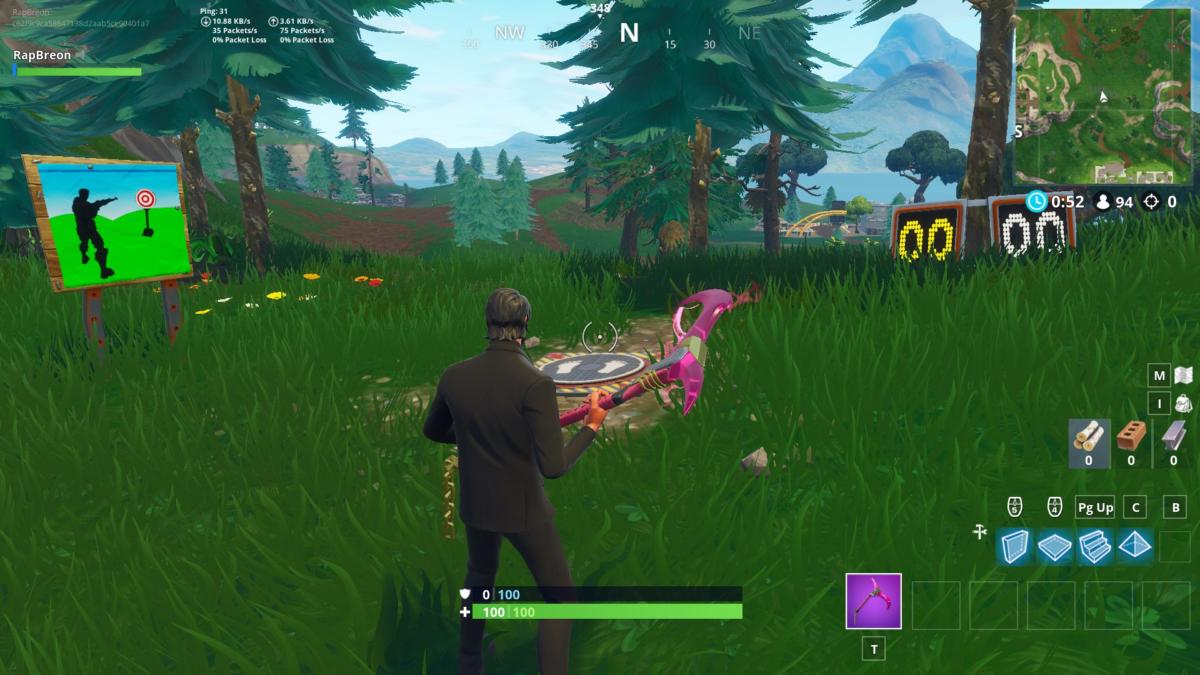 Just north of Pleasant Park between the two large hills is a shooting gallery. C2 on the main map’s grid. 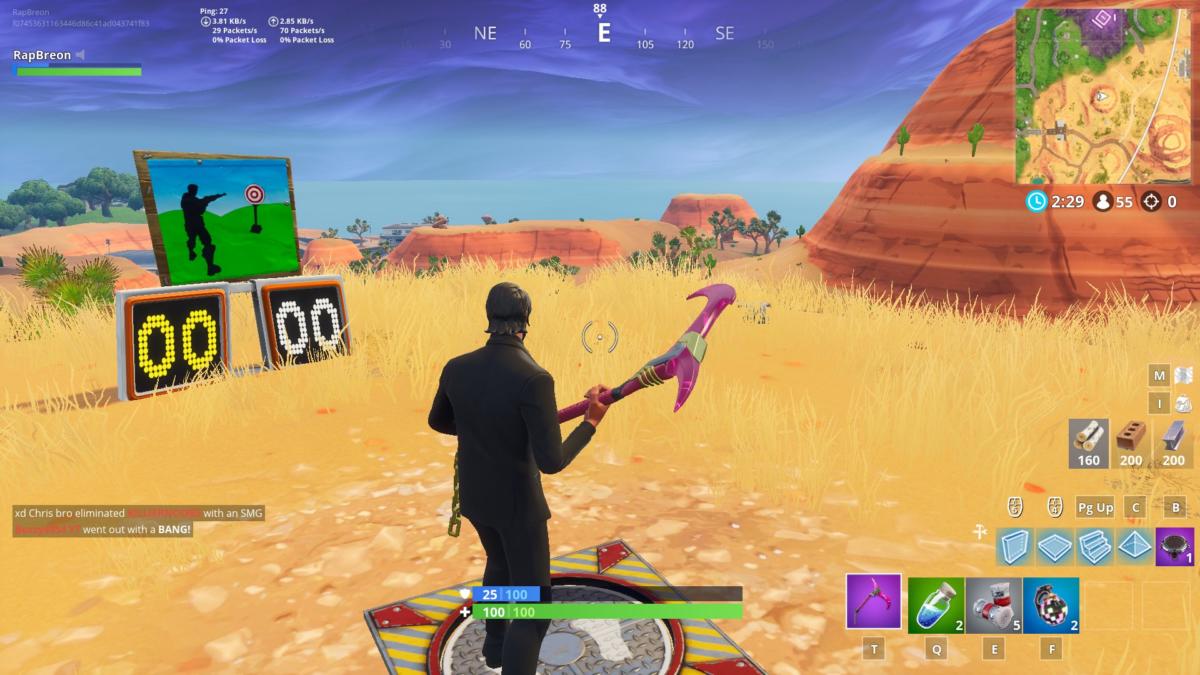 South of Retail Row where the grassland blends into the desert is a small hill (just further south of the Corrupted Area). This hill can be found at H7 on the main map’s grid. 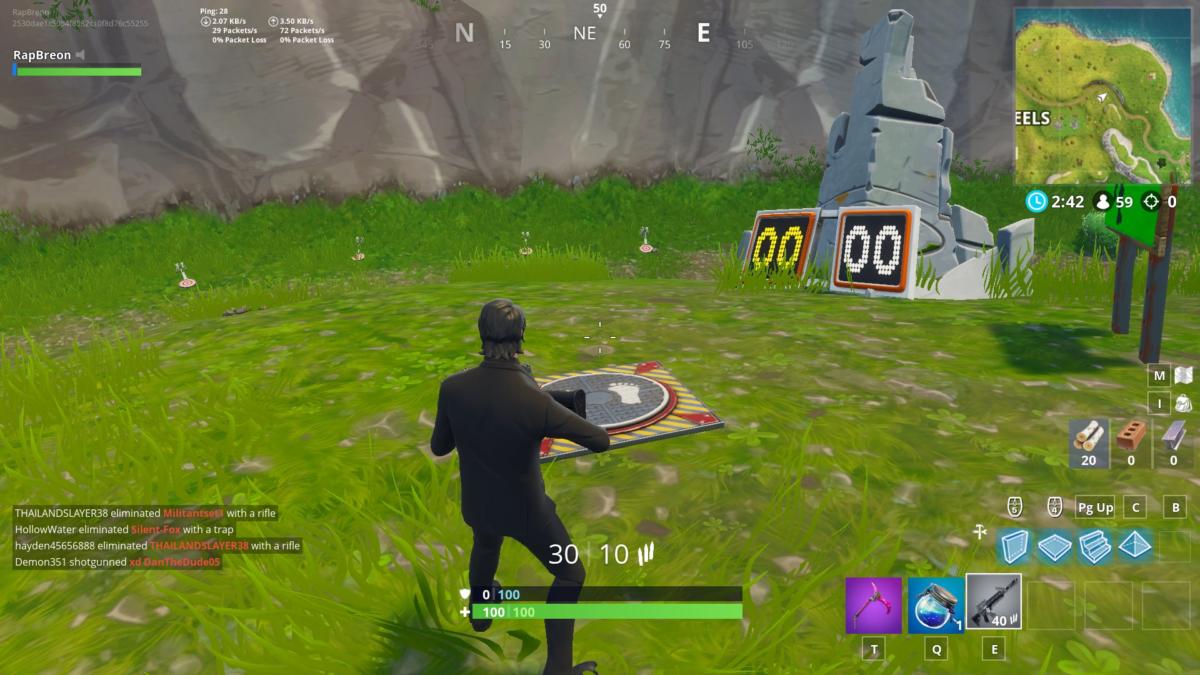 The road leading northeast out of Risky Reels heads through a small valley which contains a shooting gallery. I2 on the main map’s grid. 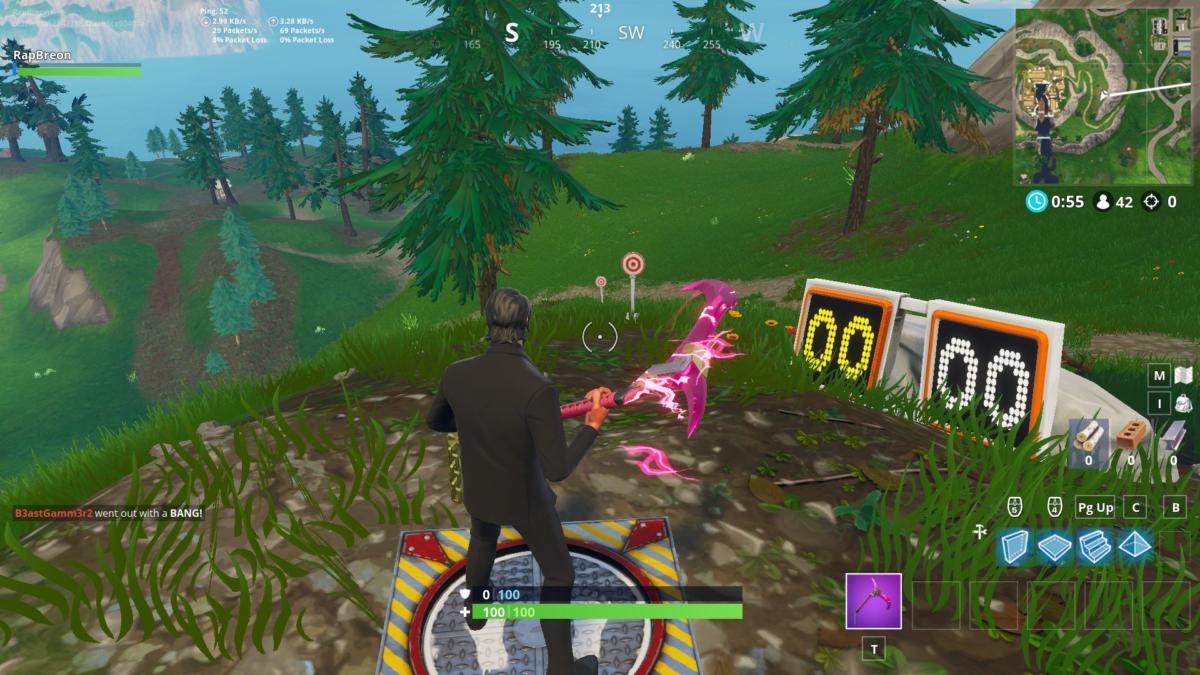 There is a huge hill that rests between Snobby Shores and Greasy Grove that I have dubbed ‘Viking Village’. On the east side of this hill is a shooting gallery overlooking the terrain below. This appears as B6 on the main map’s grid. 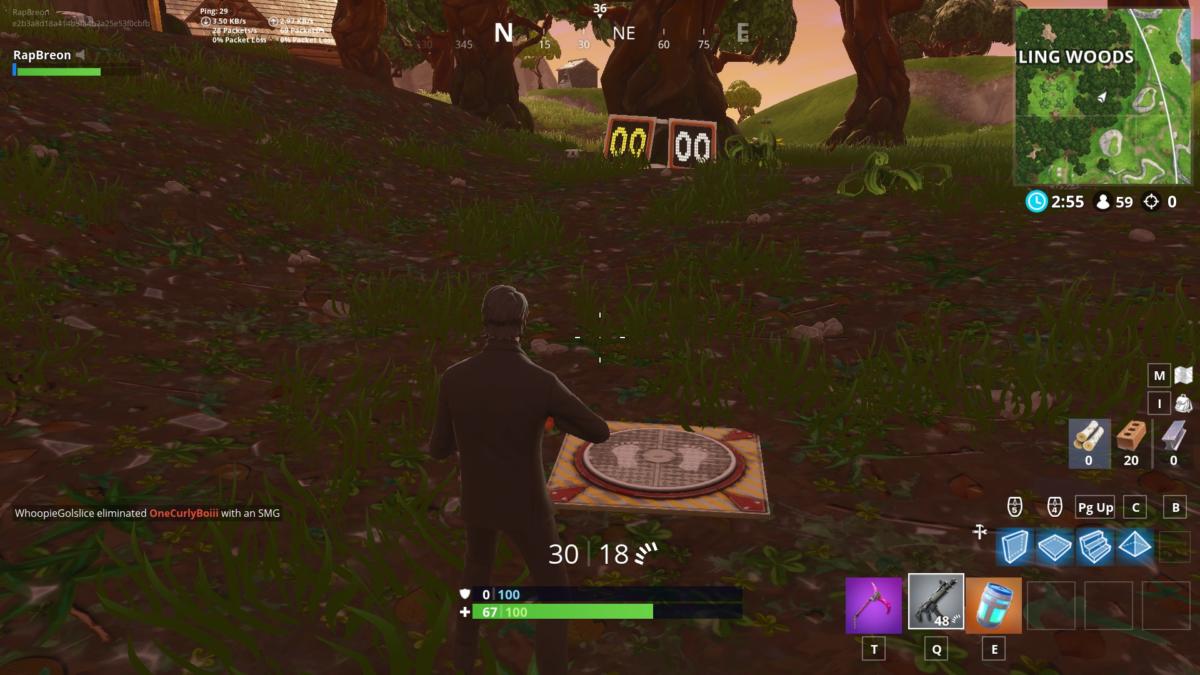 Wailing Woods hosts the best concealed shooting gallery of the seven. Hiding on the eastern side of the forest area, just south of a cabin. I3 on the main map’s grid.

Just head over to five of these galleries, collect a score of three of higher to complete the challenge. Just remember not to quit the game (without dying) or you’ll have to redo the gallery. That’s all there is to it.