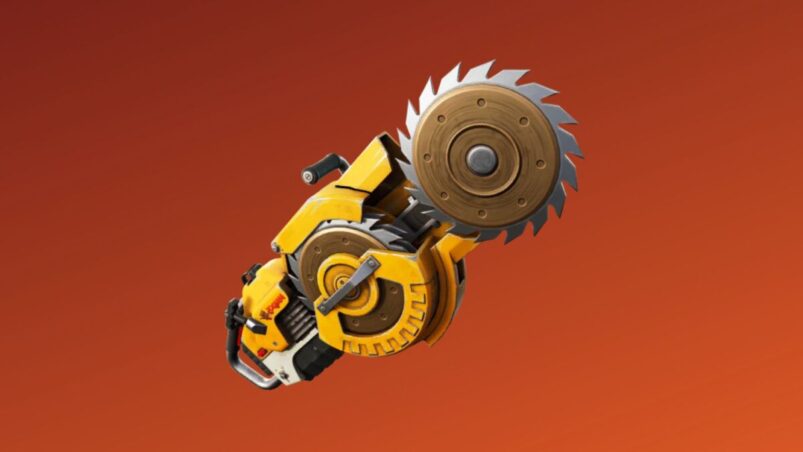 The Ripsaw Launcher is a weapon added in Fortnite: Chapter 3 – Season 3 during the v21.10 update.

A unique item, the Ripsaw Launcher does plenty of damage but is best used against builds as it does continuous damage and is able of breaking down most structures with ease, all while also harvesting materials for you to use to build.

Here’s everything you need to know about the Ripsaw Launcher in Fortnite.

The Ripsaw Launcher is available in Rare rarity.

The Ripsaw, as mentioned, is better used to damage structures than it is other players, as it does more damage the longer it’s stuck into a structure. You can shoot three blades before you need to reload with the launcher coming with a total of twelve blades.

Each blade that you shoot can go through a build and if it still has “spin” after it destroys a structure, it will continue mowing on until it either runs out of spin or destroys something else. You can also hold it like a regular saw and use it to manually break through structures.

As well as that, the Ripsaw will also harvest materials when used on normal structures when you’re playing in the game’s regular building modes.

The Ripsaw Launcher can be found to the north of Logjam Lotus in the snow biome on the map.

It may spawn elsewhere over the course of the season, but there are now just several of them that can be found on a wall in the POI.

MORE FORTNITE: Fortnite: Where To Find (and Beat) The Darth Vader Boss