Fortnite: Where To Find (and Beat) The Darth Vader Boss 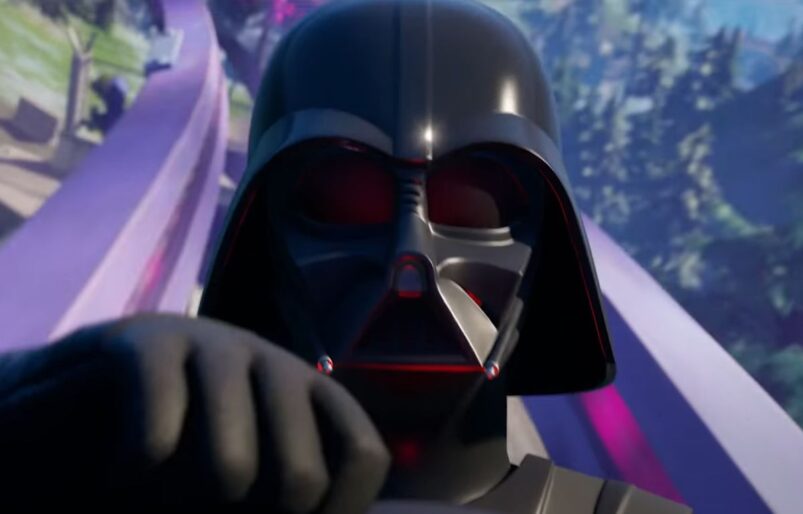 Star Wars’ biggest ever villain has finally come to the Fortnite map with Darth Vader becoming a boss. He is already a skin in the Battle Pass, but now the man himself is vibin’ with the rest of us.

The Darth Vader boss hits hard and can be quite hard to hit himself, owing to the fact that he is a Force user. He may not be the trickiest boss ever in Fortnite, but he sure is one of the most memorable.

Here’s everything you need to know about the Darth Vader boss in Fortnite.

Darth Vader has multiple locations in Fortnite and can randomly alternate between them. You can tell where he is by where his shuttle goes on the map.

You can sometimes find him at Dirt-Cut Circuit, a landmark to the south of Coney. At others, he may land near Logjam. There are quite a few locations to find Darth Vader at, but the best way of avoiding disappointment is to simply follow wherever his ship lands from the Battle Bus.

Bear in mind that Darth Vader does not spawn in competitive modes.

How To Defeat Darth Vader

Rather than appealing to his human side, you have to deal with Vader the old fashioned way in Fortnite: with bullets. He has around 600-700 HP.

Darth Vader can deflect your bullets while closing the distance on you, put if you keep up the pressure then his guard will eventually drop and you can freely shoot him. Just keep your distance from him as best you can and avoid all of his Force throws. You will also have a much easier time dealing with him in a team as he cannot block any attacks from behind him.

You will earn 4000 XP for defeating XP and also have the chance to use Darth Vader’s Lightsaber, a Mythic item that’s slightly different from the others.