Fortnite Gears of War Skins: Price, Challenges, Release Date & What You Should Know 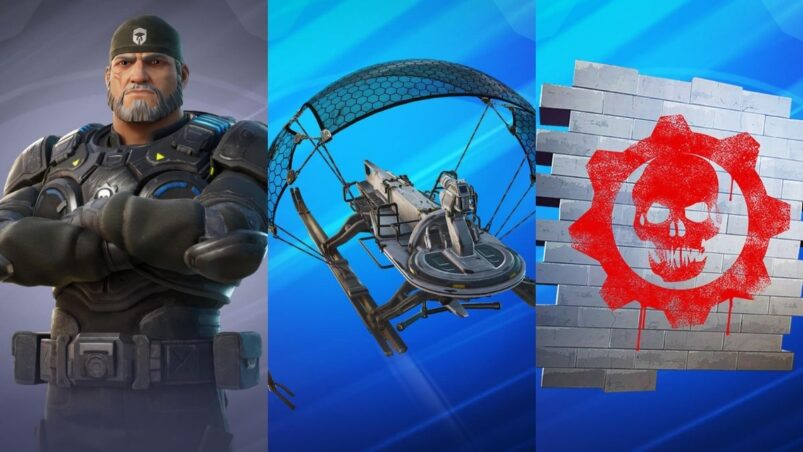 Before Fortnite made Epic Games into arguably the biggest name in the business, there was Gears of War, and now the two huge IPs are collaborating with new skins for the former, including Marcus Fenix and Kait Diaz.

Epic Games were the masterminds behind the early Gears of War games and helped to inspire countless cover-based shooters from the first game’s bow on the original Xbox 360. While Epic have long left Gears behind, it’s good to see them coming back to the series they innovated for Fortnite, hopefully bringing fans from the latter to the former.

Here’s everything you need to know about the Fortnite and Gears of War crossover, including when they release, how much they cost, and what challenges you can complete.

The Gears of War skins coming to Fortnite will be grumpy dad Marcus Fenix and Gears 5 protagonist Kait.

Marcus will also get an extra style for those who own the skin and play on Xbox Series X | S.

There’s no other way of getting this Marcus Fenix black style, as it’s a celebration of Xbox history.

As well as those skins, players will also be able to get other cosmetics inspired by Gear of War as part of the Delta-One Set, including Back Blings, Pickaxes, Gliders and more:

On top of that, players can also pick up the Knife Tricks Emote.

For those with extreme confidence, show off your edged weapon skills with the Knife Tricks Emote: pic.twitter.com/tOtly0GG0z

Purely based off all of the other crossover skins, players should be able to buy each Gear of War skin in Fortnite for 1500 V-Bucks, with players able to pick up a complete bundle for 2800 V-Bucks.

We will update this when we know for certain.

They will be in the Item Shop until December 17th at 9 AM ET, as that’s when the challenges are available until.

This crossover will also bring with it Gears of War challenges by the name of Delta-One Quests, which are available for a limited time and available to everyone.

Completing all of the below will net you an exclusive spray for free.

Most of these are very straightforward. COG Tags are found throughout the map, but loads are in the north in the vicinity of each other around Lugjam Lumberyard. Thrashball Memorabilias, meanwhile, are a little less clear — we will update this as we get more info.

And yes, sadly, there is no Lancer weapon in Fortnite.

MORE FORTNITE: Fortnite: How To Unlock The Foundation