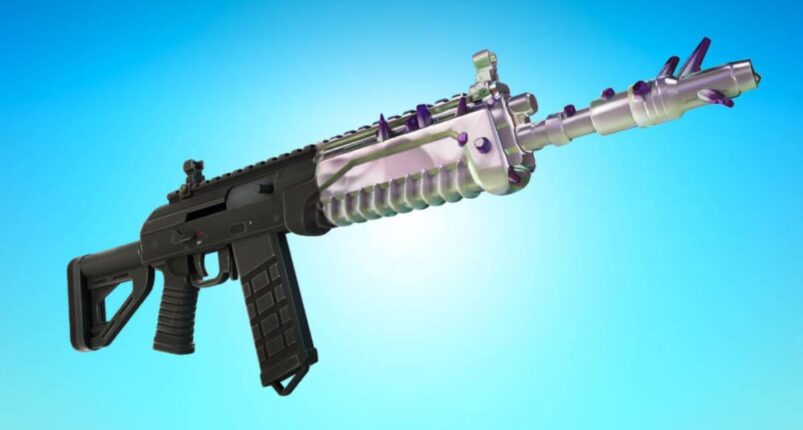 “This weapon hungers…Damage your enemies and it will grow in power.”

The EvoChrome Burst Rifle is a weapon added in Fortnite: Chapter 3 – Season 4.

Reflective of the theme of the season, the EvoChrome Burst Rifle is a respin on a classic BR weapon with an added chrome effect thanks to the evil doings of the secret skin of the season, The Herald. The model looks similar to the Combat Assault Rifle, but that weapon was automatic and not burst.

Here’s everything you need to know about the EvoChrome Burst Rifle in Fortnite.

The above stats are for the Common rarity version of the EvoChrome Burst Rifle.

The EvoChrome Burst Rifle, just like the EvoChrome Shotgun, works uniquely in that it becomes more effective the more effective you yourself are when using it. The more the damage you deal, the higher the rarity becomes, meaning that you can upgrade it dynamically over the course of a match.

The EvoChrome Burst Rifle can go from Uncommon to Mythic rarity when dealing damage with it.

The EvoChrome Burst Rifle can be found in Chrome Chests, which are regular chests with a chrome effect as a result of the storyline surrounding Season 4, as well as on the floor in chrome infested areas.