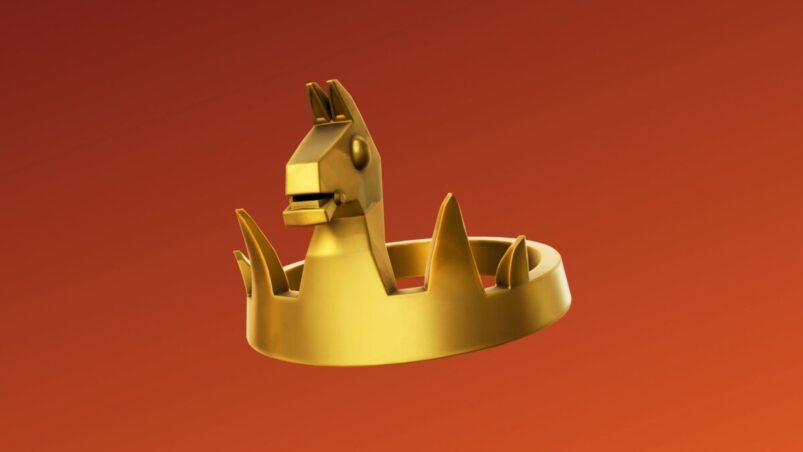 Of all the many, many changes to Fortnite: Chapter 3, the Victory Crown is one of the biggest. But what exactly is it?

How To Get A Fortnite Victory Crown

In their next match, they will then have the Victory Crown and have a gold glow around them, as well as appearing in the kill feed as the Victory Crown holder whenever they get an elimination. If you win a match while holding the Victory Crown, you will get a Crowned Victory Royale and unlock the Crowning Achievement emote for free.

There is a "Crowning Achievement" Emote which will show your current win streak (plus a crown) on it pic.twitter.com/dFUE555vP6

While it’s a lot of extra pressure on you to be carrying around the Victory Crown, it does increase the amount of XP you earn. If you’re looking to level up your Battle Pass and unlock the Spider-Man skin, you might need to start putting a target on your back with the Victory Crown.

The Victory Crown does seem at least partly inspired by the Champion mechanic from Apex Legends. It’s a bit more basic in that game though, with XP bonuses to whoever kills you and that’s about it. Fortnite’s version seems much more complex and down to the player.