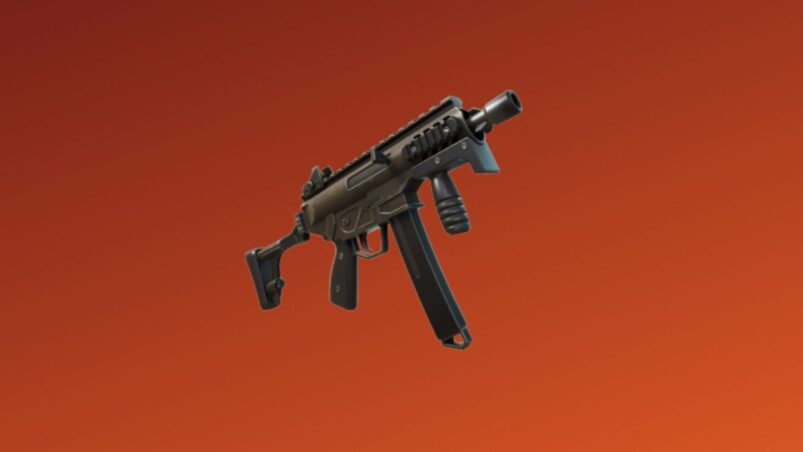 The Stinger SMG is a weapon first added in Fortnite: Chapter 3 – Season 1.

The Stinger SMG is available from Common to Mythic rarities.

Here’s everything you need to know about the Stinger SMG in Fortnite, including its stats, how to use it, and where you can find it.

“Fire at a very high rate, dealing great damage while consuming a lot of ammo.”

The tables above show the range in stats between the Common and Mythic Stinger SMGs. The higher the rarity, the more damage it does and the faster it reloads. However, the fire rate and magazine size stays the same across all rarities.

If it looks very similar to the Combat SMG, that’s because it really is. It’s basically just the same gun as the super fast SMG, though with a few tweaks to its stats, notably in the fact that it’s even faster to reload. Very useful up close and personal, but will be a bit useless from distance.

The Stinger SMG is available everywhere that you can normally find loot between its Common and Legendary rarities.

Look for it in chests and as floor loot, among other places.