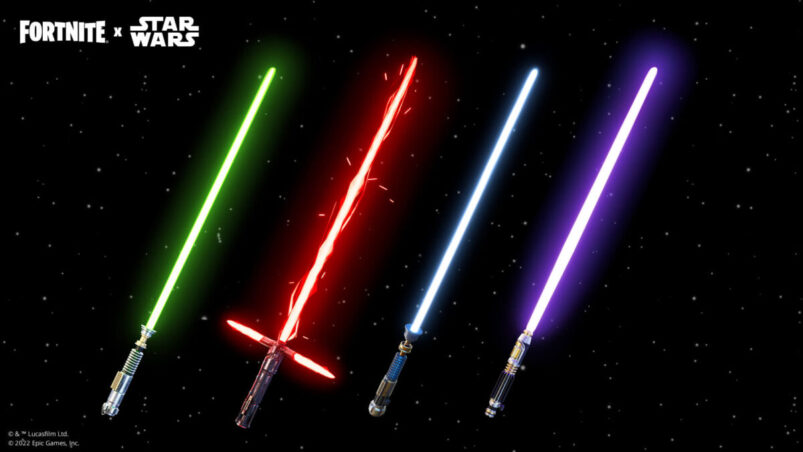 Fortnite‘s teaming up with Lucasfilm and Disney once again to celebrate Star Wars Day, and that means the return of the lightsabers as weapons.

These melee weapons were previously added as part of the promotion for Rise of Skywalker way back in 2019, but haven’t been since. They’re back in Chapter 3 – Season 2, much like the infamous Blasters. People were divided on their inclusion last time, so it will be interesting to see how they fit into the current meta, especially in Zero Build.

Here’s everything you should know about the

There are multiple lightsabers currently in Fortnite, each inspired by a different Jedi or Sith from the Star Wars movies.

Obi-Wan’s Lightsaber is a new one, and is also released to hype up the debut of the Obi-Wan skin in the Fortnite Item Shop.

Each Star Wars Lightsaber is a random drop in Fortnite, meaning that it can randomly appear everywhere that loot usually spawns, including on the floor and in chests.

They’re all Mythic rarity, so they may not spawn as often.

If you’re trying to complete the Star Wars challenges, you will need to track down a lightsaber to complete the Survive storm phases while carry a Lightsaber and Block hits using a Lightsaber quests. These quests don’t give you any reward, but you do unlock a special banner for completing all of them before the collaboration concludes on May 17th, 2022.