Fortnite: Where To Find The Star Wars Guns 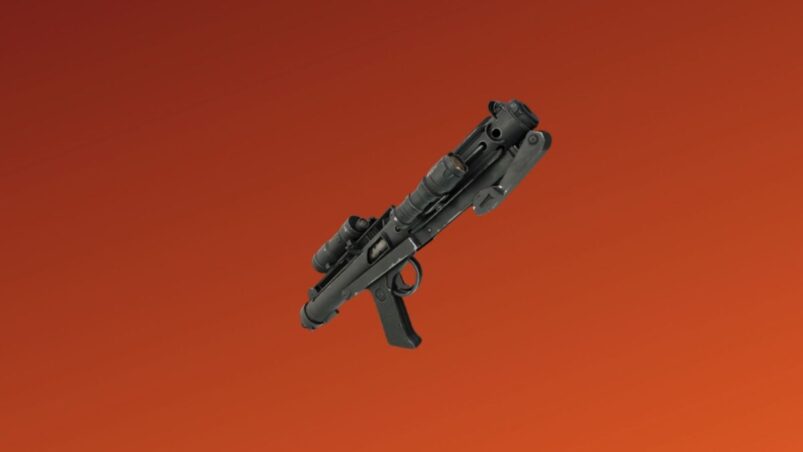 Fortnite‘s once again teaming up with Star Wars to celebrate May the 4th, and that means the return of a special Star Wars gun: the E-11 Blaster.

Previously released to the game in Chapter 2, there hasn’t been any kind of Star Wars collaboration in well over a year, so it’s good to see the likes of E-11 Blaster (as well as some brand new skins) on their way to the game.

Here’s everything you need to know about the E-11 Blaster in Fortnite: Chapter 3 – Season.

The E-11 Blaster was previously in the game as a Mando boss weapon, but now it’s going to be in the regular loot pool. It’s based almost exactly on the First Order Blaster.

A unique weapon, the Blaster does good damage, has an okay fire rate, and doesn’t need to reload, but it does have quite wide spread over long distances and will also overheat if used too much. It’s a hard to use weapon that might be best for Zero Build, where your missed shots aren’t punished as much.

The E-11 Blaster should be available wherever loot spawns across the map. It’s a Mythic item, so it’s quite hard to find compared to others. Consider dropped into the IO and Seven battle zones for a higher chance of finding it.

The E-11 Blaster can also be purchased from Stormtrooper NPCs for 100 Gold Bars.