Is Forspoken Coming To Xbox? 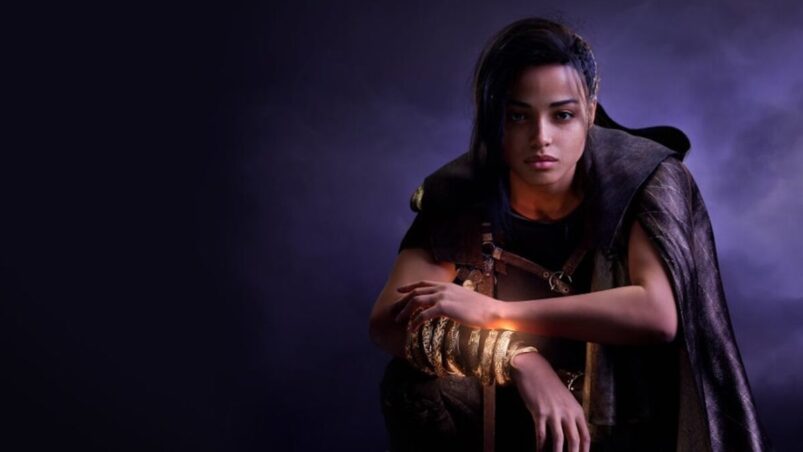 Forspoken is an upcoming single-player action RPG with stunning visuals that’s being published by Square Enix and developed by Luminous Productions. Forspoken will offer an open world that enables players to travel anywhere at any time.

Previously, Forspoken was known as ‘Project Athia’, but the name changed in early 2021. It was first announced under the previous title during Sony’s PS5 games reveal in 2020. While Forspoken is heading to the PS5 and PC later in 2023, will it be also be coming to Xbox Series X & S?

Forspoken transports you into a beautiful world where you can become Frey Holland. The character is played by Ella Balinska, who is known for Charlie’s Angels (2019).

Frey is a young New Yorker who must attempt to control her newly discovered magical powers in order to survive her journey. While she has access to a variety of magical spells, she also has other abilities and is accompanied by her sentient bracelet, Cuff.

Frey must make her way home from the land of Athia after being transported there. Athia is under the tyrannical rule of the Tantas and is a beautiful but cruel place.

The scenery and graphics of Forspoken are stunning as the developers continue to take full advantage of the PlayStation 5’s abilities. Ray tracing will be used without hindering the game’s seamless open-world experience. There will also be some unique features for the DualSense controller, as well.

Forspoken is a PlayStation 5 timed console exclusive that will also be released on PC. The release date for Forspoken on PS5 and PC is January 24th, 2023. It was previously scheduled for May 2022 and then October 2022, but the developers wanted a decent amount of time to ensure the game was completely put together, so the release was pushed back.

With Forspoken being a PS5 timed console exclusive, it should be available on Xbox Series X & S at a later date. A ‘New and Upcoming Games’ trailer posted to PlayStation’s YouTube account back in December 2020 provided footage from a collection of PS5 games, including Forspoken. The tagline at the bottom of Forspoken’s part, which was shown under the title Project Athia at the time, was that it won’t be available on other consoles until at least 24 months after the release date for PS5 and PC.

Forspoken won’t be available on Xbox Series X & S until at least January 2025. However, gamers shouldn’t expect this incredible game to be available on Xbox One or even PlayStation 4. The developers are designing Forspoken to specifically take advantage of the capabilities and hardware of next-generation consoles. If you are looking to play this game in October or in two years, you will need to consider buying a PS5, Xbox Series X & S or invest in a gaming PC.