Thomas Moore’s Forever Proves He’s One Of The Best

Thomas Moore's newest novel is a beautiful and poetic look at depression, sex, and capitalism. 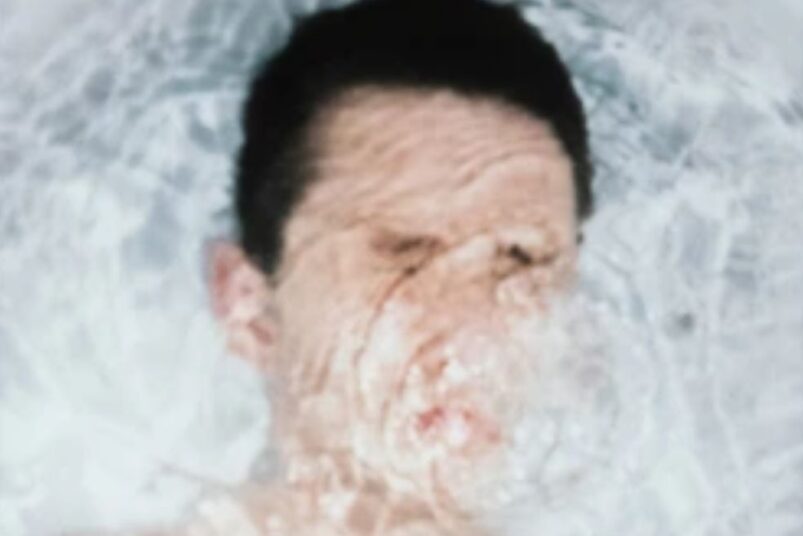 “The words I write won’t do what I want them to do. Let me prove it to you. I want these words to come to nothing. I want these sentences to wrap themselves up like a snake and lose every breath in their lungs. I want these pages to fall apart in your hands.”

The frustrating limitations of language is something many are familiar with. People who write novels, stories, articles, and so forth can often find their words not doing what they want them to. Even outside of that, words can often fail people trying to express affection, sympathy, or even religious sentiments. Even a concept like “forever” can seem hollow when expressed in that one simple word. From the beginning, the unnamed narrator of Thomas Moore’s Forever recognizes this, yet continues to write his suicide journal to a man he loves. This is just as much for the narrator to be able to try to make sense of things for themselves as it is to be able to have one final communication with the one they love.

At the beginning of the book, the narrator spends time alone in an isolated cabin. There, he reflects on his past sexual relationships, which are mostly one-time encounters from cruising. He finds beauty in the act of cruising. He likes how he learned to read people and often have encounters without even exchanging a word. No need for the confusion of language, just action in the moment. It also prevents him from having to make emotional connections. He only has to concern himself with the orgasm of him and his partner, not complicated things like wanting to stay with someone forever. The pain of being alienated from the man he’s writing to throbs in the background throughout the novel.

Before going through with his suicide, the narrator decides to visit Paris one last time. While there, he does little else but go to popular cruising spots and read a blog dedicated to gay nightlife. At one point, he misreads the body language of another man. This results in him being pushed and subjected to homophobic slurs. When he returns to his hotel, he scours the blog to ensure nothing about this was reported. He wants to disappear in the crowd. He wants to make sure he doesn’t live on in the words of anyone else but himself.

While checking the blog, he discovers a story about a young man named Guillaume, popular in the local gay and fashion scenes, who was brutally murdered. He becomes fascinated with reading about the boy, who now only exists in photos and words. He reads the conflicting stories about Guillaume left by visitors on the blog. Some commenters allege that he was employed by a billionaire, others that he was an ex-child prostitute. The narrator realizes how prurient the conversation is becoming, yet can’t pull himself away from it. When he visits the park where Guillaume was found, he hopes to see his ghost and catch a vision of the young man before he fades away forever.

Part of the reason the narrator feels the need to rent an isolated cabin and then go to Paris is to use up the last of his money. He believes that depleting all of it will sever his last attachment to the world. Throughout the book, the narrator contemplates how global capitalism has alienated people from each other, from language, and from their own emotions. This comes through especially strongly when he reads about Guillaume. His brutal death is treated online as little more than a tabloid story for the consumption of the commenters. Nearly every story about Guillaume comes back to him having been sexually exploited by rich men. In the murdered young man, the narrator sees the predatory system making its victimization of people horribly vivid.

Like his prior work, Thomas Moore’s Forever is a beautiful and poetic contemplation on sex, loneliness, and relationships. In addition, he explores a more explicitly political dimension of how modern life has left many atomized and severed from meaningful interactions. This novel certainly enforces my belief that Thomas Moore is one of the best authors working today.