Football Manager 2021: Best Wonderkids You Can Buy For Cheap

Buy for the future. 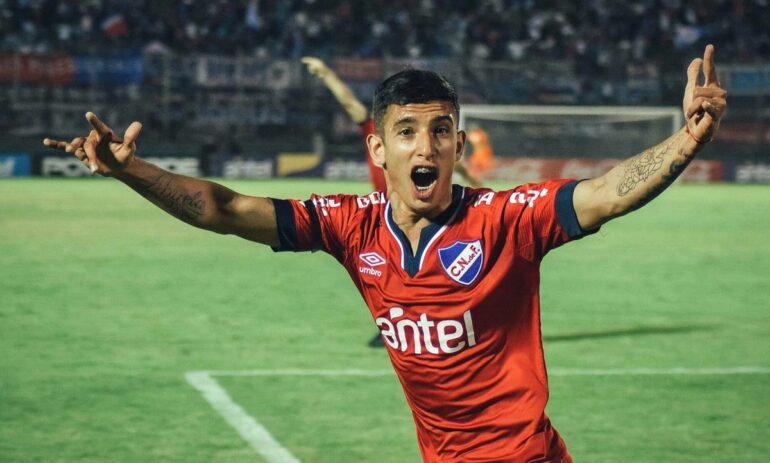 Football Manager 2021 is a game that you can make as easy or as difficult as you like, not based on an actual setting, but on who you choose to play as. PSG will guarantee you silverware, but a smaller, much less rich club will have to look to the best wonderkids and cultivate a team over as many seasons as it takes.

That’s the biggest appeal when it comes to Football Manager 2021 for a lot of people: taking a team of underperformers and helping them overachieve while building for the future with wonderkids. In Football Manager 2021, wonderkids are more important than ever because of the unique financial strain clubs find themselves under due to events in the real world. It’s also just much more fun to role-play as the plucky, net spend efficient manager than the big spender who throws money at the problem.

So, what exactly is a wonderkid when it comes to Football Manager 2021? Well, definitions vary depending on who you’re asking, but for the purposes of our wonderkids guide, we’re only looking for player age 22 and younger with high potential ability for a relatively low price. Either through throwing them into matches, sending them out on loan, or by putting together the right kind of training, wonderkids are players who should improve as they age into some of the game’s very best.

A couple of quick notes before we get started. Bear in mind that Brexit will impact the kind of foreign wonderkids you can sign due to work permits. As well as that, wonderkids will only realise their full potential if you play them or send them out on loan to the right places. You can’t pull a Chelsea and just stockpile youth to send off to Vitesse and hope for good things to happen.

With that in mind, here are our picks for the best wonderkids in Football Manager 2021 that will help you take your team to the next level. Remember: you will have to have a fairly broad database to see all of these youngsters.

We’re breaking our rules a little as this wonderkid isn’t actually all that cheap, but Lafont is worth every penny. Already known for being a promising young goalkeeper in FM 20, Lafont has a tricky contract situation at the start of the save, but he’s worth snapping up as soon as you can. He will become one of the very best.

Jaimy Kroesen is a curious wonderkid in that he will seemingly only appear after your first season. It’s worth biding your time, however, as Kroesen has all the attributes to go to on to become a leading goalkeeper with such maturity in the box at such a young age. Those handling and reflexes attributes are key.

Cameroon’s Enzo Boyomo is a player that may not immediately wow in terms of attributes and, really, that’s fine. He is a just solid left-back with a tonne of strength who can also fill in quite handily in the middle of defense. Considering you can get him for roughly half a million and that he quickly develops, he is a no-brainer.

Sports Interactive love Dutch youngsters, and so should you. Denso Kasius, who can be yours for under £5 million, is an absolutely electric wing-back who has a fair amount of work to do on the technical side of his game. At just 17, though, the right training and experience will see him quickly threaten a spot at a Premier League side.

You’re going to see a lot of Ligue 1 players in this wonderkids list. Domagoj Bradaric, the young Croatian plying his trade at Lille, may be lacking the pace of a modern wing-back, but he is technically very sound, especially when it comes to passing and crossing — consider him in the Lucas Digne mould. Available for just a few million.

A very easy defender to get in Football Manager 2021 due to his expiring contract, Hayden Muller has the tackling and heading you need to be at the top, though he is rather poor on the ball by modern standards. Still, with the right training, he might improve, and there’s always something to be said for having a no-nonsense centre-back.

Another wonderkid from last year, Taylor Harwood-Bellis is a cheap English centre-back who may actually be best playing in the lower league on loan. He will definitely be one of the best defenders in the Championship, though he could also do a job in the bottom half of the PL as a fourth-choice CB. Watch him blossom around 21.

You’d be right to question why Eric García is here considering his value, but with his contract expiring, you can usually get him for a lot cheaper by the time January. In fact, as he can’t sign a pre-contract, he is often completely free at the end of your first season. Will become one of the best defenders in Football Manager 2021, easily.

You’re going to hear a lot about Andrea Papetti in this year’s Football Manager when it comes to wonderkids. Why? Well, he can either be yours for less than £2 million at the start of a save, or you can approach to sign him at season’s end for free. At 18, he already has all the right attributes to slot into most top sides and will likely be worth many times more than what you paid for him in just a few years.

The fantastically named Koni De Winter is, quite honestly, good enough to be an impact sub, just based on his starting attributes. Great on the ball with good passing and technique, you may need to work on his dribbling and strength a little to make him a truly combative defensive midfielder, though this should also come with age.

One of the many, many Chelsea wonderkids out on loan at the start of Football Manager 2021, you may gave to bide your time to get George McEachran. If you can, he will be yours for free with his contract expiring. A technically brilliant midfielder with great dribbling, technique, and first touch attributes, McEachran just needs to work on his mental side.

Go buy Santiago Rodríguez as soon as you can in Football Manager 2021. He is one of the best young South American players in the game and keeps growing and growing as the seasons go by, and he’s yours for less than £5 million. He’s brilliant on the ball with a huge amount of flair and off the ball skill, though he could with a lot of work on passing and finishing.

While Mbuku is a midfielder by default, he’s also not bad on the wing and can become very good indeed with the right amount of training. Blessed with pace and good dribbling, the only places he lacks is mentally, though this should probably come with age. Spend under £3 million for this player if you can, but be prepared to spend around £5 million upfront. He’s worth it, though.

There’s absolutely nothing in Sellouf’s attributes that will convince you about his ability on the wing, but shift him into the middle and you’re looking at an exceptionally cheap gem. For under £1 million, you’re looking at a very solid backup option behind the striker for a lower league team.

A pretty pacey winger who knows how to pick out a pass, Diego Lainez is going to be a hard player to buy due to his long contract, so he may actually be better served as a loan option. Best played as an impact sub, Lainez hasn’t exactly blossomed in real life, but he absolutely does within Football Manager 2021 as he can usually come on and score a goal or be a nuisance.

Changing lanes (sorry), Ulysses Llanez is a promising American wonderkid in Football Manager 2021 who, while not excelling in one particular area, does a lot of different things very comfortably. With his contract running out, he can be yours for roughly £500k and can provide some decent utility options on the right side of the pitch.

Djeidi Gassama is a pretty risk-free dice roll in Football Manager 2021. While he has high potential, he is some way off reaching that at 16, but the fact that he can be yours for very cheap from the off means that you should at least try to snap him up. Send him out on loan or focus on training his all-round game and see where you stand with him by the time he reaches 18.

A very particular player for a very particular kind of system, Dadashov is a young striker who will flourish when played in a team that utilises setpieces and long balls. The reason? He’s a absolutely brick wall who will be able to bully defenders. Imagine Mitrovic but not covered in totally awful tattoos and you have a good idea of Dadashov.

A Dutch striker in the same mould as Huntelaar, Postema has nowhere near the pace that most strikers thrive off, but he definitely knows where to be to put the goal in the back of the net. Best played as an out-and-out classic poacher, Postema wouldn’t suffer if you were to try to help him train the technical side of his game.

READ NEXT: How Quickly Can You Get Sacked In Football Manager 2021?