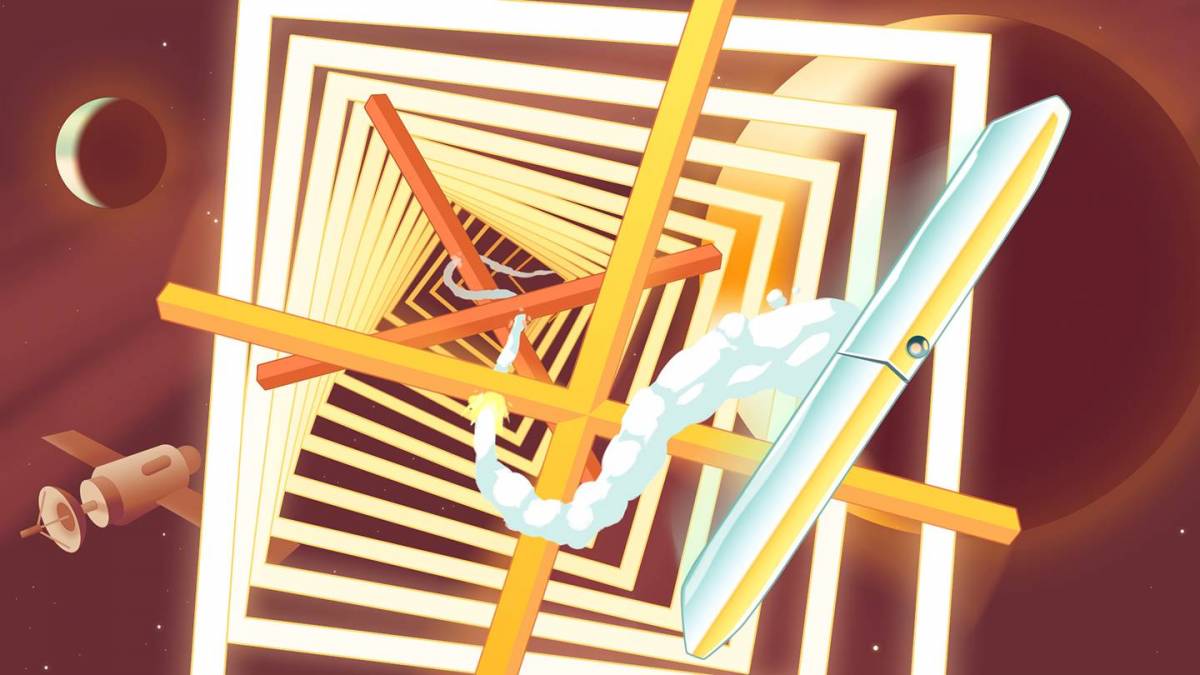 You’ll have experienced all you need to within an hour of Flywrench, but it’s still worth a look at if you’re a fan of retro aesthetics and pixel-perfect gameplay.

The second game from Messhof, developers of the popular PvP game Nidhogg, Flywrench at first appears to be something you’d have found on a computer alongside the likes of Space Invaders and Galaga. Aesthetically, it’s a game which relishes in minimalist visuals and ostensibly chiptune music. Play through the first few stages, however, and it soon becomes clear that this is nothing more than a veil hiding a surprisingly clever game beneath. 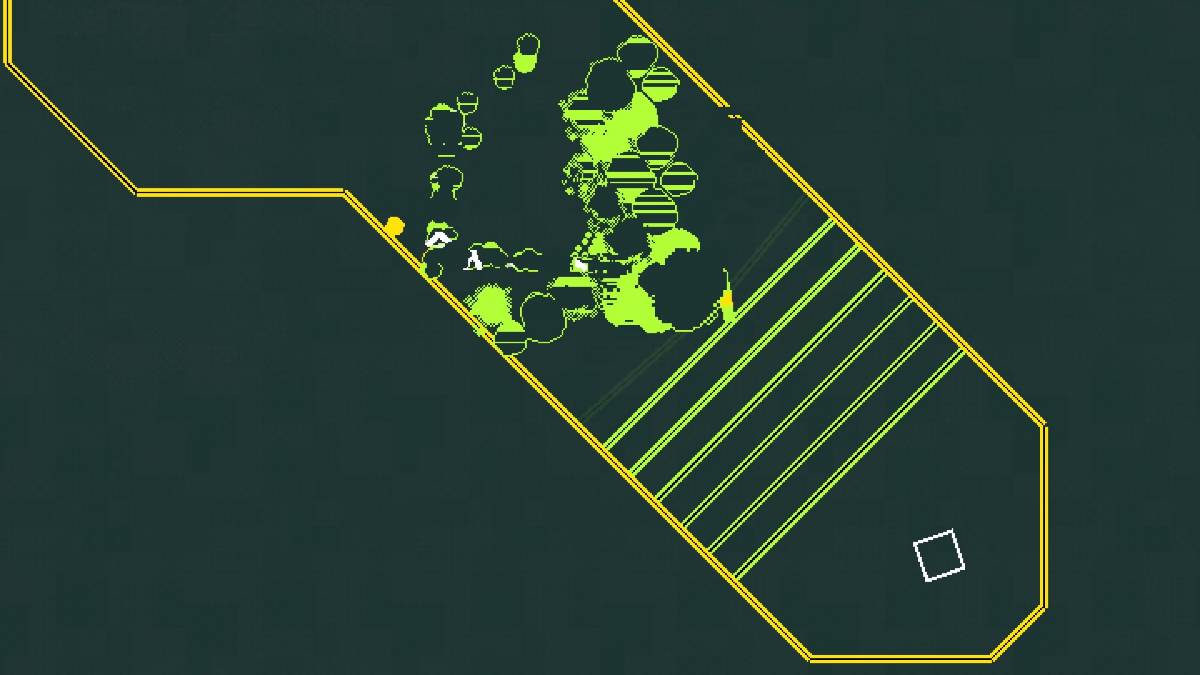 The premise is fairly simple: you play as some kind of malleable spaceship which can alter its colour by changing shape. This is accomplished by pressing the different face buttons on the Playstation 4 controller, and doing so will allow you to pass through various barriers which will instantly destroy anything that doesn’t match their colour. Each of the game’s countless stages are organised into blocks of around 25, and these are delegated to the multiple planets within our solar system. Sound simple? Good.

The fact is that you could entirely strip away any semblance of a plot or narrative, and Flywrench would still play precisely the same. The game tosses in an introspective quip every now and then once a new planet is reached (by completing a specified number of levels), but otherwise you’re essentially playing as an unidentifiable blocky mess which glides through monochromatic lines on its way to the end of each stage. This bare bones approach to the visual style isn’t surprising considering Messhof’s previous title was similarly simplistic, but part of me wishes they’d progressed beyond the alpha-looking stage. There’s an argument to be had as to whether the basic visual style makes the gameplay prioritised, but a balance could have been achieved so things didn’t look quite so dull. 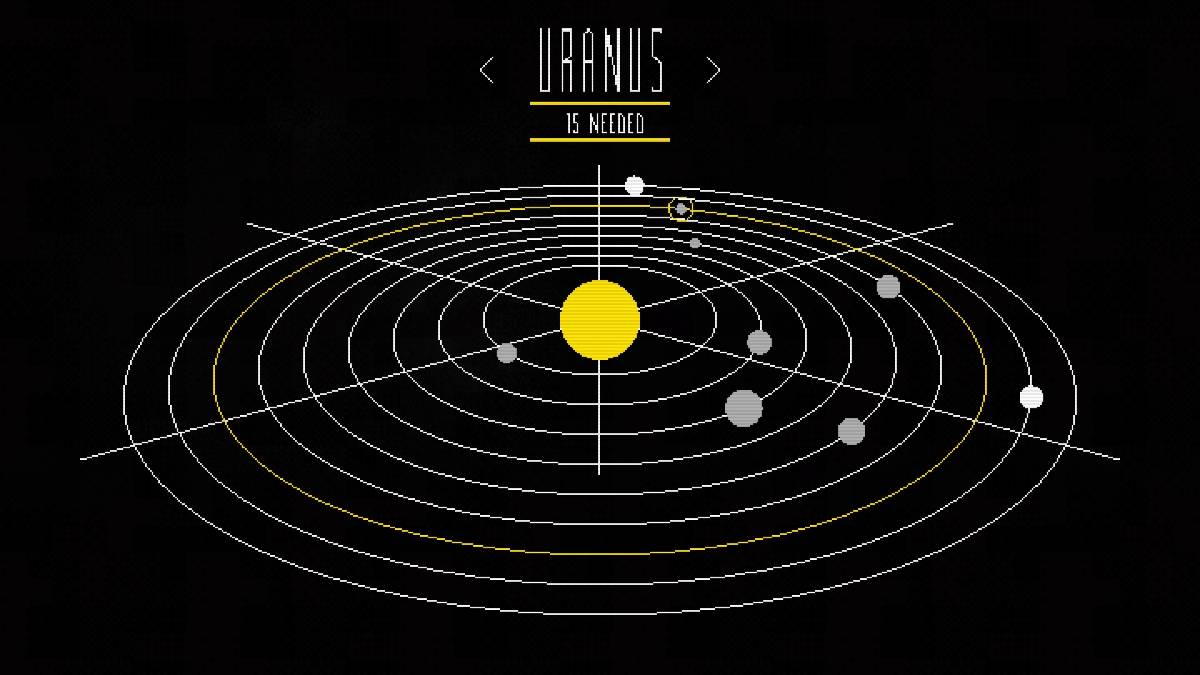 What certainly isn’t dull is the way Flywrench handles its soundtrack. Each planet is allocated a single song which loops continuously, and this would be infuriating were it not for the fact that the tunes played are really, really great. In combination with the visuals, the music manages to draw you deep into a trace-like state while playing that doesn’t last forever, but still manages to hold your attention for as long as the game’s brief stages take. Naturally, the game also punishes failure with an instant death, but stages load back within the space of less than a second, so exploding never leads to dull loading screens.

And you best expect to explode a lot, because Flywrench quickly hoists up the difficulty after you’ve got a grip on the mechanics. Cleverly, each new planet introduces a fresh take on the formula which makes progression feel genuine; whether it’s forcing you to pass through multiple colours in quick succession, or having impenetrable walls which must be flown around akin to something like Flappy Bird. The fact your ship changes state without delay also leads to a sense of self-hatred; it’s never the game’s fault when you collide with something and die.

But after playing for little over an hour or two, you’ll quickly tire of the content the game has to offer. Sure, there’s over 150 stages to be unlocked, and a time trial mode to try and beat, but otherwise there isn’t a huge amount to keep you coming back. It’s a really entertaining experience while it lasts, but Flywrench is the kind of game you’ll forget about a few days after trying out.

Verdict
Ultimately, Flywrench is a game which warrants playing, but one which won't hold your attention for hours on end. I can see myself returning to the game's quirky, minimalist universe to complete everything on offer - it's just a shame that 'everything' doesn't mean very much.
7.5
Cultured Vultures is a pop culture website established in 2013 covering all things gaming, movies, and more. We eat your words.
All The News On The Biggest Games