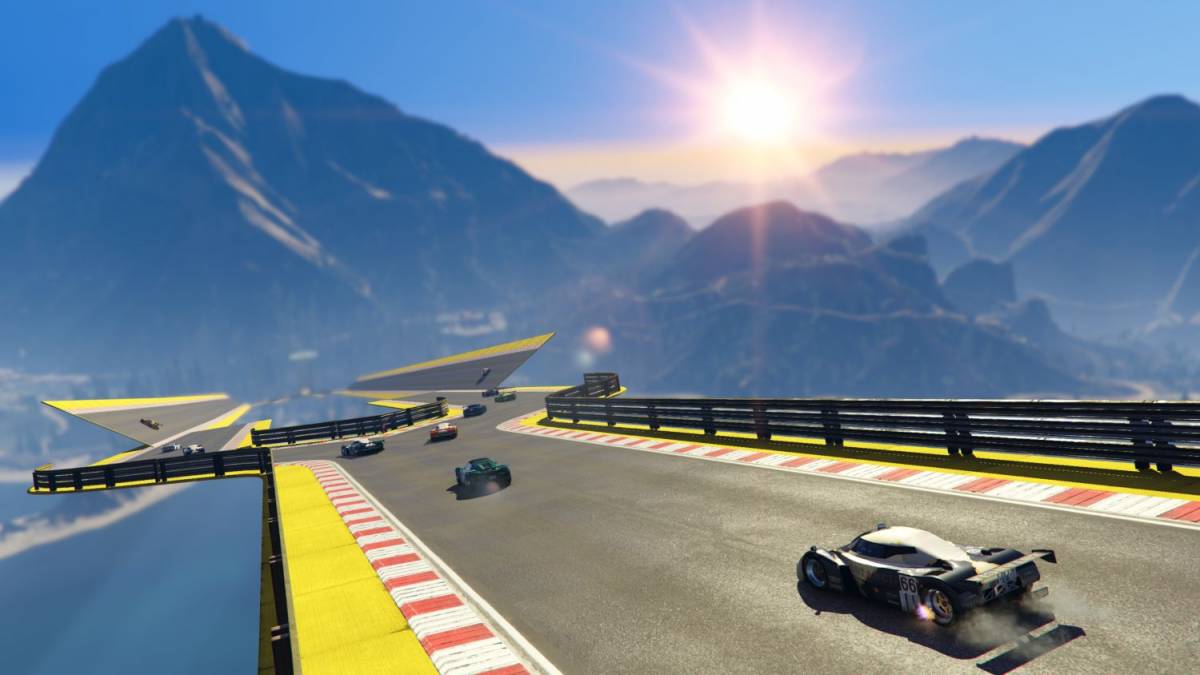 Another huge update to Rockstar’s online cash-cow – Grand Theft Auto: Online – has arrived in the form of Cunning Stunts. With it came a whole host of vehicles, clothing, and – most crucially – stunt races; the latter of which wholly embrace the ridiculous nature that the game’s content creator has fostered. But is this new addition worth returning to try in the popular online sandbox title, or is it just middling content that will tide the fans until another huge update like Heists?

Well, let’s get this out of the way: it’s good. In fact, it’s really good; the new races are an absolute blast, and the mechanics at play within them are genuinely worth getting excited over for when players can create their own stunt races once early August rolls around. For now, you can only access a selection of Rockstar’s officially made races, although the pure lunacy they contain might make you double-take, as some of them seem like they came straight from a modder’s desktop. And for once it’s nice to see the content not focus solely on the high-tier variety of player, because the multitude of races allow for not only super cars, but vehicles within the sports and motorcycle categories also. There’s enough of a mix here to keep you coming back for at least a while, if not forever.

The latest update also brings a whole host of small tweaks that are much appreciated, such as your position in one of the many stunt races being displayed prominently in the lower corner (whereas previously it was presented in a minute text box), or the ability to raise or lower your helmet visor with the press of a button. While these might seem inconsequential, they’re aspects that flesh-out an already deep and thoughtful experience, and make the world of Los Santos feel more alive than ever. The new clothing is also neat, although the most substantial additions to your digital wardrobe come in the form of Eval Knievel-esque suits.

Something that’s unfortunately missing from this update, however, is the plethora of weapons that we’ve come to expect. Yes, it would be a bit odd to have a whole roster of guns thrown in with stunting vehicles. Maybe it’s just a personal thing, but it would have made Cunning Stunts feel truly notable if they’d just thrown in a couple of armaments that tied into the whole theme, such as the Firework Launcher to celebrate Independence Day.

Overall, is this update worth returning to Grand Theft Auto: Online? Not really. It’s very fun, especially with a group of friends, but it won’t last you as long as the Heists update did. Sure, the new vehicles and mechanics in the races – such as boost pads – are neat, but it’s nothing substantial enough to blow the dust off your console of choice and jump back in to Los Santos. Then again, like all updates for GTA: O, Cunning Stunts comes as completely free to all players, so it’s difficult to complain about what is and isn’t present.