FILM REVIEW: Shin Godzilla – A Roaring Return for an Icon 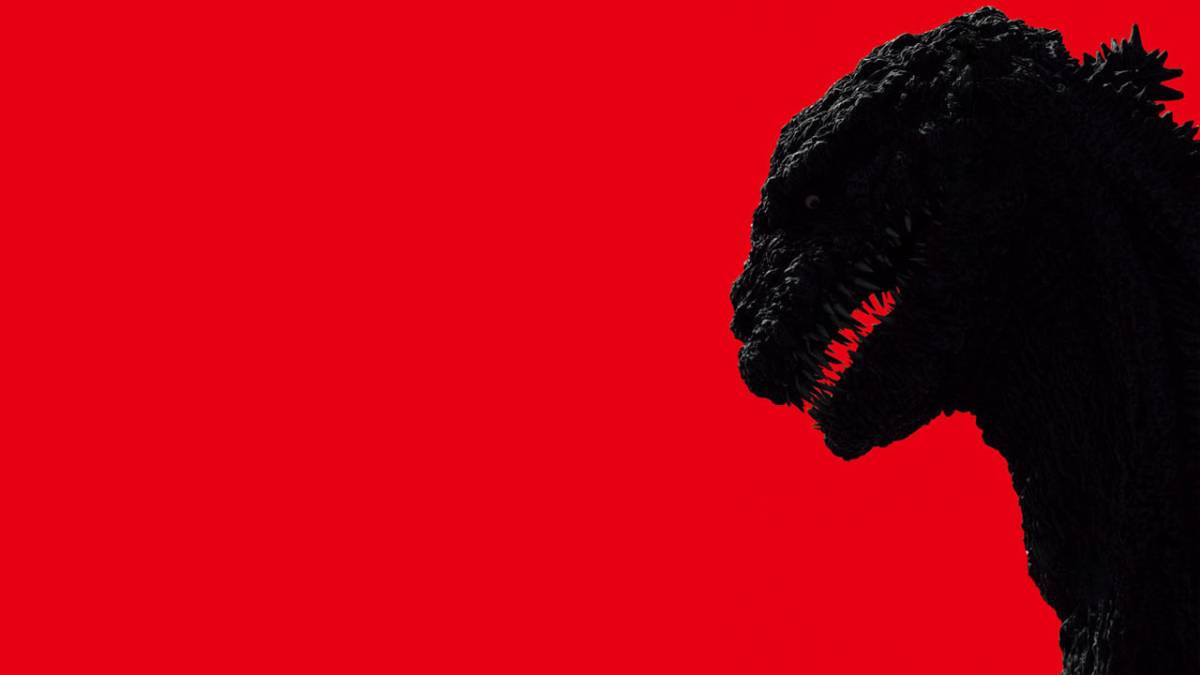 I had the pleasure and luck to get into one of the limited-run English-subtitled screenings here in the U.S. for Shin Godzilla, also known as Godzilla: Resurgence, during the two weeks it was stateside. I saw it late in the week and late at night, surprised that all of the other shows were sold out. I had grossly underestimated (or perhaps forgotten is more accurate) just how many people, like me, have a long-standing history with the 60-year old franchise, regardless of which side of the Pacific their favorite installments come from.

I had been unable to insulate myself completely from early reviews, especially given that the film had been out in Japan since July. Western critics had primarily cited the political elements, talking-head dialogue and the sheer number of people introduced for expository purposes, never to be seen again and with no clear protagonist. I found these criticisms to be only somewhat valid, and many of them I chalk up to the language barrier of a subtitled presentation. Japanese speech sounds nothing like English, meaning the delivery of a good number of lines can sometimes seem dissonant with what the subtitles are saying; as a frequent viewer of foreign films, especially Asian, I’ve learned to chalk it up to “lost in translation” and enjoy myself.

As for the “talking heads,” perhaps it was because I was prepared, but the admittedly heavy amount of sharp cuts and sudden shifts from press conference to crisis center to military base back to crisis center ad nauseum did not detract from the film; in fact I would say it contributed greatly to the overall chaotic and desperate nature of the film and the scenario it depicts. The believability of how it all plays out, the confusion, the political response, it looks like what one might see on the news during real disasters – the parallels to the 2011 earthquake and subsequent nuclear disaster at Fukushima are readily apparent, lending the film that extra modernity that helps it feel relevant and compelling.

There is in fact a protagonist amongst it all, a Deputy Chief-turned-Anti-Godzilla-Task Force leader Rando Yaguchi. Together with around half of a dozen recurring supporting characters, chief among them Japanese-American diplomat Kayoko, he is the human core of the story, the one who believes from the beginning that a living creature has caused the initial disasters before Godzilla makes an actual appearance.

Surrounding Rando’s team and story is a litany of military and civilian officials, all working feverishly and often ineffectually to contain or otherwise deal with the escalating threat and fallout, both figuratve and literal. For every noble, brave and decisive character, there are three indecisive, confused bureaucrats who are just as concerned with how they appear as they are with the external threats. Godzilla films, at least the “core” entries that place the iconic monster as the sole kaiju and antagonist, have always ultimately revolved around themes connected to nuclear war and nuclear energy, stemming of course largely from the usage of two atomic bombs on the country at the close of the Second World War.

This new film deals with that theme as well, with the added and hugely effective element of weariness. In a sobering dose of reality, international involvement both helps and hinders the Japanese government, especially the specter of their security treaty with the United States. This shadow of international pressure and meddling is almost as much of a threat as Godzilla himself, if not even more, as the world grows increasingly worried about what happens if the radioactive creature is not stopped in Japan and plans their own contingency – even if it means more Japanese lives lost. The term “post-war” is brought up many times, referring to Japan’s legacy in the eyes of the globe and how it hinders their ability to work and grow. This all ties in with the political events of the film at both the international and domestic level, allowing a frustrated perspective to bubble up that is culturally linked. Rando laments at a low point in their struggle that “post-war is forever,” bemoaning that his nation is still worthy of pity and scorn so many decades later, unable to be seen as capable of acting on their own to contain the threat.

The dangers of nuclear energy and cultural commentary are only one piece of the puzzle when it comes to Godzilla, though. Beneath these heavy, sobering themes, Shin Godzilla is one helluva monster movie. Perhaps the most talked about aspect of the film pre-release was Godzilla’s new look, but the movie managed to have a few more surprises up its sleeve beyond just the beady-eyed, stubby armed monstrosity. Godzilla goes through a few “stages” of development during his appearances, first floundering ashore in a state that is best described as an overgrown fish with legs, progressing from there on and offscreen to become the horrific force of nature seen in the trailers. The new designs have to be seen in action to be believed, and they too contribute to the chaos of the film, subverting audience expectations of seeing their favorite nuclear dinosaur/lizard. Especially exciting are a few new abilities related to Godzilla’s atomic breath that I won’t spoil here that are rendered spectacularly, enhancing the threat of a foe we’ve seen dozens of times before.

There are several attempts to destroy Godzilla, and each of them is spearheaded by the Japanese Self Defense Forces. Outside of anime and other incidental appearances in film and television, I don’t know that the JSDF has been the focus of any major works of fiction, so Shin Godzilla may be the first. Whatever the film may have to say about politicians and how they handle crises, it is clear that it has the utmost respect for the military. The JSDF are portrayed as competent and brave, ready to defend their home. Even in the final effort in the closing act, with multiple countries chipping in for resources and support, it is Japanese soldiers who risk their lives in the final battle in what remains of Tokyo. There’s no Super X’s and goofy miniatures this time around – the tanks, helicopters and artillery pieces of the JSDF hit hard. Godzilla just hits harder. The battle scenes are engrossing, with cutting edge special effects combining with motion capture and practical effects allowing a greater, more immersive sense of scale than the suits and miniatures of old. Despite a few noticeably inferior effects shots here and there, there is no mistaking it – Godzilla has entered the modern age.

I walked out of the theater pleasantly surprised. After the decent but underwhelming 2014 American film and hearing critics talk about Shin Godzilla, I was ready for a letdown but remained optimistic. I was rewarded with a film that, despite the language barrier and extremely rapid-fire dialogue and exposition, managed to get its extremely culturally-specific message across, while delivering on the building-toppling, flame-breathing action that has been enthralling audiences since 1954. I will fully admit that the chosen narrative style and exposition delivery will be a turn off for many when combined with the language barrier, but if you’re even a passing fan of the Big G, you’d be doing yourself a disservice not checking out Toho’s triumphant return.