Fight Crab (Switch) REVIEW – Pinch Me, This Is A Good Game

Remember when the PS2 had just the weirdest, most experimental games? Fight Crab is that but for Switch. 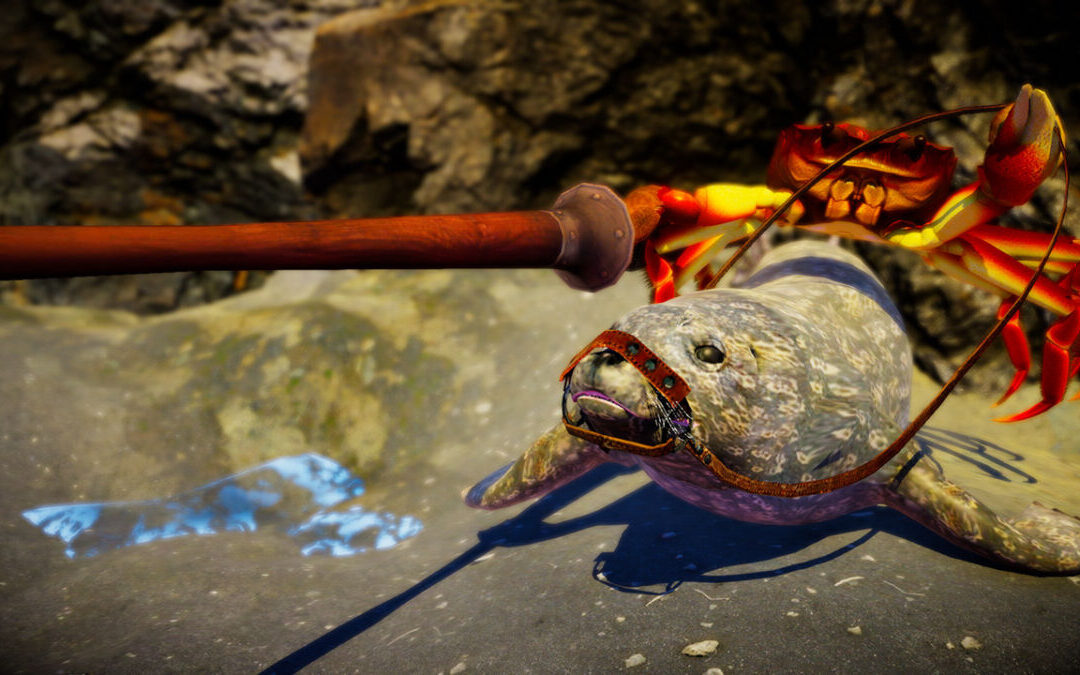 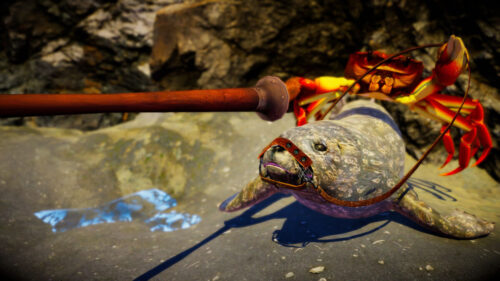 I have a revolver in one hand, a crowbar in the other. My opponent has a gigantic mace and a rocket booster. We are squaring off on a dining table, various nibbles acting like mines on our battlefield, yet only one of us will end up as food. We’re crabs, and we are going to claw our way along the mortal coil until the ultimate crab warrior is decided. Suddenly, a jetplane appears out of nowhere and rains down hell on my foe.

I have no idea what’s happening.

That sums up my time with Fight Crab, the barmy crab fighting game that’s now releasing on Switch. Over many wacky stages and in a gloriously silly finale, you are tasked with pinching and punching your way to glory by defeating all the crabs and their mates that stand in your way.

Fight Crab reminds me of the kind of game you would hear about in an old unofficial PlayStation magazine, an import that the magazine writers would be utterly baffled and enamoured by at once. It really does feel like a product of an older, crazier time of game development when you could play as a mosquito or help a polar bear with their karaoke career.

The actual crab-fighting (fight-crabbing?) offers some of the most distinctive brawling you’re likely to come across, it actually being far more complicated than mashing buttons until your opponent turns into crab sticks. Well, you can mash buttons as I did and still win the day, though there’s actually a lot to being a crab. Don’t underestimate one when you next go to the beach as you never know when one might kamehameha you.

Movement is, curiously, determined by the D-pad with you double tapping to make your crab automatically move in that direction. The sticks control your crab’s pincers in a physics simulator kind of way, though there’s a surprising amount of finesse required. While you can swing your pincers with the bumper buttons for attacks, you can also use L and R to block and grab opponents.

What this means is that your fingers will be dancing across the controller like mad, holding down L to negate an enemy’s strike while hammering ZR to light them up with your spare pincer. You can even use both pincers to get underneath your opponent to try and use your leverage to flip them on their back for the three-count, which is the way to win in Fight Crab. It’s as much Wrestle Crab as it is a fighter.

The more damage you do, the easier it is to flip your opponent on their back. While your claws will be enough for the early stages of the “story”, you’d be wise to fight fire with fire when your opponents begin to bring equalisers to the party in the form of swords, clubs and, brilliantly, even guns.

A weapon can be held in either of your claws and they can be unlocked by purchasing them in the surprisingly robust shop or by picking them up on the “battlefield”. You can swing weapons with ZR and LR depending on which claw they’re in, though you will drop them if your stamina depletes. This brings a slightly tactical edge to Fight Crab, but it’s still possible to wade in like a screaming, furiously twirling crustacean banshee like I did and still come out victorious. Words were coming out of my mouth that I didn’t think I was capable of — Fight Crab apparently brought out my inner sadist.

It’s not always completely smooth sailing, though, as you may have to go against multiple crabs at once that require you to think a little bit but not much. The trick is to isolate one of them and get them out of the fight quickly with you even being able to go Super Saiyan to deal more damage if you’re constantly getting aggro’d. Upon failure, you can actually call in a friendly crab to back you up, and then later even air support to rain down bullets and rockets. I did say it was a weird game.

Fight Crab even has a progression system that allows you to purchase different crabs that have different ranges and sizes. I stuck with the default crab, who is basically the posterboy for all crabs everywhere, but I could have also used terrifyingly leggy crabs and chunkier boys if I wanted to. Instead, I chose to upgrade my crab over time and make them a force by increasing things like power and agility, all while buying increasingly powerful weapons. On top of that, you eventually unlock the ability to have a partner crab from the start of each round and are then able to increase their abilities and give them their own weapons. It feels, weirdly, kind of like making a CAW in a WWE game, building them up over a career, and then claiming a championship belt. Except with crabs.

For as much fun as I had with Fight Crab, the main meat of it can be dusted off in a little under two hours with there not really being much to tempt you back in afterwards. With too few modes to keep it ticking over in the long run, intentionally terrible UI, and seemingly constant winks and nods to the camera, Fight Crab really is a gimmick game when all is said and done, something that distracts you for a little while — and there’s nothing wrong with that.

If you’re looking for some light relief from the very serious games released this year or have ever thought how you would handle a crab wielding a lightsaber, Fight Crab may be the game for you. Don’t expect the world from a game where a crab rides a seal and you may find yourself falling in guilt-free love.

A physical Switch copy of Fight Crab was provided by PR for the purposes of this review. 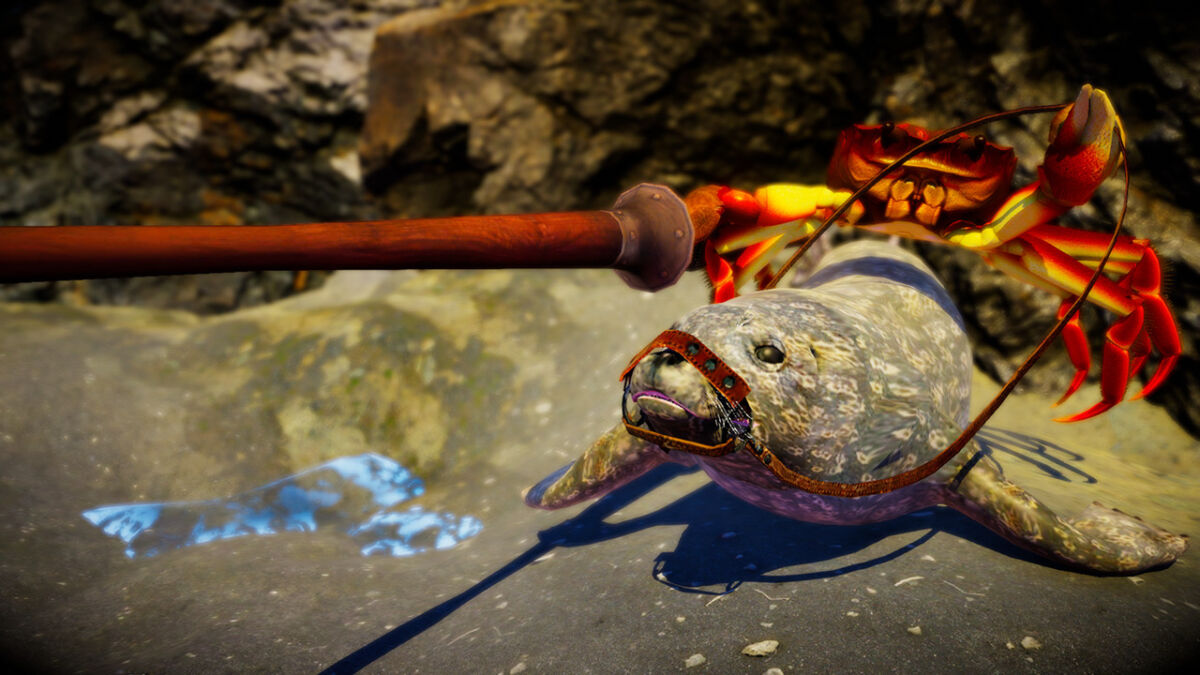 Verdict
Fight Crab is an impressively silly game with plenty of fun to offer that plays like a throwback to the Wild West days of the PlayStation 2.
7.5