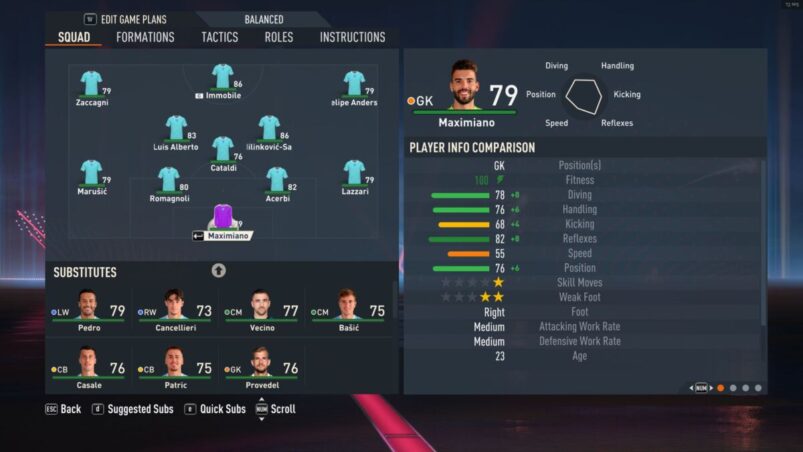 While EA Sports have managed to make just about the most complete list of licensed teams in FIFA 23, but thanks to licensing, the game is missing Lazio, an Italian giant.

Thanks to eFootball (previously PES) owning the license for the team, Lazio are known as Latium in FIFA 23. eFootball and Konami also have the licenses for AS Roma (who, are, rather pointlessly, just called Roma FC in FIFA), Napoli, and Atalanta, with EA getting Juventus back for FIFA 23 after being missing last year.

In FIFA 23, Lazio still have all the same players and play in Serie A, but there is no way of changing the team to their official name or kit.

However, you are able to change their stadium, though there’s no exact replica of the Stadio Olimpico to choose from. The Stadion Olympik is the default stadium for Lazio/Latium in FIFA 23.

How long the exclusivity deal with eFootball lasts is anyone’s guess, but as long as it continues, you won’t be seeing Lazio in any other football game going forward.