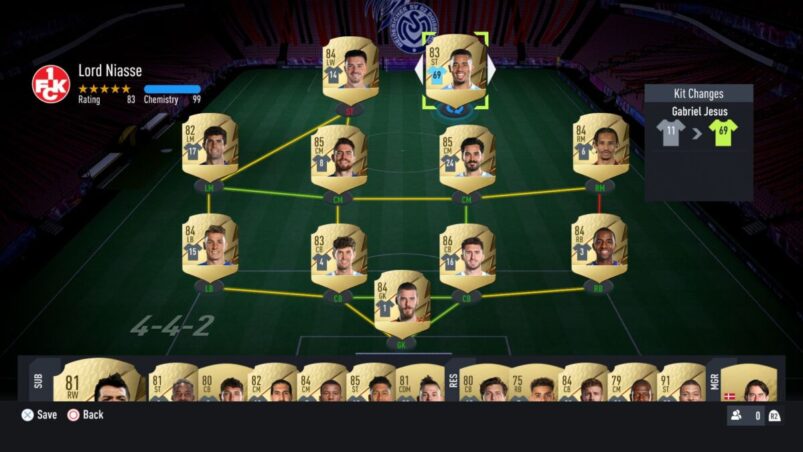 Ultimate Team in FIFA 22 is all about letting you build the team of your dreams, and that even includes things like kit numbers.

To change kit numbers in FIFA 22, go to your squad page, Squad Actions with L2/LT, then Kit Numbers at the bottom of the sub-menu.

From here, you can choose any number from 1 to 99 for a player in your squad. If another member of the squad has the same number, the game will automatically swap their numbers for you.

Changing kit numbers in FIFA 22’s Ultimate Team will come in handy for plenty of people, especially as the game seems to randomly give numbers to different players. We’ve had wingers with 9, defenders with 10, and so on.

You will also be pleased to know that EA have been nice enough to allow 69 as a kit number. Very nice.

READ NEXT: FIFA 22: How To Get More FIFA Coins In FUT