Faultland: A Dystopia For Our Times

A family and a city in crisis. 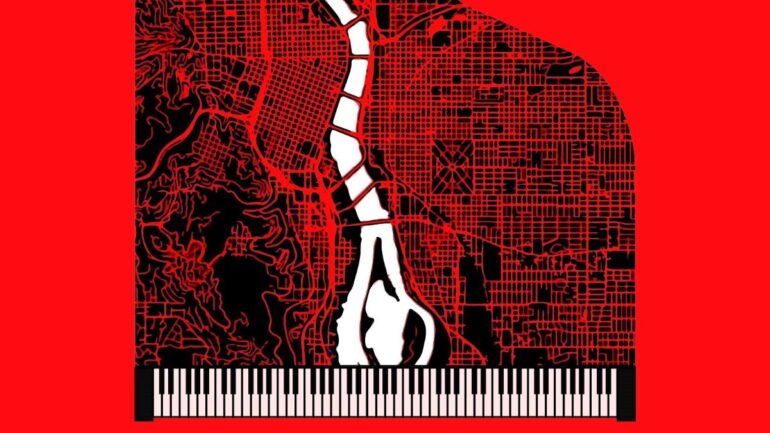 A book like Faultland is always going to a polarising read. The COVID-19 pandemic hasn’t reached a conclusion yet, but here is Suzy Vitello with a story that imagines the near-future in an America which was ravaged by the virus. There isn’t much mentioned about the rest of the world, but you can sort of assume that no one in this dystopian future came out of the pandemic particularly well. Add in the rise of far-right factions in the wake of Donald Trump’s re-election, with a hefty dose of climate related trouble too, and there is a lot in Faultland that many people just won’t want to engage with right now. If it feels too real to you, then there is always the fact that Trump wasn’t re-elected after all to give you a sense of much needed separation from the text, but I don’t think that will be enough reassurance.

Vitello must have written this book at a feverish pace last year, but it doesn’t feel as though it was rushed and – crucially – it doesn’t feel as though anything that happens is outside of the realm of possibility. A lot of dystopian novels take their apocalyptic themes quite far, but Faultland is so finely balanced that it is very easy to see this being the future that we are barrelling towards. That sense of reality will be the most off-putting thing; it is, after all, a very frightening vision, especially as we have all seen in the past year how easily things can fall apart.

But that reality is also the thing that I think many readers could benefit from engaging with. Characters in Faultland are not blind to the truth of what is happening around them. They refer to the far-Right factions as what they are – Nazis. They know that the earthquake which turns Portland into a disaster zone is coming, and they know the days are getting hotter. There is no dancing around the issues any longer. No euphemisms. Things are bad, and they need to be fixed.

Faultland is mostly, however, a story of a family in crisis. They’re in crisis before the earthquake destroys Portland, as shaky in their foundations as the city itself. Olivia, Sherman and Morgan Sparrow are estranged siblings. Olivia is divorcing her husband, with their young daughter Melanie trapped in the middle. Sherman makes his money from very dodgy business practices. Morgan is living in a cycle of destructive behaviours. All three siblings orbit around their father, Clyde, who is seriously ill with dementia, and not a particularly nice man. Their mother, the glue who held them all together, has died. It is a portrait of an unhappy family which I’m sure will not be unfamiliar to a lot of people. Sometimes families are just like that.

Vitello turns Faultland into such a readable novel by combining both of these elements – the dystopian world and the dystopian family. The family have to pull together in a way that they haven’t for a long time, to deal with the aftermath of the earthquake and also to deal with their own drama. Patriarch Clyde, the weakened lynchpin around which they have all been turning, is also the catalyst for a lot of the drama, and it is only by figuring this out that things can begin to change.

It isn’t, therefore, hard to miss the metaphor in Faultland. The earthquake is centred in Portland, but there is the very real sense that outside of the devastated city, life is continuing as well as it can. The volunteers who pour in to help have to come from somewhere, after all. Similarly, outside of the Sparrow family, life is carrying on too – they’re just so wrapped up in their own issues that it is hard for them to see. Some of that life isn’t good – the Nazis, the climate etc – but it is there, and just by existing it can therefore be changed. By focusing all the drama in one place, in one family, Vitello suggests that there is a way out of the dystopia too. This hopeful note is what many readers would miss if they recoiled from the subject matter, but by the end, people are working more actively to try and change things.

And, compared to other dystopias, that aim of a better world feels very achievable.

READ NEXT: Blood Runs Thicker: Old School In Every Sense