Far Cry 6 Has Appeared On The PlayStation Store 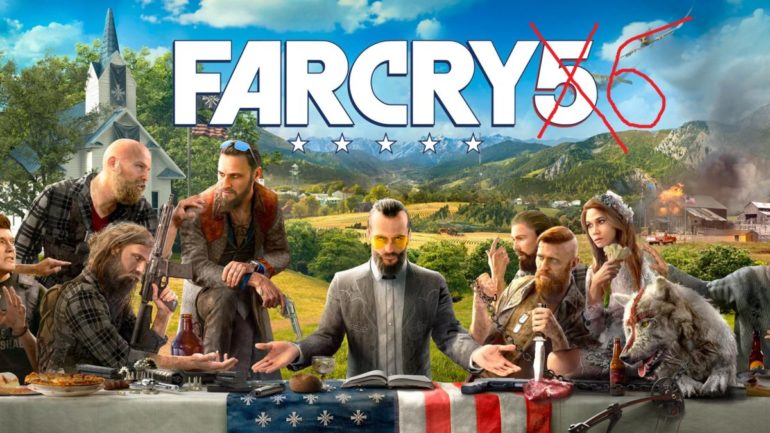 Well, looks like somebody hit publish a little bit too early. Ubisoft’s Far Cry 6 has appeared on the Hong Kong PlayStation Store, ahead of a probable reveal at the Ubisoft Forward event on Sunday. The leak has been circulating on Twitter, with the user @AlexRichards65 providing English screenshots.

In a further tweet, Alex reveals that the game’s store page states that players who own the digital version of Far Cry 6 on PS4, which is reportedly set to launch on February 18th 2021, will be able to upgrade to the PS5 version for free. It’s likely that a similar situation will occur regarding the Xbox One and Xbox Series X.

The thumbnail for the game features Giancarlo Esposito, who appears to be this game’s charismatic main villain. Giancarlo, who played Gustavo Fring in Breaking Bad, has given interviews recently stating that he’ll be appearing in a huge video game, so it would appear this is the game he was referring to.

The store description gives some information on the game’s plot. You’ll be part of a revolution in the fictional area of Yara, which is run by the dictator Anton Castillo, who intends to restore his nation to its former glory. His son, Diego, is apparently also fond of oppressing the local populace, leading to the revolution. Time will tell to see if Anton matches up to the likes of Vaas, Pagan Min and Joseph Seed, but with Giancarlo providing the talent, Far Cry 6 could be a real winner.

MORE GAMING:
– Biggest New Games of 2020 & Beyond
– How The PS5 Launch Games Line-Up Is Shaping Up
– Joseph Seed Is Far Cry’s Best Villain Yet