How to Be a Fantastic Writer 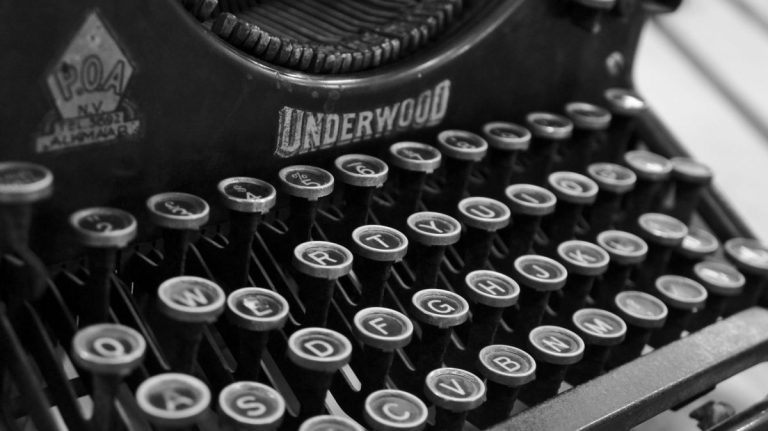 Ask almost any writer, and he or she will tell you there’s no magic bullet or secret ingredient to being a great writer. It takes practice, patience, and a lot of studying of the craft. Some writers even say it takes a certain amount of natural talent. Well, I’m here to tell you that’s all bullshit.

It took me ten years to find it, but now I know the magic bullet, the secret ingredient, the fucking special sauce of writing. It really does exist and it’s not some impossible-to-attain holy grail tucked away in a fucking cave.

It’s quite simple actually. It’s fuck. That’s right. F-U-C-K (and sometimes with an –ing or –ed). If you take any shitty piece of writing and fill it with enough uses of “fuck,” you will become a writing god.

But wait a minute, you say. Didn’t some famous writer once say that using “fuck” a lot was a sign of writerly weakness? Doesn’t that vulgar word just show your ultimate inability to elicit real emotions in your reader through masterful use of language?

Once again, bullshit. If that’s so true, then tell me who the fuck said that infinite piece of great writer horseshit. You can’t. Know why? Because it was some fake writerly douchefuck who wanted to be a great writer but couldn’t because he objected to using the word “fuck” in his own writing for some illegitimate moral reason. In today’s world, you have to write fuck if you want to be successful. Just look around. Fuck-laden stories are going viral by the second. And where’s Sir No-Fucks-A-Lot now?

Now hold on again, you say. What about all those famous writers who never said fuck? Shakespeare, Hemingway, Faulkner, Melville, Austen. The list goes on. None of them used fuck in their writing. And what about the most famous book of all, the fucking Bible? Well, most of those famous writers never made a fucking dime while they were alive. The only reason we read those fuck-less books is because everything from that time period is devoid of fucks, and we have to read stuff from every era in order to be well-read. And the fucking Bible? Come on. The word fuck wasn’t even invented yet. Don’t doubt for a second that the writers wouldn’t have filled those scrolls with every variation of fuck known to man. If Jesus had fuck in his teachings, he might not’ve ever been put up on that fucking cross. They would’ve revered him like a fucking god.

Okay, so how do you actually do it? It can’t be as simple as just using the word fuck over and over. Truthfully, it’s not. You’ve got to carefully place the word in your manuscript. If every other word is fuck, then no one is going to read your shit. It’s a fucking art. You need to apply it like you would any other language, albeit a little more liberally.

The first key is to use it for shock value. When you want to get a real rise out of the reader, throw in some fucks. But the word fuck itself isn’t that shocking anymore, so you have to spice it up. A string of fucks, like fuckity-fuck-fuck, can really help boost an otherwise shitty piece of writing. Or having characters who don’t seem like the fuck-type suddenly scream MOTHERFUCKFACE at the top of their lungs for seemingly no fucking reason can help a lot.

Then there’s the secret combo fuck. That’s where you take a regular fuck and pile it on with some other mildly offensive word to double your fire power. Like cuntfuckers or godfuckingdam. Things like that always make a reader squirm a little.

I know it sounds way too easy. Can you really become a best-selling author just by inserting more fucks into your next novel? Of course you can. It’s worked for plenty of other authors. Why the fuck wouldn’t it work for you? Now go fuck your manuscript a little harder and be the fantastic fucking writer you were born to be.