Fall Guys Has Accumulated Over 2 Million Players On Steam

That's a large number of beans. 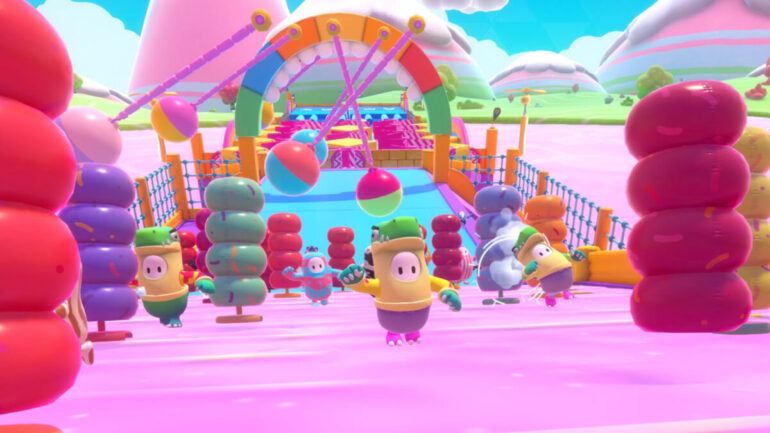 It’s fair to say that Fall Guys has become somewhat of a smash hit for Devolver Digital and Mediatonic. While its launch onto the PlayStation Plus subscription service as a claimable game was bound to create a solid foundation of support for Fall Guys, the game has been incredibly successful on Steam too. The publishers have revealed that the game has managed to accumulate over 2 million players on PC alone.

The incredible team @Mediatonic and the super chill @FallGuysGame community have put up some wild numbers in just one week!

Big thanks to all for all the great jellybean vibes. pic.twitter.com/6nW9vp6qeS

Not only has Fall Guys sold 2 million copies on Steam along, but the game has seen 60,000,000 players fall, with only 1,500,000 managing to grab that crown. The game has been a huge success on Twitch as well, with 23,000,000 hours of gameplay watched on Twitch alone. This isn’t accounting for players on PS4, nor hours watched on other streaming platforms like YouTube or Facebook Streaming.

Mediatonic’s Co-Founder & Chief Games Officer, Paul Croft, said the following on the game’s success in a press release: “It has been overwhelming and humbling to watch the launch and reception of Fall Guys. We’re incredibly grateful to all of our players for their support and have big plans for the game in the future. We’re thrilled by the response and can’t quite believe how beloved our little jelly beans have already become!”

Have you been playing Fall Guys on PS4 or Steam? Are you, like us, stuck trying to get a win? Let us know in the comments below.

MORE GAMING:
– Fall Guys’ Platinum Trophy Seems A Little On the Incredibly Hard Side
– Biggest New Games Of August 2020: Anime Football vs. Fall Guys
– Spider-Man’s PS4 Exclusivity In Avengers Is A Bit of A Bad Look