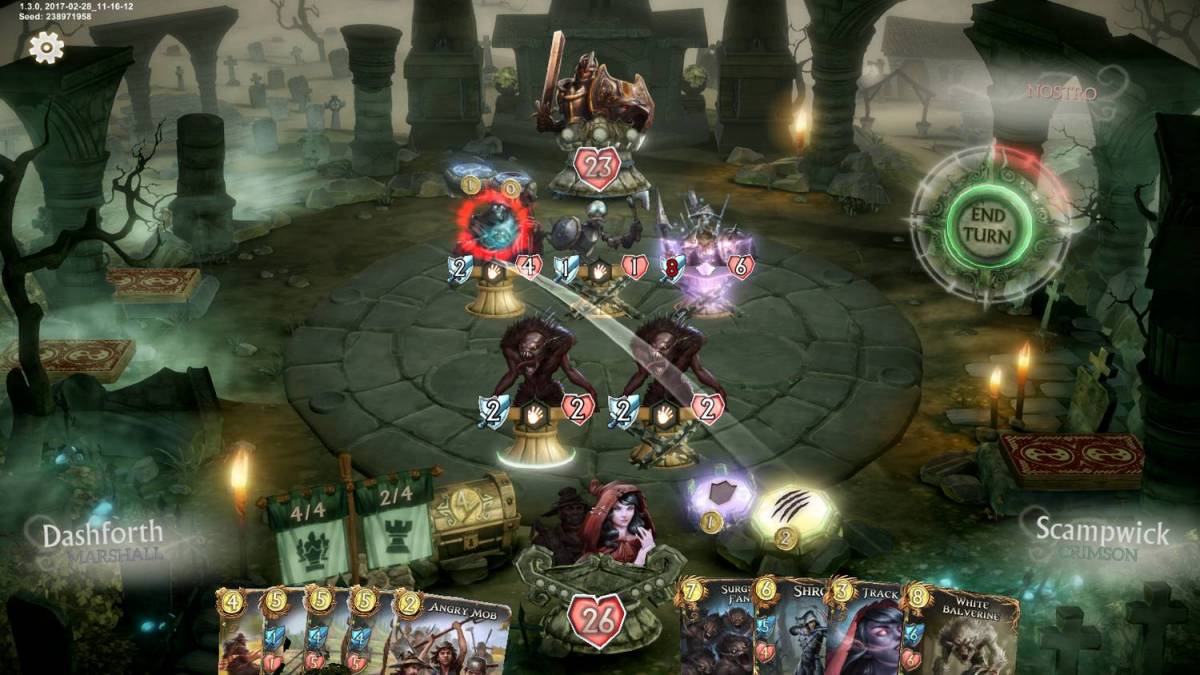 DISCLAIMER: THIS GUIDE IS SOLELY FOR THE PVP MODE. I HAVE NOT HAD A CHANCE TO PLAY THE COOP PVE MODE.

As with every card game, Fable Fortune comes with its own set of cards, effects, heroes and mechanics. Although there are strong similarities with card games like Hearthstone and Magic: The Gathering, Fable Fortune brings its own special set of rules to the table regarding heroes, as well as other mechanics that take some getting used to. All of these are welcome changes, which go to show that Fable Fortune has much more thought poured into it than you might think at first, with card game fatigue slowly starting to creep in.

One big thing to mention is that there is no “mana” in this game. Well, technically there is, but it’s called “gold”. Every game, you start with 3 gold, and each turn, the amount of gold you start your turn with is raised by one (until you reach 10). So in turn two, you have 4 gold, in turn three, you have 5, etc. You can not use any effect in your enemy’s turn unless it is an effect of a card already on the field

The player going second gets an additional card from his deck in his first turn. This is called the trophy card. It is a 0 mana card that is separate from the 30 card deck, however still has to be set for each deck.

There is a mechanic comparable to the taunt keyword from Hearthstone. However, in Fable Fortune, this effect can be triggered for any unit, simply by paying one gold. When a defending unit is given “guard”, the attacking player can no longer attack any unit without guard, or the defending player, until the defending player has no more units with guard.

Along with the guard power, each hero also has their own hero power, which can be triggered for two mana. Both this hero power and the guard mechanic can only be triggered once each per turn. 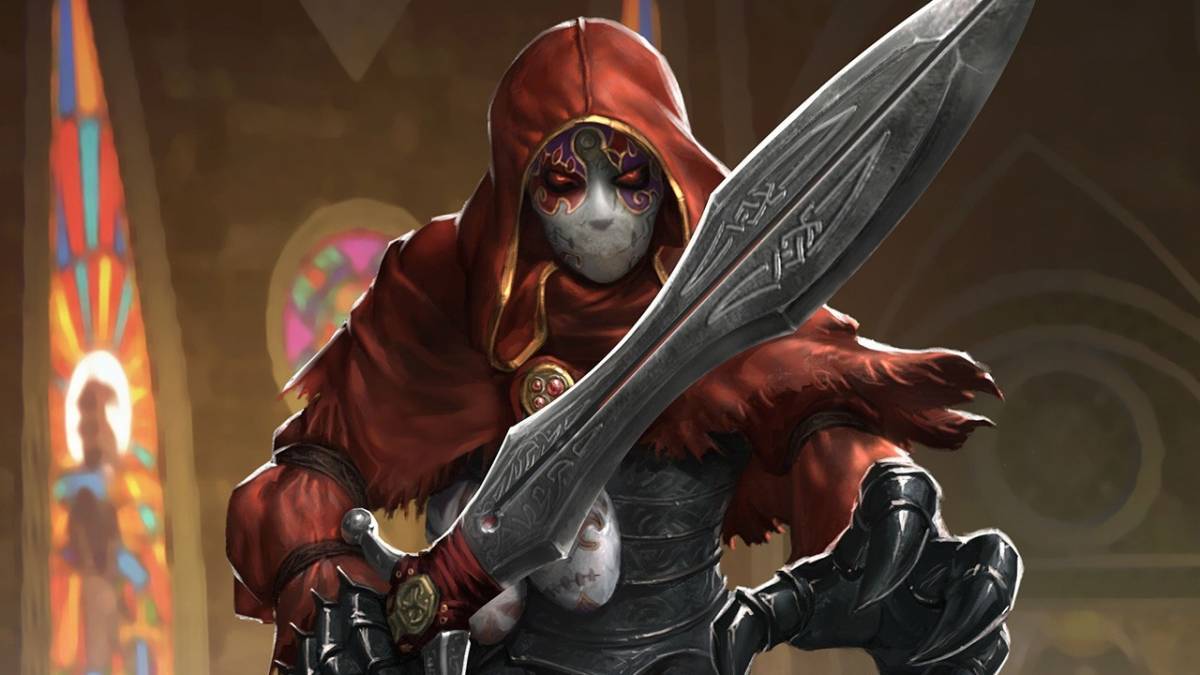 At the beginning of every game, you have to choose a quest. These have to do with summoning special types of units (for example “units with a higher toughness than health”), using certain types of spells (for example “spells that cost more than 2 gold”), or just spending a certain amount of money. These quests change from time to time, though only over the course of days or even weeks.

Once you have completed such a quest, you have to choose whether you want to take the good path or the evil path. Your hero power changes, and so does your icon. You’ll also gain a light, blue for good, red for evil, in the three circular slots under your hero icon. Not only that, but you also get a card that was taken from your deck at the beginning of the game into your hand.

You can complete three quests per game, though as of now, your hero power cannot be upgraded more than once, although you could switch from good to evil or vice versa both times after your initial choice. 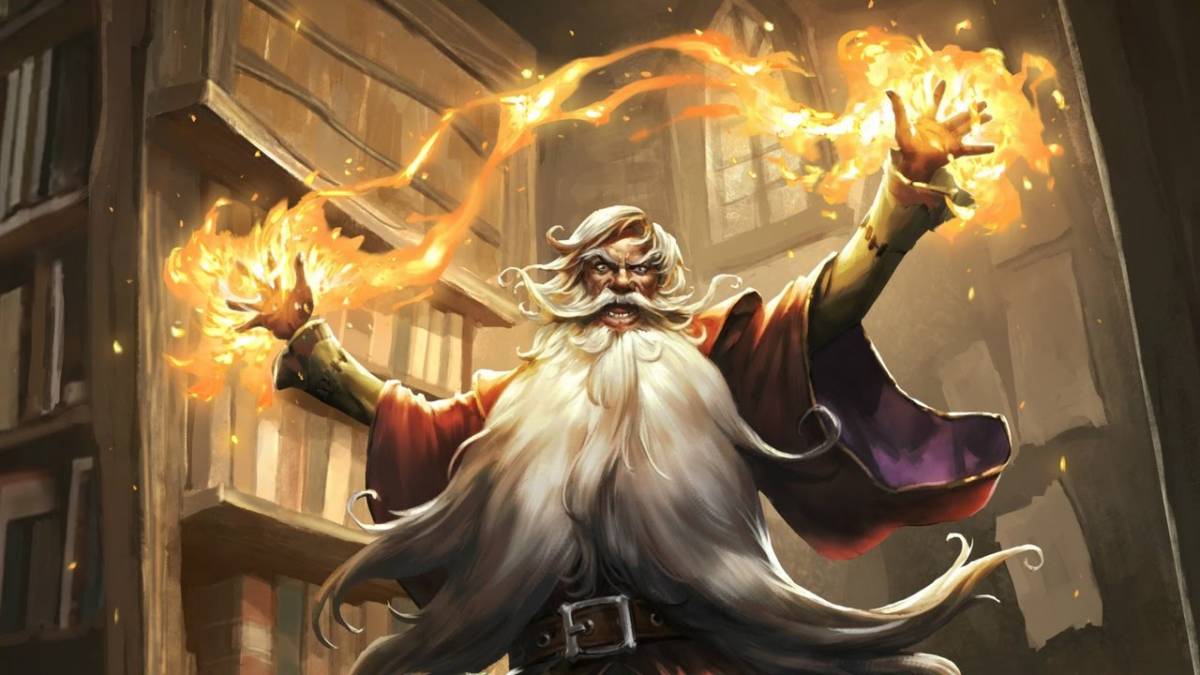 One of the first things you might notice when playing the game is that the cards have a bunch of highlighted words on them that you may or may not understand, so for the sake of clarity, here’s a list of the keywords you should look out for. Effects that say “[EFFECT] a unit” will obviously have the same effect, just more widespread if it says “all enemy units”.

Character – any unit or player.

Silence a unit – target unit loses all abilities (including the guard effect).

Rush – this unit can attack in the turn it is summoned.

Invest (+x) – You may pay x extra gold to trigger an additional effect.

Deflect – The first damage dealt to this unit is negated.

Big Entrance – When this unit enters the field, an additional effect is triggered.

Safeguard – when this unit is given “guard”, an additional effect is triggered.

Last Laugh – when this unit dies, an additional effect is triggered.

“Morality(x): transform this unit” – if your morality level is x or higher, this unit is transformed when you play it, turning into either a good or evil version of the previously neutral unit.

Conjure – you may choose one of three random cards of a certain type.

Eulogy – if a unit has died this turn, an additional effect is triggered.

There are six different heroes. Each of them has a distinct playstyle and hero-specific cards, as well as their own hero power.

Alchemist – The alchemist whips up concoctions that specialise in manipulating the strength and health of units on the field, as well as utilising combos to pummel your enemy into the ground, either by establishing dominance with your units or pushing their health down with spells and abilities. Her hero power summons a vial (into your hand) which can give a unit more health or more strength, or even do more than that (depending on your morality level).

Gravedigger – Not to be confused with a gold-digger, the gravedigger has her great-great-great granddad’s skull and his spellbook and uses them to overrun the enemy with units. Either by summoning them from your hand or bringing them back when they die, as well as clearing the board so you can charge in without any hindrances. Cards with “Eulogy” also fit in these decks, giving you added effects if a unit has died this turn, even if it was brought back to life. Her hero power summons a 1/1 Crumbling Corpse with Rush that dies at the end of turn, helping you to wipe the board.

Knight – Although he used to be a pig-farmer, the Knight is more than competent at defeating his enemies. He specialises in summoning peasants and increasing the strength of his units, to help him conquer with brute strength. His hero power summons a 1/1 peasant, which can be made stronger with the help of spells and abilities, helping you tear down the enemy with pitchforks and pigs.

Merchant – If there’s anyone you can trust to give you a little bit of money in times of crisis, it’s the Merchant, with cards and abilities that focus on acquiring gold and upgrading what you already have on the field, as well as what’s in your hand. However, the Merchant also understands that to get more, you also have to pay more, and so cards with the “Invest” keyword are not amiss in his deck, giving you cards that can be played in the early game for low cost, or later in the game for a higher cost, but also more impact. His hero power gives you a gold coin, effectively putting you ahead of the curve in mid-game.

Prophet – When you find your health care is not what it used to be, you might want to have a word with the Prophet. Having found a lost city in the desert, he uses the technology to heal his units, and increase their and your health, giving you more time to whittle down the enemy. His hero power heals any character for 2, which is a fair investment, letting you save your units from imminent doom, or even just saving your own ass.

Shapeshifter – Able to turn into a wolf (this ability is sadly not useable as a unit), the Shapeshifter prefers to deal damage and stop the enemy from attacking, whether it be by death, or by being stunned. This brutality is also shown by an abundance of creatures with rush, and effects that either deal damage, or profit from damaged units. Her hero power deals one damage to an enemy, which can be helpful to deal a fatal blow to pesky guard units or even the enemy player.

With its hero power and guard mechanics, as well as quests and morality levels, Fable Fortune tries to minimise the impact of RNG in a genre plagued by it. If your strategy is not going as planned, you can always try to complete your quest first to get an additional card into your hand that might turn the whole game upside down. As card game enthusiasts know, all you have to do otherwise is “Believe in the heart of the cards!”