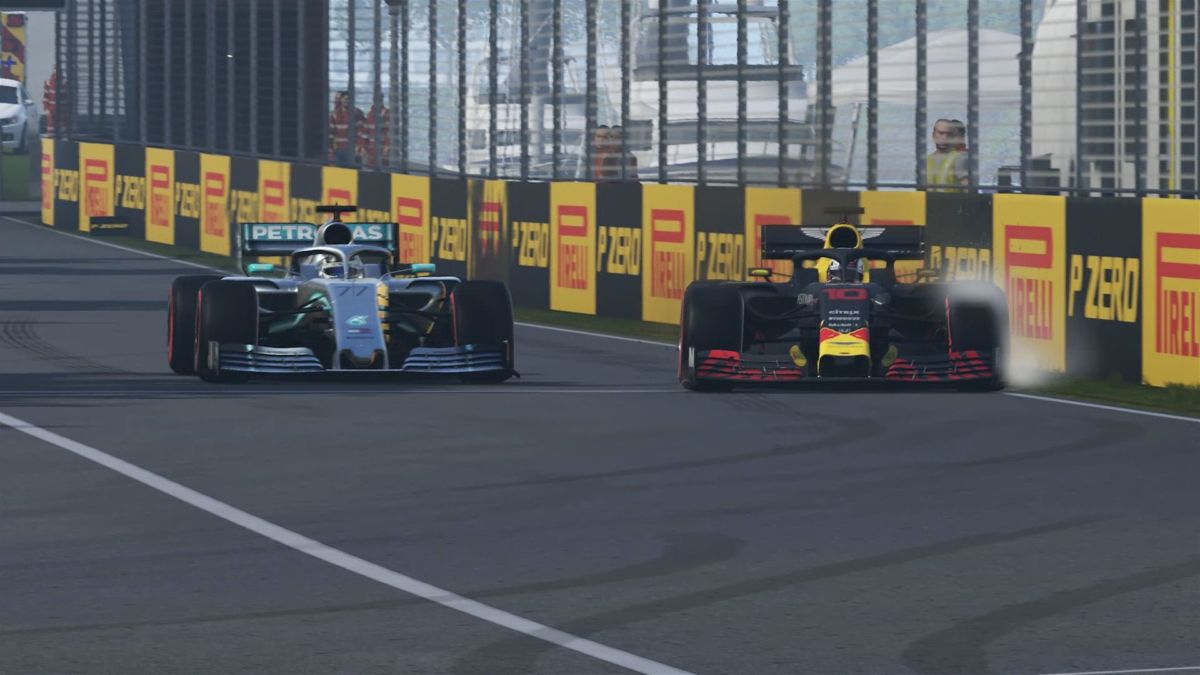 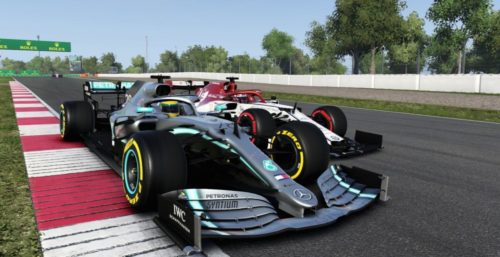 Codemasters have done an excellent job over the last few years when it comes to the Formula 1 license. They have been able to release high quality games for almost a decade now with just one or two exception, the most obvious being the poorly received F1 2016 that was rushed out to launch on the new PlayStation 4 and Xbox One hardware.

With so many titles under their belt it is easy to feel confident that they will deliver when it comes to their latest game. The question is, though: does F1 2019 does enough to differentiate itself from its predecessors? After all, fans will not want this franchise to turn into yet another annually releasing series that just settles on upgrading the visuals and updating team rosters. 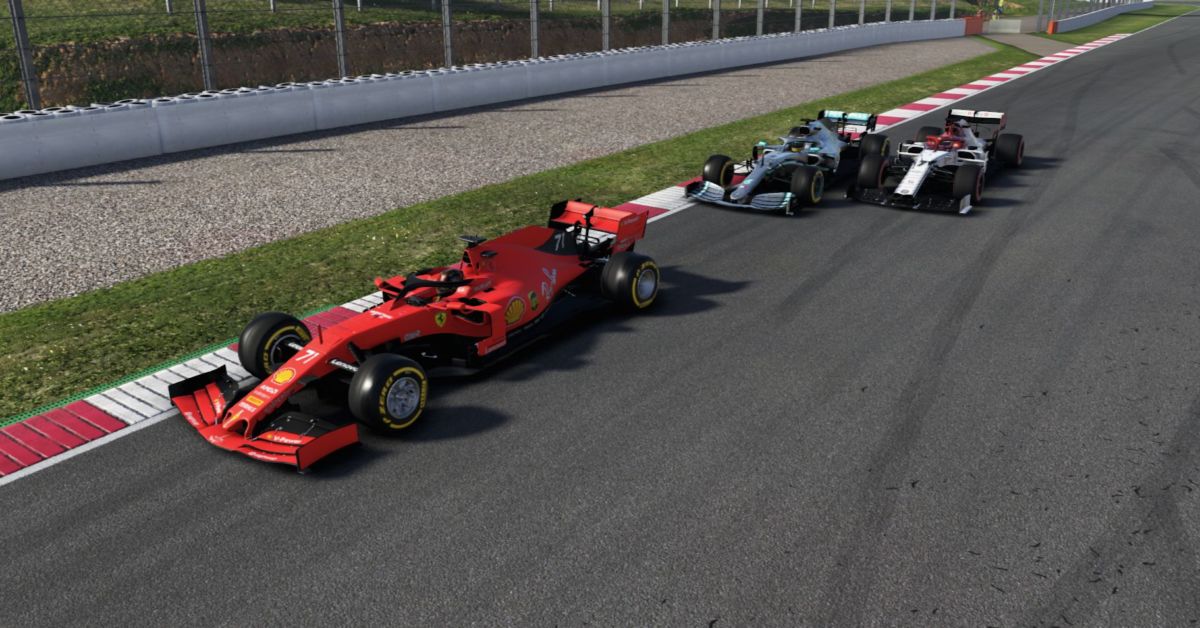 The good news is that Codemasters have done a lot to make sure that F1 2019 can stand apart from their previous efforts. You can expect the regular gameplay improvements and extra content but the developers have gone a few steps further this year by introducing some interesting features. These include a brand new racing series in Formula 2 and more story elements to the career mode. These two intertwine as well, providing a new starting point to your career that makes it feel more like an actual story.

Formula 2 makes its first appearance right at the beginning of the career mode. Players have to choose their team and a driver academy. This is an important decision because the academy you choose will influence which teams offer you a contract when it comes to entering Formula 1. Rather than complete a full Formula 2 season, F1 2019 puts you into specific scripted situations where your driving skills will have to come into play. 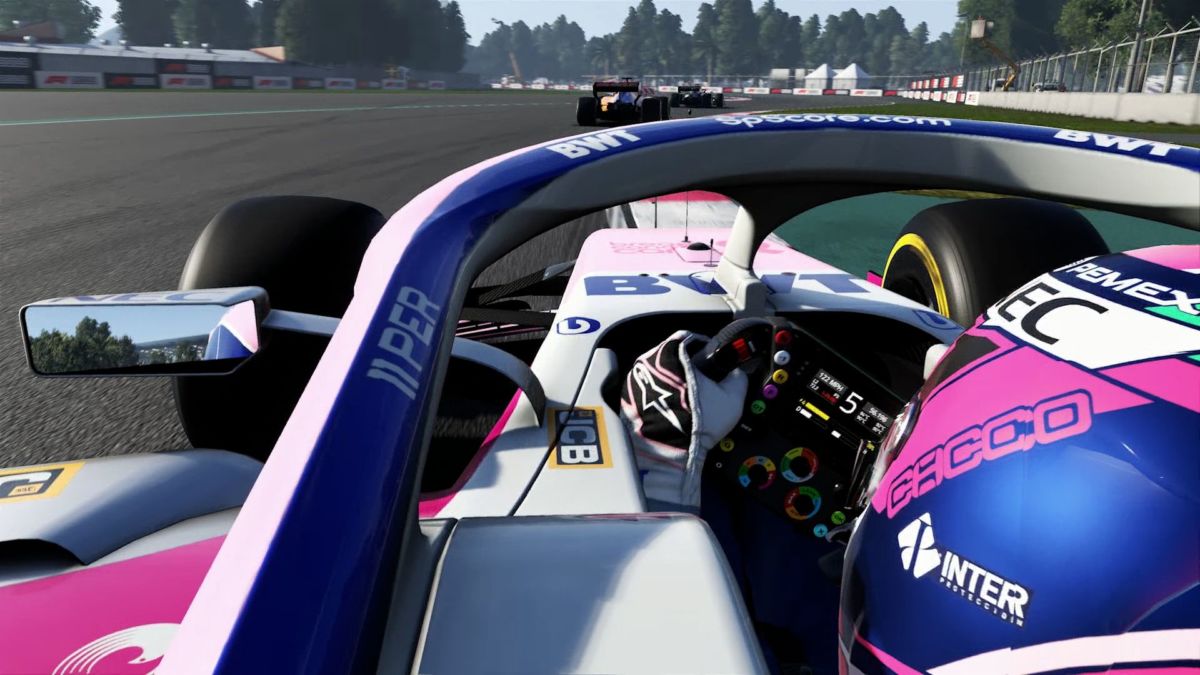 It is here that you are introduced to Devon Butler and Lukas Weber. Butler is an annoying British driver who thinks he is the best thing since sliced bread while Weber is a more friendly and approachable German driver who is in the same team as you. According to how well you perform in the scripted moments, you will see a selection of cutscenes with these racers that add some extra spice and rivalry. After completing the challenges you’ll be offered contracts from various Formula 1 teams and the two other named characters will get promoted alongside you.

This new rivalry system is an obvious attempt to imitate the plot-heavy story modes that have appeared in the likes of FIFA, Madden and NBA over the last few years. While it is a nice element to include, it doesn’t have any of the lasting impact that other games have managed. Once you get into Formula 1, the narrative takes a back seat and there are no more cutscenes or scripted moments to help add to the drama. 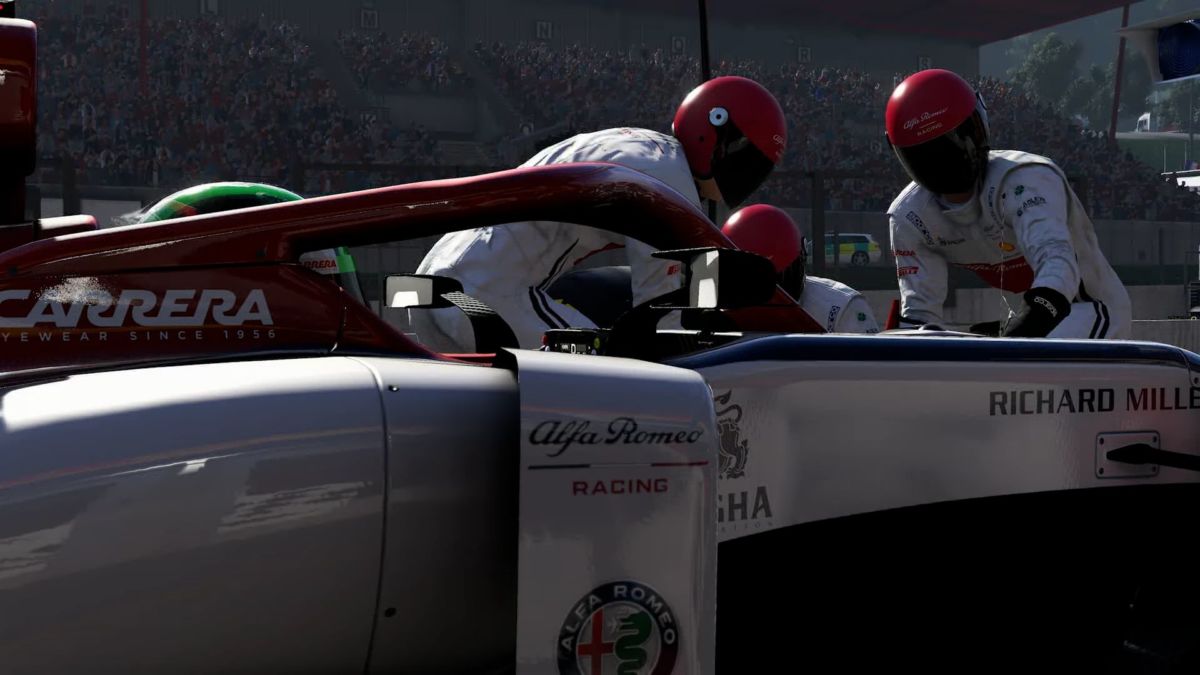 While the characters remain, they just replace other drivers and the mode progresses in much the same way as it always had, with you competing in season after season. I suspect Codemasters might have done this as a sort of baby step to lay the foundations for a more rounded plot next year. Despite those complaints it’s still a decent way to introduce the Formula 2 series to players, which can be more fully explored as a complete season from the main menu.

Multiplayer has seen some interesting changes too. You no longer have to pick one of the established teams when you go racing online. Instead, it is possible to customise your own livery and appearance so that you can stand out from the pack and feel like you are racing for your own outfit. The options are limited at first, although it is possible to unlock more liveries and colour schemes by competing in additional races. 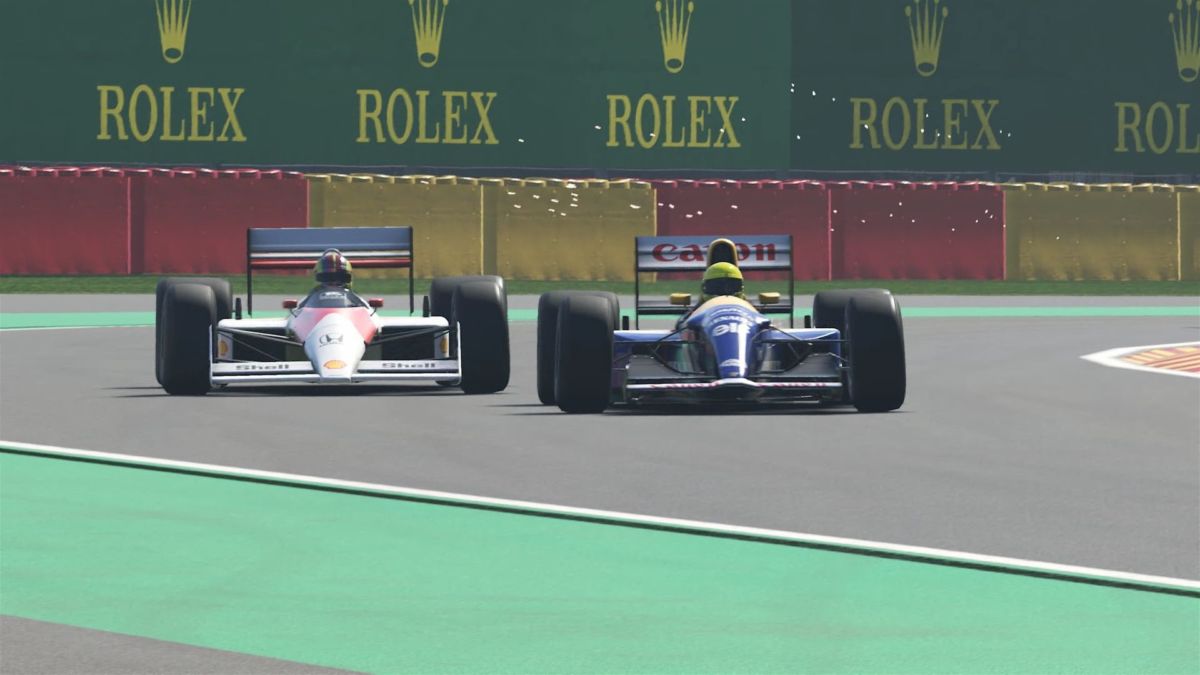 READ NEXT: The Best PS4 Racing Games You Should Play

Don’t expect to be able to pimp out your ride like in Forza. F1 2019 puts a lot of restrictions on what you can do when it comes to customisation and you are trapped into choosing the designs included within the game. Still, this is a good step in the right direction for a franchise that has previously only allowed you to switch out the helmet you wear during a race.

Along with the return of online leagues, the developers have also included weekly challenges. These are timed events that let you take part in a full race weekend and compete against others in practice, qualifying, and a race. The best results are then listed on the accompanying leaderboard. Testing the multiplayer features extensively was difficult due to the limited number of people playing, though the weekly challenge worked fine and I did not experience any noticeable problems with lag or drop outs. 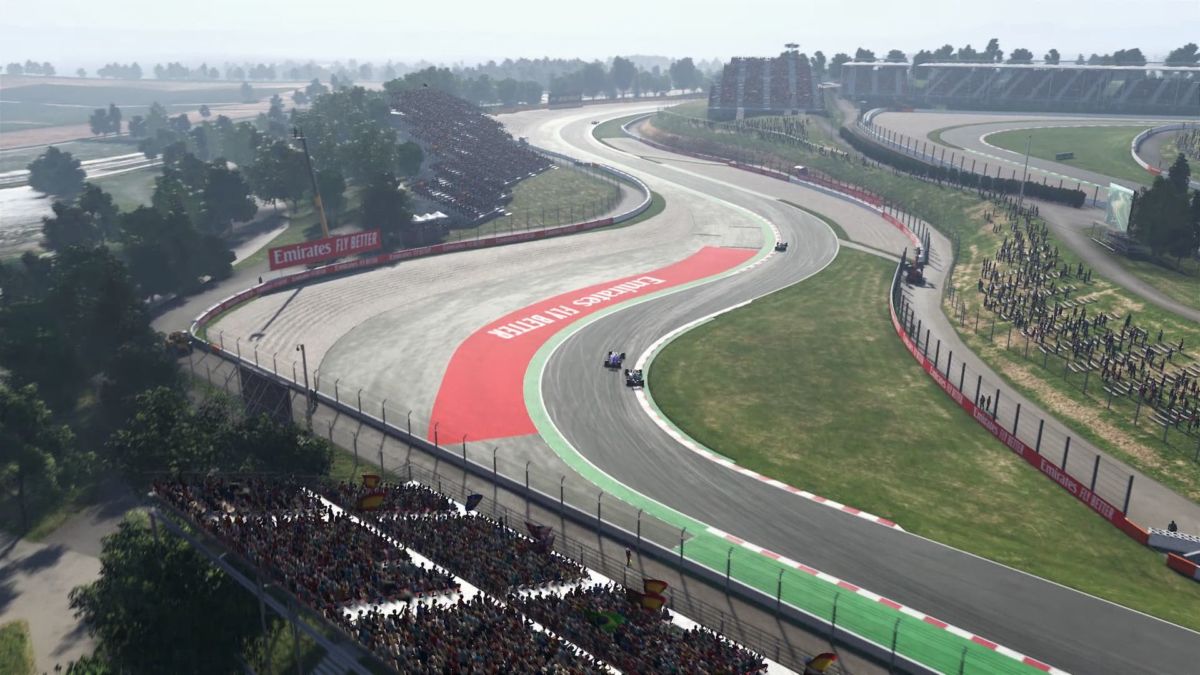 One thing that did frustrate is the harsh penalty system. Going off the track even slightly will disqualify your lap time and result in an added 3 seconds penalty if you do it again. This can wreck your qualifying or race very easily. Playing unranked matches with less strict enforcement of the regulations is one solution to this problem but it would have been nice if ranked races did not punish players so severely.

The gameplay is much the same as you will have experienced if you have played any game in the series. Adding Formula 2 vehicles and extra classic cars does provide some variety. They each have their own handling characteristics and driving style, although nothing will change drastically. The cars themselves do feel more responsive as well, so much so that it can be easy to overdo an action, meaning you have to be very sensitive with your movements on the thumbstick or steering wheel. Perhaps the biggest enhancement is to the AI of the CPU drivers. They seem to possess far more situational awareness this year. Driving alongside them or jostling for position is no longer the huge risk it once was as they are less likely to just barge into you. 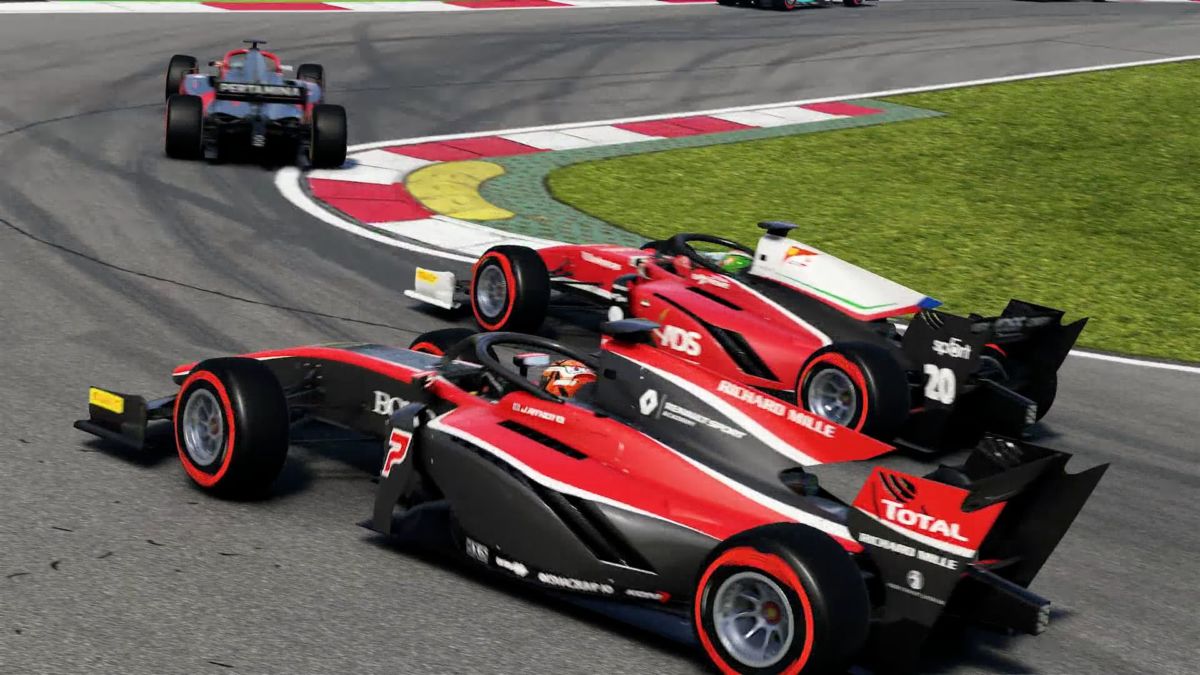 F1 2019 also comes with a few extras that add to the overall experience. The Showroom is one particular example, which gives an overview of every vehicle you can find within the game along with a brief history about it and the team. This is especially useful for the classic cars as you can get a good understanding of why that model has been included and what makes it special. There is also the Theatre, which automatically records the best moments from each of your races for you to look back on. It is a clever solution that means you don’t have to record a full session and can pick out dramatic or impressive moments easily.

When it comes to the presentation, F1 2019 is streets ahead of its predecessors. Tracks now have far more detail than ever before, with better lighting to highlight the bumps and cracks in the surface of the tarmac. Just as impressive is the effort that has gone into the background, so that the environment around the circuit now looks realistic and accurate to what you’d see on the TV for an actual race. Thankfully, the menu system has been given a facelift as well, taking inspiration from EA’s sports games to make good use of the space available. Finding where you want to go is no longer the chore it used to be.

Even with all the new features and the improvements made across the board, it is still difficult to recommend F1 2019 to anyone other than keen Formula 1 fans. Hardcore racers will revel in the ability to change every aspect of a car’s setup to maximise its performance for a specific track. However, this will likely just be daunting for more casual players.

There’s just so much that has to be taken into account in order to set the best times that it requires a huge investment on your behalf – something many users are not going, or even want, to do. The wide ranging accessibility options for driver assists and AI difficulty does mean that anyone can pick up and play F1 2019. However, they will hit a ceiling in terms of how good a driver they can be and how fast their ultimate lap time will be with most of those assists in use.

Fans of the series and those who love the nitty-gritty of Formula 1 are going to want to pick F1 2019 up. It’s by far the best instalment in the franchise yet and a significant upgrade over last year’s entry. Everyone else should try it first to make sure simulator racing is something that they can get into before committing to a purchase.

Verdict
F1 2019 is without a doubt the definitive Formula 1 gaming experience. With upgrades and improvements made to practically every aspect of the game, F1 2019 looks stunning, and gives driving enthusiasts plenty to get to grips with.
8
Buy on Humble (PC)Buy on Amazon (Console)
Cultured Vultures is a pop culture website established in 2013 covering all things gaming, movies, and more. We eat your words.
All The News On The Biggest Games